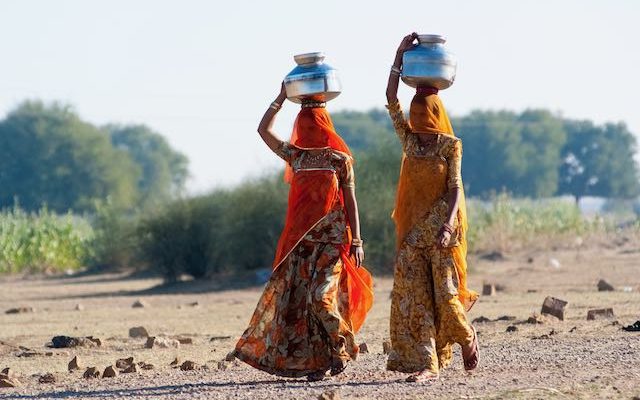 Marco Janssen proposes that games might provide the solutions to community challenges, rather than nudging things along with subsidies and other interventions.

India is running out of water. At least 20 major cities are expected to run out of clean drinking water during the summer of 2020, leading residents to depend on emergency government water tanks. Groundwater depletion is one of the causes of the water crisis. More than 90% of groundwater is used for irrigated agriculture. How can India get more water-efficient agriculture? Price policy is not an option since most farmers do not pay for the electricity that powers their pumps.

Since 2013 I have been working with colleagues from the International Food Policy Research Institute (IFPRI) and the Indian Foundation for Ecological Security (FES) to study how we can use a groundwater game as an intervention tool to stimulate behavioural change. Our approach is to use games as a process to create a safe place to explore and experiment with new solutions to collective problems.

“At least 20 major cities are expected to run out of clean drinking water during the summer of 2020.”

It is based on the findings of the Nobel Memorial Prize winner Elinor Ostrom, who demonstrated that communities can self-govern their shared resources, such as groundwater, often better than imposed, well-intended solutions from outside. The game is not a solution in itself, but a mechanism to facilitate self-governance and allow the community to identify the problem and find solutions.

This contrasts with the experimental approach of 2019 Nobel Memorial Prize-winners, Michael Kremer, Abhijit Banerjee, and Esther Duflo. They received their award for their use of randomised control trials to measure the impact of interventions or “nudges” they designed to alleviate poverty. For instance, if this was applied to groundwater use, an intervention could be an externally-provided subsidy to reduce investment costs of drip irrigation, and the measured outcome would be the rate of adoption of drip irrigation. These external interventions are applied to the community to achieve outcomes, rather than communities being empowered to find their own solutions.

The initial study was carried out in villages in Andhra Pradesh, a state in south-east India. When I visited villages in Kadiri Watershed in 2013, the situation was dire. The wells were dry and water had to be pumped from more than ten meters deep to provide water to grow groundnuts, red gram, cowpea, and sunflower. Those villages have about 100 inhabitants and village meetings happen daily.

FES had been working in this area since the early 1990s and mainly focused on restoring vegetation to capture water during the monsoon period. I could see the calculations of water budgets on the wall of the community centre as evidence of the engineers brought in to explain the need to save water.

The villages I visited in 2013 were part of a programme to teach communities to measure and monitor the groundwater levels themselves. The expectation was that teaching villagers the basics of water budgeting and measuring their groundwater levels would change their farming practices. However, this was not happening.

“When I visited villages in Kadiri Watershed in 2013, the situation was dire.” 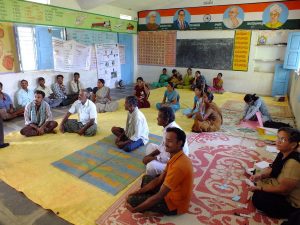 After the game is played with a few groups in a village, a community-wide meeting is organised to discuss the game and groundwater issues. A facilitator asks questions about what happened in their games and whether similar issues happen in their community. In one of the first villages we played the game a farmer lamented, “’in the past’, you came with engineers talking about water budgets, but now, after playing the game, I understand what the problem is”.

The game facilitates a safe place to explore, discuss and experience new solutions. Our experience is that the game helps villagers to derive a better understanding of the problem. Before farmers had powerful electric pumps, the use of manual water pumps limited groundwater extraction. The new technology led to problems never experienced before, and farmers often related the groundwater levels direct to rainfall, as in the past, and not to the choice of crop. The game improved farmers’ mental model of the problem, which helps them to find their own solutions.

“The use of the groundwater game is currently scaled-up to another 2,000 villages.”

Since FES is not promoting a specific solution when they play the game with villages, it can be tricky to measure the impact of the games as an intervention. It is not about the number of hectares that shifted to drip-irrigation. However, in about one-third of the villages where FES played the game, choices were made in the months after the game that lead to water conservation such as the use of drip irrigation, restoring vegetation to reclaim rainwater or alternative crop choices. This was in contrast to the control villages where the game was not played. So the randomised control approach is still relevant.

After our initial pilot study FES has been using the game in some of its community work. With funding from the German Ministry for Economic Cooperation and Development, the use of the groundwater game is currently scaled-up to another 2,000 villages. This will help us to study how this intervention can be implemented on a large scale with measurable impacts. In the longer term, the ambition is that the use of the groundwater game with structured debriefing will be part of the toolbox of various NGOs and extension agencies.

What Ostrom’s work demonstrated was the importance of bottom-up solutions for local problems. With this groundwater game, we can potentially facilitate those initiatives to contribute to a solution for a continent-level crisis.

For further information on the groundwater game click here.

Marco is a Professor in the School of Sustainability at Arizona State University, USA. He is also the director of the Center for Behavior, Institutions and the Environment at the … 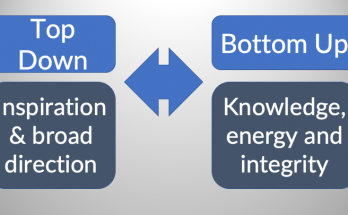 Mindful Economics and the Circular Economy