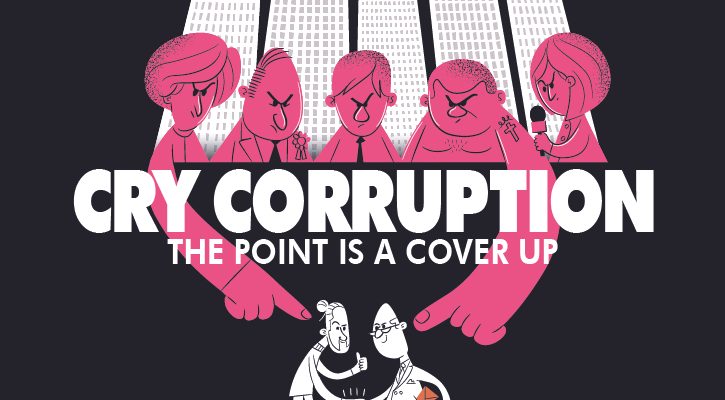 After all, it’s hard to bite the hand that feeds you.

As a teenager, I recall my father informing me that to make real money you need to be close to the money. He worked in industry, while many of his peers had left to work in the City.

This statement may have been more career advice than judgement, as later he encouraged me towards an accountancy qualification. To be fair to him, I think he just wanted me to have a safe qualification to mitigate my crazy desire to study philosophy.

He was killed in a car accident in the early 80s so never saw the huge increases in City salaries and bonuses after regulatory liberalisation in the late 80s, Thatcher’s big bang. When he died, he had recently been made managing director of the small engineering company where he had been all his working life. So he also missed out on the huge increases in salaries and bonuses to company chiefs since the 80s relative to the shop floor workers.

I wonder how he would have felt about those. He was an intensely moral man, yet I would imagine that like most receiving those huge increases in income, he would have thought he had worked for it and deserved it. But over the past four decades, a small section of society has managed to capture a significantly larger share of the wealth generated. Is this corruption?

It is not as if these “Masters of the Universe” have made the economy perform better by any measure. Economic growth has been consistently lower since the 80s; wellbeing levels have been static at best; and the ecological crisis has deepened. Perhaps it would have been much worse without them.

Last year before the pandemic, I escorted my mother to the thanksgiving service of a distant cousin. It was at the Guards’ Chapel by St James Park reserved for the great and the good. He had owned much of a bank and died with a personal worth in the billions.

He was by all accounts a kind and decent man. But was he also a top beneficiary of a corrupt system? How was he different to presidents of corrupt countries on whom we pour opprobrium?

Closer to home, what about people like me who have been the beneficiary of the huge gains in London house prices?  Are we beneficiaries of a corrupt system?

Small time corruption is easy to see: bribes, backhanders, insider trading, crony networks and all that. But is doing someone a favour always corrupt?

Even more challenging is how to assess whether an economic system is corrupt. We don’t even seem to have an obvious positive word to describe an incorrupt one. Luckily in this issue we have  a range of contributors to help us explore this challenging terrain.

Geoffrey Hodgson looks at how economics confuses the nature of corruption, Riccardo D’Emidio focuses on corruption and social norms, while Luca Andriani and Gaygysyz Ashyrov suggest happier societies could be less corrupt. Paul Frijters proposes that we invent new gods to tackle corruption, while Alena Ledeneva talks about what she has learnt from corruption in Russia.

We have a range of other articles with links to the question of corruption. Blair Fix shows how mainstream economics avoids talking about power, Howard Stein recounts how economic teaching in Africa was brought under the power of orthodoxy and Simon Sherratt looks back at the birth of the Bank of England’s power to create money. Daniel Jones asserts that the power of finance needs to be regulated to address deforestation while Rick Rowden examines the power of multinationals to influence developing country legislation.  This all raises the question: is not abuse of power at the heart of corruption?

Tom Bergin, a journalist who has exposed corruption, talks about how economics seems to legitimise corruption, while Tim Jackson discusses the potential for us to escape our obsession with economic growth that often benefits only a few. Dirk Ehnts and Michael Paetz look at the fine fiscal mess the Euro area is in and Lindsey Hall injects some optimism with stories of grassroots social enterprise.

Frances Coppola explores the question of trust, The Outsider looks at the US under Biden and Verity Bastion is disturbed by a war over parking spaces.

Much to get your teeth into as lockdown continues for many.

Wishing you a jab of freedom soon.