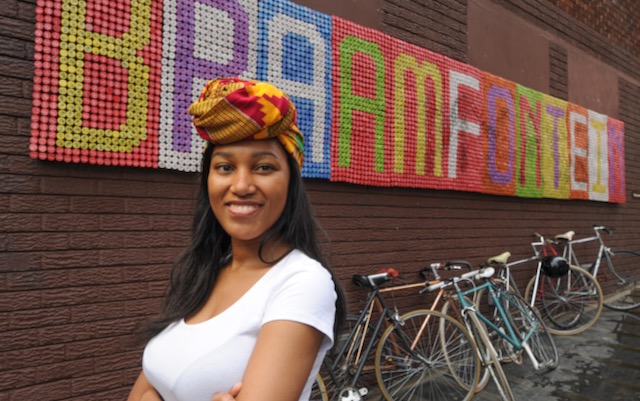 Zodwa: “It is extremely important that we create independent ways for the people to make money.”

A bicycle tourist business run as an aside has morphed into a potential community bonding service and a finalist in the Festival for Change Challenge 2020. Henry Leveson-Gower talks to founder of PedalPreneur, Zodwa Manitswana.

Early in 2019, Zodwa Manitswana had an idea for a business in South Africa’s largest city, Johannesburg, where she lived. At the time she had the idea, she was working as a duty manager in a hotel in the city where she was responsible for introducing the guests to tours and other experiences. She realised that cycling tours had potential. People could see more of the city on a bicycle. And it was safer than walking. And it was healthy.

There were possible snags.

Cycling wasn’t a popular thing in Johannesburg. And there were no cycle routes. In fact the interest in cycling among Joburg’s vast population was so low that the government had decided to put a stop on a programme of cycle lane construction and switch to widening the roads instead.

Festival for Change 2020
Zodwa Manitswana and her sisters were finalists in our Festival for Change Challenge where we asked for project proposals for how to ‘Build Back Better’. They were judged by a range of experts. The criteria applied were that the project demonstrates:

Soon she pitched to a start-up incubator and won sponsorship for five bicycles. The business soon picked up. “The bicycles were stored at the hotel entrance and everybody wanted to hop on and ride around the city and get to know Johannesburg,” she says.

“And it started becoming popular around the locals as well. Like I said, cycling wasn’t as popular in the city so it was exciting for them to see a group of young people cycling around.” She had a space in the hotel where tourists could book a bicycle. And on Saturdays, when she wasn’t working at the hotel, she would take them on tours.

“She is looking to organise the individuals selling informally from trolleys.”

She and the tour guides she subsequently recruited, drew up routes that were safe for tourists to take. “We tested them several times to make sure that those streets are safe.”

So Zodwa’s business – dubbed BikePreneur – had a bike hire strand and a tourist arm, BraamByBike, each one supporting the other. It was all starting to get into gear.

Then came Covid. And lockdown.

The hotel closed so, jobless, Zodwa returned to Soweto – the Johannesburg township where she was born.

Back at home, she and her sisters, Nomfundo, Phumelele and Thando noted that the established system of people selling vegetables in the street from trolleys pushed about the township had been halted. The government had, within days of lockdown, introduced a certification system that prevented them from working.

“A lot of these people are illiterate. They just need to feed their families from hand-to-mouth, day-to-day. They trade informally and their businesses are not registered.

When lockdown eased and the vegetable sellers started coming back, she had her latest business plan. “We had the idea of using the bicycles together with the trolleys in a way that would help them continue to operate no matter what the times bring.”

Cycles, she says, will enable the vegetable street sellers to cover more ground and work for longer hours: “The trolleys can get quite heavy because they’re pushing them on foot.” Zodwa says. She is currently looking at tricycles which are much easier to move around with a load of vegetables on board. And she is looking for funding.

More importantly she is looking to organise the individuals selling informally from trolleys. She has taken on five partners – PedalPreneurs as she has dubbed them – and they have been testing a system that she says will introduce better coordination between the various street sellers which is currently poor: “The system is to move around from different streets at different hours. And to see how the PedalPreneurs will operate and work with each other without clashing with others from different streets.”

“A lot of the informal workers have no insurance and no backing to take care of their families.”

Once the coordination is settled she plans to register the business “and see what is needed to operate legally in our area.” She is also looking into ways of providing insurance for the informal workers. “A lot of the informal workers have no backing to take care of their families, should anything happen to them,”she says.  “At the moment the PedalPreneurs are independent entrepreneurs under the business. And we’re hoping that in future, we can provide insurance and give them weekly targets that they have to meet,” Zodwa explains

She believes what she is developing will be a model that can be replicated. But she is still trying to formulate exactly the relationship between the five existing PedalPreneurs and the company.

She likens the current arrangement to that in play with Uber and its taxi drivers. She acknowledges that the Uber model is predicated on not providing the usual security of employment that most employees have. But she is set on somehow combining the competitive edge of the Uber model with security for her entrepreneurs.

Zodwa says she is open to other business model proposals, including forming a cooperative. She sees value in making her venture more community-based and raising money through crowdfunding. She recognises too the marketing potential of being based in Soweto.

“I’m just hoping for more guidance and advice in terms of the structure that will work in benefiting the people and improving the economies of our villages and townships. One of our team members had actually suggested we operated as a non-profit organisation, outside of BraamByBike where the two just work together.”

Ultimately she is looking to create something that brings a positive change to communities like her own across South Africa. In her proposal for her project she says: “As the current political system has failed many people, it is extremely important that we create independent ways for the people to make money. This model can easily be passed down to their young ones… Employing young people empowers them and gives them hope which sparks innovation.”

“Employing young people empowers them and gives them hope which sparks innovation.”

Her communication skills are honed – she is currently brand and marketing manager of a tech start-up. And she says she has high-profile contacts in Soweto so the opportunities are there to exploit those skills. She has the evident drive to make projects happen and an earlier model that has promise. Her aim is unquestionably good, but she has yet to make it true with a sound plan – something that will be at least advanced by her participation and success in this year’s festival. And she can ride a bike. 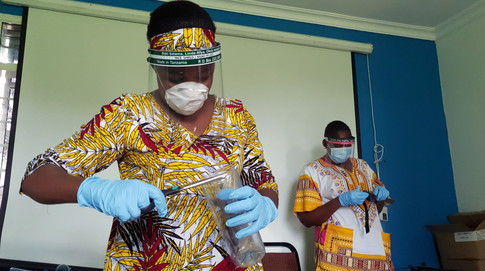 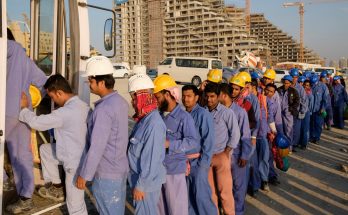 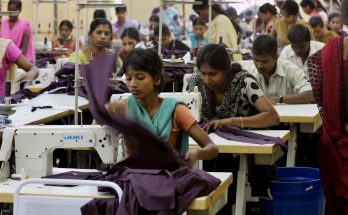