Don’t consult the map while making a handbrake turn.

What an unreality of a year so far. Society has done a handbrake turn and we are hurtling in an unmapped new direction.

We have had an abrupt ending and beginning, and we stand in the rip tide generated by those powerful conflicting waves. The Covid-19 virus is a lesser actor in this than our self-induced economic coma.

I’m a financial market person and the future-telling savants in my area have a definite new great-depression vibe hanging off them. A chief problem of being a savant is that you need to use data and some judicious historic precedent to weave a credible story. This is methodological madness under handbrake-turn conditions.

If you’ve been watching financial markets you will have noticed they aren’t following the sages and they’ve so far bounced back heroically/foolishly/immorally from record-breaking fast and deep lows in March.

In mid June, as I write, markets are volatile again. Maybe the sages will win out. Many of them will be hoping that we crash back through lows to justify their egos. Fortunately, markets are powered by the wisdom of the crowd. Messy and error-strewn, this wisdom nevertheless has no time for ego. It scrambles to comprehend the future, correcting for error as it goes.

The future is always foretold by a crank. However, it’s difficult to identify the soothsayer crank from the hordes of wingnut cranks. Let me give you my crank perspective.

We have two options for what happens from here. The first option is that we enter a debt-deflation depression. This is a hard reset of all our current economic imbalances. The last time we saw it in the West was in the 1920s and 30s.

The second option is we do something else…anything else. I’m not being facetious or trying to wind you up. I’m being profound. So what is option two?

“Fortunately, markets are powered by the wisdom of the crowd.”

Err, I dunno. But we are on that option-two trajectory and we will not allow ourselves to return to option one. You may approve or disapprove of economic measures by governments or central banks so far, but it’s myopic not to acknowledge a giant experimental revolution is underway.

What are the founding tenets of this revolution? Again, I don’t really know as we’ve still got to make-up a lot of this stuff. However, it is fairly clear that whatever prevents option one will be key. I know this is circular logic but it is the most powerful observation I can give you.

“When you read about financial elites making hay in the last decade it’s generally not the banks.”

I believe today we are more 1939 than 1929. That means 2008 to date is our version of the Great Depression; our lost and confused decade. If you try and prove that with some data based overlay it’s going to fail. But tilt the lens a bit and we can begin to see some similarities.

The 1930s and 2010s were both periods of stumbling socioeconoic policies that struggled to address societal fragilities. It’s only with hindsight’s rosy simplifying lens that we view the New Deal as wondrous. Living it was confusing, volatile and painfully slow.

Historians are too captured by the different trajectories taken by equity markets in these two decades to see that we could be nearer the end than the beginning (sovereign debt and commodity markets are a lot more similar). This misperception largely results from a very different monetary backdrop with 1930’s procyclical policy and the inescapable hard money gold-standard setting the financial market trapdoor that we stepped over this time.

The earlier period suffered from severe trade tensions and trade policy errors driven by great power politics failure after World War 1. No battles this time but the West has been in a long- running, low-level economic war with China that has now erupted into a global “trade war” since the West realised it was losing. Add Covid-19 as a new war front.

Another similarity is the combination of societal divisions; an aggressive zeitgeist of progressives against conservatives, and everyone against the elites.

And there is a lot of similarity between Franklin D Roosevelt in the 1930s and Donald Trump too.

FDR, like Trump, was an extreme populist who hijacked a new media form to propel his popularity. Both tyrannical yet feckless, clueless and shiftless in their policy responses, mainstreaming ideas viewed as dissolute. Advisors found both men impossible to please and were hired and fired at rapid rates. Both were cushioned in life and business by inherited family wealth. One unquestionable difference is that Trump is by far the better businessman (but not necessarily a good one). Roosevelt was a failure in commerce, which led him to a political career early in life, supported by his mother’s largesse.

Another similarity is the ignominy of the banks. This time we avoided a cascade of bank failures, nevertheless their importance and lustre has been diminished. When you read about financial elites making hay in the last decade it’s generally not the banks even if popular progressive lore continues to demonise them.

Most importantly of all, I think we are late ‘30s rather than ‘29 in terms of where we are in our economic malaise. The nadir of the depression experienced by ordinary people was in 1937; pain on top of pain extinguishing hope.

US entry into World War 2 in 1941 catalysed the exit from 12 years of economic struggle. Today we are somewhere in a 1937-41 parallel. When historians look back at this period they will see Covid-19 as the catalyst for the beginning of the end of our malaise. Not exactly 1941 but the lead up to it.

“US entry into World War II in 1941 catalysed the exit from 12 years of economic struggle.”

Policy response from here will be astounding, relative to the past few decades. It’s not a question of policymakers believing in some progressive vision. They will do it as they must do it. The difference between left and right from an economic perspective will be modest.

Policymakers will do all they can to keep our debt-laden economies from falling into debt deflation. A lot of private debt and consumption will be supported by government balance sheet and spending.

Nominal price increases will be desired as the easy route to debt nullification like we experienced after World War II, when for 35 years inflation remained above nominal government debt yields so that debt burdens fell precipitously. A more direct approach will be taken if it’s needed. Like debt monetisation or throwing debts into the long grass of government off balance sheet structures. Modern versions of debt jubilee.

As a financial person I believe there will be one clear signal that our societies are recovering and finding a new path; the rehabilitation and re-emergence of the importance of commercial banks.

Small businesses and entrepreneurs really need functional banks. Most cannot get themselves on a venture capital-financed moonshot. Enabling regulation that reduces the risk-weighting of business loans would be a good first step.

Free the banks, save the world. 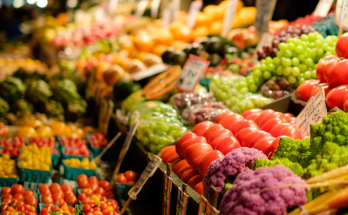