Can we avoid financial instability or has our human nature evolved in such a way that they are inevitable? Clearly Gordon Brown’s endless pronounce- ments of the end of ‘Boom and Bust’ were to say the least somewhat premature. At the other extreme, the film ‘Boom, Bust, Boom’ inspired by Minsky’s thinking suggested that evolution has hardwired behaviour into humans that inevitably leads to booms and busts. We quickly forget past problems and start to believe (again) this time it will be different. Exuberance takes over and before we know it another crash is on us. But can we learn and change? It’s a question which seems quite pertinent ten years after the failure of Northern Rock.

Richard Vague is a successful US banker who managed to avoid major financial im- pacts from the 2008 financial crash. And he believes he knows the signs to look for that indicate the system is unpicking and a crisis could be on the way. His 2014 book, The next economic disaster: why it’s coming and how to avoid it, is well worth a read – or even a re-read – ten years after the run on Northern Rock.

“It could provide the key to knowing when the economy is overheating.”

His analysis of the source of crashes is clear. Working with a team of top economists, he has analysed the causes of most historical crashes focusing on the data. His study pro- vides a compelling and quantified argument that financial discord is repeatedly down to the excessive increase in private debt and not public debt.

As he himself admits, this conclusion is not new (Steve Keen has the same take). He does, though, provide a number. From the analysis of the data from numerous crises, he concludes that in developed countries if private loans are growing faster than GDP by 18% over a five-year period, then that should generally be taken as a warning sign of an impending crash. This is important as it could provide the key to knowing when the econo- my is overheating and you need to reach for a bucket of cold water.

Before we get to what such a dousing might involve, it is worth explaining what Vague sees as the problem with excessive private debt. Firstly he actually sees some private debt as essential for economic growth and shows how historically increasing private debt has tracked economic growth. This is consistent with Geoff Hodgson’s reading of history in this issue suggesting that the development of financial institutions following the Glorious Revolution in 1688 made the UK industrial revolution possible.

“We probably need to remember that bankers are people too and they too  have seen cultural change.”

However inevitably some loans fund ac- tivities that fail and “go bad” according to Vague. A crisis is then precipitated when the proportion of debt that is bad gets too high and the truth of its badness comes out. Then confidence crashes and lenders want their money back. The run begins and because all banks lend to each other in complex inter- connected international networks, the conta- gion spreads. It is not just the local bank that fails but potentially the whole system.

Furthermore, the creation of complex finan- cial instruments hid the truth of the impend- ing 2008 crash. And then when the facts did emerge that fed the panic as no-one really knew what was going on or who was af- fected.

So what is Vague’s solution? He sees con- trolling the ratio of capital to debt in banks as the most effective way to dampen the acceleration of debt. This is a fairly stan- dard approach, but his main addition is the 18% warning figure that he claims all central banks could easily monitor and use as the point at which to start applying the brake.

So we are not doomed to eternal crashes and there is an answer. Well maybe. But will Vague’s proposed breaks really work? He recognises that banking is full of exotic instruments such as credit default swaps, securitisations and shadow banking. His pro- posal simply suggests that these and other yet-to-be-invented exotic instruments can be dealt with under further, more sophisticated regulation.

Here maybe he has too much faith in regula- tors. If Professor of justice systems, Chris Hodges, is right, regulation will in- evitably be gamed and fail unless the right informal rules, social norms and culture are in place to prevent that. And we are told that our best and brightest in the finance sector are experts at gaming and even help design the rules to make their gaming even easier.

So where does that leave us. Private debt seems to be essential to our economic sys- tem but inevitably a risk to its resilience. Al- though Vague has suggested we can monitor that risk, maybe we can only hope to man- age the risk if the finance sector has the right culture for that to happen.

Promoting cultural change in the finance sec- tor may seem naïve and Rick Bookstaber in this issue certainly is sceptical about its pos- sibility. However cultural change is possible. To see that we need only look at the degree of transformation in many parts of the world of social norms due to the environmental, feminist and gay movements. We probably need to remember that bankers are people too and they too have seen cultural change with the ‘big bang’. What alternative do we have? Cultural change clearly is not easy and not something that politicians or governments tend to lead. UK politicians have not even recognised that private debt rather than public debt is the problem when looking for a source of the threat of crash in the economy.

In contrast, and as Rick Rowden recounts in this issue, the pressure is on in the US to roll back what little regulation there is on the financial sector. It is also not clear whether the finance sec tor has fully understood what cultural change really means.

For instance it is interesting to read how cultural change efforts in a number of banks are mainly focused on designing the right incentives – suggesting you could buy the right culture. Roger Miles’s piece in this issue is also not particularly encouraging.

So how can we help drive cultural change? Maybe for a start, we need to change how we think about economics so it is clear it is about more than incentives.

Traditionally anniversaries provide a space for a national and maybe even international conversations about learning from the past. So why not join that conversation? We are organising a range of events in September to get it started.

One thing we know about culture change, we cannot leave it to the politicians or even the experts. It has to involve all of us.

Ian W. Jones and Michael G. Pollitt, September 2016, How UK Banks Are Changing Their Corporate Culture And Practice Following The Financial Crisis Of 2007-08 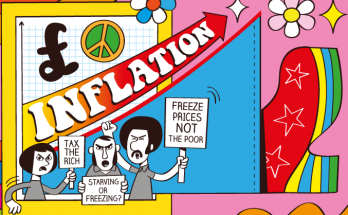