The war in Ukraine will cost the global economy at least $400bn (£300bn) this year, according to expert projections.

Global growth is set to take a significant hit but European countries will be the most exposed to the economic impact of the Russian invasion, analysis by the Economist Intelligence Unit (EIU) found.

It said the rise in commodities prices – primarily oil – is the most serious threat to the world economy, followed by sanctions on Russia that will disrupt trade routes.

The economic hit will mostly be felt in Ukraine and Russia, both of which are expected to experience sharp recessions this year.

Eastern European countries that are most reliant on Russian trade, such as Lithuania and Latvia, are also forecast to take heavy hits.

The EIU has slashed its growth forecast for Europe in 2022 to 2 per cent from 3.9 per cent.

Click here to set a reminder and join the event. 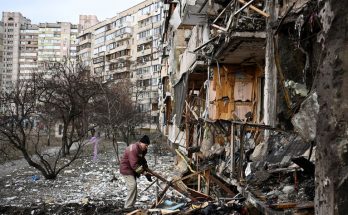