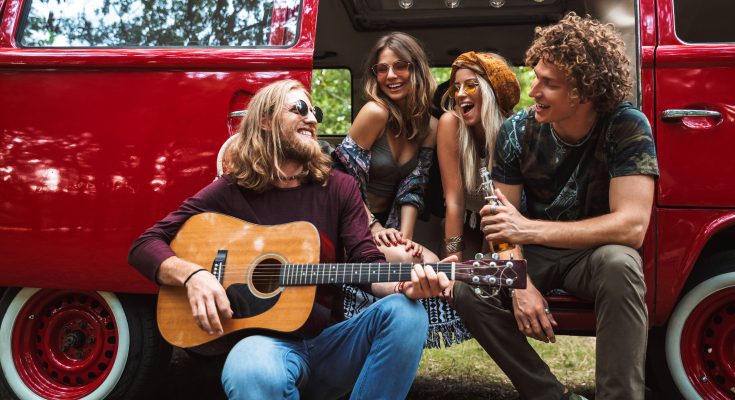 Martin Parker looks at lessons learnt from the lessons taught in business schools.

In the immediate aftermath of the 2008 financial crisis, there were plenty of people willing to write op-ed pieces for newspapers on why the business school was to blame. Not the only cause of course, because many other institutions were complicit too, but it was commonly suggested that the business school had laid the groundwork for an attitude to money and markets that was particularly damaging. Business schools taught greed.

In 2011, the American Association of Collegiate Schools of Business estimated that there were then nearly 13,000 business schools in the world. Pause for a moment and consider that figure. Think about the huge numbers of people employed by those institutions, about the armies of graduates marching out with business degrees, about the gigantic sums of money circulating in the name of business education. In 2013, the top twenty US MBA programmes already charged at least $100,000, with executive variants being half as much again. At the time of writing, London Business School is advertising a tuition fee of £82,000 for its MBA.

Of course, most schools can’t charge that much, so if we take as an example my last employer – a mid-size business school in a provincial university in the UK – then run some conservative numbers – it is a reasonable estimation that business schools globally have a fee income of at least $400 billion. Add to this the market for accreditation agencies, textbooks and journals, the information corporations who sell data, and data about that data, a global conference circuit and the people who make the mortarboards and gowns. It seems that there is an awful amount of money made in teaching about greed.

“It seems that there is an awful amount of money made in teaching about greed.”

Criticisms of the business school weren’t exclusively a post-crash phenomenon because plenty of people had been complaining about them long before then. The range of those criticisms had been broad, stretching from the idea that the curriculum was too academic and not connected to actual management practice, all the way to proposing that the business school really just encourages short-term thinking and selfishness. It was also common to point out that key figures in the crash, as well as earlier business crises such as Enron and WorldCom, had MBAs from good business schools. It is unclear just what the moral of this fact was of course. It might be that having an MBA didn’t prevent people from engaging in risky or corrupt practices, or that it actually encouraged them.

Students at business schools are rewarded for thinking about business as simply a matter of profit and loss. The curriculum teaches how to maximise shareholder value, how to sell products and services that people don’t want or need, how to avoid paying taxes and how to externalise costs onto the environment or state. In return for substantial fees, the business school makes promises about starting salaries of graduates and sells the idea that managers should be paid more than those they manage. Given the importance of ethics and politics for politicians, teachers, doctors, journalists or judges, why do we assume that business education should avoid discussion of anything but reward? Why do we accept the teaching of market-based selfishness as if it were the only view of human nature?

Often, the preface to the accusation of complicity in the economics of the crash bemoans the fact that business schools have lost trust, that they, like many institutions, have become seen to be corrupt, primarily interested in collecting feathers for their own nests. There is a common tone to much of the comment – a sense that the promise of the past has not been fulfilled.

“Why do we assume that business education should avoid discussion of anything but reward?”

There are different versions of when the golden age might have existed, but the diagnosis is common. For some the best times were those that began with the foundation of Pennsylvania’s Wharton School in 1881, based on a Republican paternalism which drove the foundation of early US schools as places to teach both character and technique. The grave responsibilities of teaching those who might rule appear to be important in the early pronouncements of benefactors and business school deans. What often comes over is that, in the US case particularly, there is an attempt at a civilising process. The business school is justified as a form of moral armament against the sins of corruption and greed which were shaping early twentieth century robber baron capitalism. So perhaps the business school used to be a force for good. But what about nowadays?

US business school employees, Rakesh Khurana and Ellen O’Connor, in their impressive histories of the institution, assert that, while ideas about professionalism, morality and civic virtues were constitutive of early US schools those “higher aims” have been degraded into the production of “hired hands” – obedient servants of large corporations. A slightly different version of this can be found in Mie Augier and James March’s version of the business school of the second half of the twentieth century, The Roots, Rituals, and Rhetorics of Change.

Following criticisms of the quality of US research and teaching as “wastelands of vocationalism”, a now-famous report by Robert Gordon and James Howell, Higher Education for Business, in 1959 resulted in a concerted attempt to move business education into the space age.

It spawned the idea of a school driven by science and decision models, by the firm conviction that society and organisations could be properly governed by technocrats and technology. This was the application of physics envy to public policy, a place which attempted to be value-neutral in the service of a wider social good, a university for producing New Deal planners with computers and a sound knowledge of the laws governing human behaviour in groups.

In all these accounts we have some common ideas. The business school was a place that delineated a particular class of people – managers – by equipping them with a form of language and knowledge. It also made business schools the gatekeepers to being defined as one of these people, as well as the generators of the knowledge that was required. In that sense, the technocratic phase of the US business school is really the intensification of managerialism, but using science rather than morality as its justification.

Whenever the golden age, the diagnosis of decline from the 1970s onwards is pretty much the same. For Augier and March the counter-culture of the 60s lays the foundation for the “triumph of the self” of the 1970s and onwards, by which they seem to mean the “triumph of selfishness”. Ideas about collective action were in decline, and hence, so was the serious research needed to make intelligent collective choices. Behind this, of course, was the rise of finance, the tides of money and algorithms that made selling and buying companies and cash a more profitable endeavour than actually making things. Finance trumped morality, and the schools became no more than finishing schools for capitalism.

“Finance trumped morality, and the schools became no more than finishing schools for capitalism.”

The financial instruments that are routinely used by banks and debt traders, and that brought the global economy to its knees a decade ago, are taught within business schools. So too are ideas about the necessity of economic growth, international trade and the evasion of regulation in favour of “free trade”. This is the common sense of global business, and it presents a huge danger to people and planet. The business school reproduces the sort of business knowledge and practice that creates inequalities within and between nations, generates systematic financial crises, and fails to recognise the importance of carbon reduction. Any genuinely sustainable economic model cannot be the one that we have at present, and which is sold and told by the 13,000 business schools.

“If we want a genuine debate about what a low-carbon economy might look like, and how questions of social justice and inclusion can be addressed by businesses, then the contemporary business school is not good enough.”

Now of course it would be foolish to blame any one institution for a crisis that was clearly systemic, but the business schools do need particular attention. In my book Shut Down the Business School (Pluto Press 2018) I suggest that they are places that produce and disseminate some very dangerous ideas about organisation and economy. They are institutions that legitimate a particular way of thinking about the economy, placing finance and managerial reward at its heart. In doing so, they tend to ignore a host of other issues – carbon emissions, inequality, social justice and inclusion – which will have to be central if the economies of the future are not to repeat the problems of the past.

None of this is to be “against business”. That would be foolish, because we need businesses to supply the goods and services that make our lives possible and pleasurable. The question is what kind of businesses we want to encourage. If we want a genuine debate about what a low-carbon economy might look like, and how questions of social justice and inclusion can be addressed by businesses, then the contemporary business school is not good enough. We need the business school to become a proper subject, to become a “school for organising” that teaches about how people have come together to make and sell things in a wide variety of ways. This means teaching about history, as well as anthropology. It means understanding that the variety of ways that people have organised is much greater than their similarity, and if we are going to face collectively the challenges of the present, the contemporary business school needs to be dismantled.

Martin attempts through his research and writing to widen the scope of what is usually part of business and management studies, whether in terms of particular sorts of organisations (the …