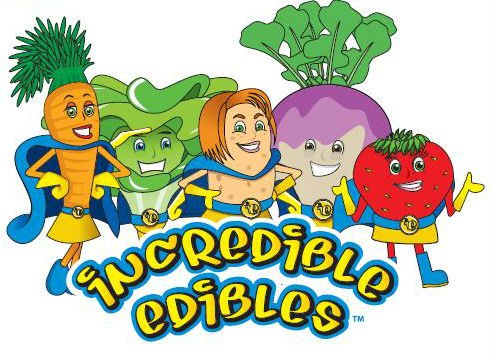 Flourishing fads and price-hiked highs put the spirit into spiritualism.

When Robena Fitzwell, our resident spiritualist, fell out with her local church, she was longing for a new project. She had decided the church needed spiritual input after the female vicar preached that God was more a general concept than a reality. So she used her network to invite people from a local Pentecostal church where spontaneous healing and speaking in tongues are standard fare. Following that the vicar made it clear that she was not welcome anymore.

“She had decided the church needed spiritual input after the female vicar preached that God was more a general concept than a reality.”

Chastened but not dispirited, Robena leapt on my Thomas’s new discovery – Incredible Edibles. While Thomas was intellectually attracted by their vision of food as a community connector, Robena was all for immediate action.

She instantly saw the cultivation potential of the various scrappy bits of ground around our apartment patio doors neglected by our inadequate leasehold management. Within days she and Thomas dragooned a team of our residents to get sowing. Robena rolled up the sleeves of her kaftan to plant curly kale and chard.

She even managed to get her nephew, Rupert (our local MP), to help us jump the queue and get our very own community allotment. Our aged-community credentials secured us exemption from the standard seven-year wait. I had never seen such excitement amongst our fellow inmates as at the prospect of more digging and weeding.

“Within days she and Thomas dragooned a team of our residents to get sowing. Robena rolled up the sleeves of her kaftan to plant curly kale and chard.”

It all seemed to be going so well, when Robena discovered that the allotment association was stockpiling banned, toxic pesticides. She was shocked and immediately reported them to the police.

The police didn’t actually turn up – they were too busy investigating a local epidemic of hydroponic cannabis farms – but the word got out to the other allotment owners of Robena’s betrayal. The entry code to the allotment gates was changed.

And now our leasehold management have decided that our use of communal gardens to grow vegetables is threatening their land title.

Leaving the diggers behind, I enjoyed a splendid lunch with Crispin, my protégé in hedge fund management. He took me to a rather interesting restaurant called Savage, where a temperamental Finnish chef uses only ingredients that he has caught himself. In any event the dynamited scallops were delicious. As Crispin remarked, he has destroyed a coral reef for these, so we may as well enjoy them.

Crispin is shorting gin. “The spirits market is saturated,” he slurred as he quaffed his radish gin and pointed to the Damien Hirst hand-crafted shelves stacked with over 172 brands of London dry.

“I poured us all stiff glasses of pink radish and tonic. Robena seemed quite jumpy since having to cut her weed consumption due to price hikes”

I returned home to find Robena tending Thomas who was quite queasy. He had been over indulging in a cordial of dandelion and burdock foraged locally by Robena, most likely from the verges along the bypass. Given the diesel fumes, this is no surprise.

I poured us all stiff glasses of pink radish and tonic. Robena seemed quite jumpy since having to cut her weed consumption due to price hikes as the police raids reduced supply. Here’s to the invisible hand.

Dear Ms Kett
Six months ago I became a flexitarian. My people had been going on about the need to consume less meat and dairy to stop our planet heating. I thought becoming a vegan would look too much like virtue signaling. It would also somewhat cramp my investment style. However when some friends recently served foie gras, I found myself taking a stand and turned it down. I can’t stomach the idea now of force-feeding geese. Can being a flexitarian go with drawing some non-flexible lines? If so, where?

My Dear Mr B
How often is it we find that any changes we make in our lives are met with resistance from those around us. Your courtesy to the planet does you credit. It is not for you to accommodate your friend’s resistance in the face of change. We must all face reality whether that is cruelty or climate change. Forgive the eastern mysticism but wasn’t it the Buddha who said that all living creatures flinch in the face of suffering. Get some new friends.
My best wishes to you and the geese.
Ms Ettie Kett