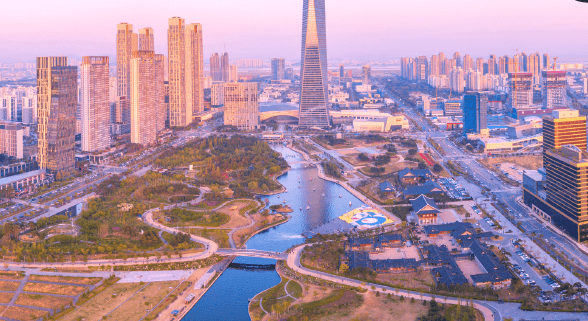 Incheon towards the future: the city hosted 3,000 people for the 6th Wellbeing Forum.

On the edge of Incheon, a South Korean city that borders Seoul, is a purpose-built conference zone – a forest of enormous hotels and meeting venues. Robots not only register delegates arriving at the conference spaces but they also introduce speakers. The future seems to be well and truly ensconced in Incheon.

Appropriate then, that this is where 3,000 people gathered to explore the future of wellbeing. This was the 6th Wellbeing Forum hosted by the OECD’s statistics unit – a team that has been at the forefront of measuring quality of life for over a decade.

Deep, and often heated, conversations covered a range of themes – from the role of data in a post-truth era to resilience and social protection. The majority of attendees were South Korean – their statistics agency being a host. They were joined by Nobel laureates, royalty, heads of international agencies,
civil servants, academics, and even some activists, to learn from each other about the state of play in wellbeing measurement and the implications for policy making.

That it was the OECD that ran this event is not insignificant: it’s an institution that is playing an important role in upping the ante on wellbeing. It’s doing that in part by hosting these massive global conferences every few years to focus the wellbeing measurement movement on bringing about better government decisions. But, it is also raising the wellbeing game by ensuring that the statistics and measurements are available, that the frameworks for thinking about turning the agenda into actions are shared, and by reinforcing the importance of a broad-based understanding of wellbeing that takes account of people’s circumstances (including those of future generations).

“WEGo will promote sharing of expertise and best practice in designing an economy in service of collective needs.”

This matters. OECD reports are read by governments; its assessments of a country’s performance spurs debate; and its policy recommendations are keenly attended to. Many of the speeches and discussions at the conference wouldn’t have been unfamiliar in conferences about deceasing growth, debates about excess corporate power or gatherings to explore an alternative economic system. And that gives cause to hope that the momentum to build a wellbeing economy is gathering in many quarters and, possibly, heading into the mainstream.

WEGo is a partnership of national and regional governments, including Scotland, New Zealand and Iceland. It will promote sharing of expertise and best practice in designing an economy in service of collective wellbeing. Its participants are civil servants and ministers who recognise that development in the 21st century is a matter of delivering human and ecological wellbeing and that the recipe adhered to by previous generations of policy makers does not need to define the future of policy making.

WEGo participants are connected by a shared wish to learn from each other and learn together how to make policy in a world of inequality and looming environmental breakdown.

The governments involved in WEGo might appear an unlikely coalition. But what connects them is not their ranking on a predetermined set of metrics such as how low is their income inequality or the proportion of renewably-generated energy. Instead, joining WEGo requires a sincere intention to improve as well as a commitment to collaborate in support of economic policymaking that delivers human and ecological wellbeing.

In terms of making this all happen, the vision is to bring officials together in policy labs to share relevant experience and expertise. Topics already on the agenda include:

In 2019 WEGo’s first policy lab will take place.  And an inaugural gathering of senior officials and ministers from member states is planned to discuss progress in creating wellbeing economies.

At the launch, the chief economist for the Scottish government, Gary Gillespie, described WEGo as “bringing the economic lens back” to the wellbeing agenda. Bennedikt Arnason of the Icelandic government spoke of WEGo as the “ideal platform to contribute, to share and promote policymaking for greater wellbeing”. Professor Joseph Stiglitz described WEGo as a “fascinating and important initiative of these governments: putting wellbeing into practice”.

Bumpy roads
Stiglitz also spoke of the importance of persisting – and this has been the story of getting WEGo to where it is now. It has been a bumpy and often uphill road as political changes altered governmental priorities and government personnel.

There is the task of identifying the best official in a certain government. The one who will pick up the agenda and be able to run with it. It needs to be someone who appreciates how the economy needs to be transformed, but who also has sufficient influence within their administration to gain some traction towards economic wellbeing.

But officials get promoted. Governments change and new administrations are not always willing to carry on the projects of their predecessors. New connections need to be made and the case presented and championed again from the beginning, often with adjustments so as to maintain a realistic scope for engagement.

And government officials are busy. So it is usually a challenge to catch their attention.

“It has been a bumpy and often uphill road as political changes altered governmental priorities and government personnel.”

But there are officials who are willing to consider focusing on investment in an economy that delivers wellbeing rather than leaving policymaking resigned to treating the damage of one that doesn’t. And there are those who will look to alliance-making rather than seeking immediate headlines.

So while WEGo is still a fledging project, it has the potential to influence the conversation about how economies are designed and how they can work towards wellbeing.

To the extent that its policies can align an economy with the needs of people and planet, WEGo will support people’s quality of life – today and in the future. Such an economy will give people a firmer footing and sense of purpose – reducing their need to simply try to cope with the buffeting headwinds of today’s economy. And it will build a more direct connection between the means and the ends – reminding us that growth is only ever the means, and only in some circumstances.

“The realisation of a wellbeing economy will ultimately make the job of all government officials easier.”

The realisation of a wellbeing economy will ultimately make the job of all government officials easier – not just for those participating in the WEGo partnership. It will reduce avoidable demands on the state that arise from an economy misaligned with what people and the planet really need. Hence it will free governments to focus on unvoidable challenges – like an aging population.

“A good society is one that knows it is not yet good enough.”

When the idea of a partnership of governments working to build wellbeing economies was first hatched, a key ambition was to change the profile of world leadership. The thinking being that it would be more appropriate for the governments that delivered human and ecological wellbeing to have the highest profile and the most influence.

The policymakers involved in WEGo know that they are far from being in a position to tout themselves as having delivered on this front. Sociologist and philosopher, Zygmunt Bauman, reportedly once observed that “a good society is one that knows it is not yet good enough”. Had he known about WEGov he might have added: “an even better society is one that wants to work with others to get better”.

Katherine is Knowledge and Policy Lead at the Wellbeing Economy Alliance and member of the CUSP Advisory Board. In her longstanding involvement with Oxfam, she developed Oxfam’s Humankind Index. Her … 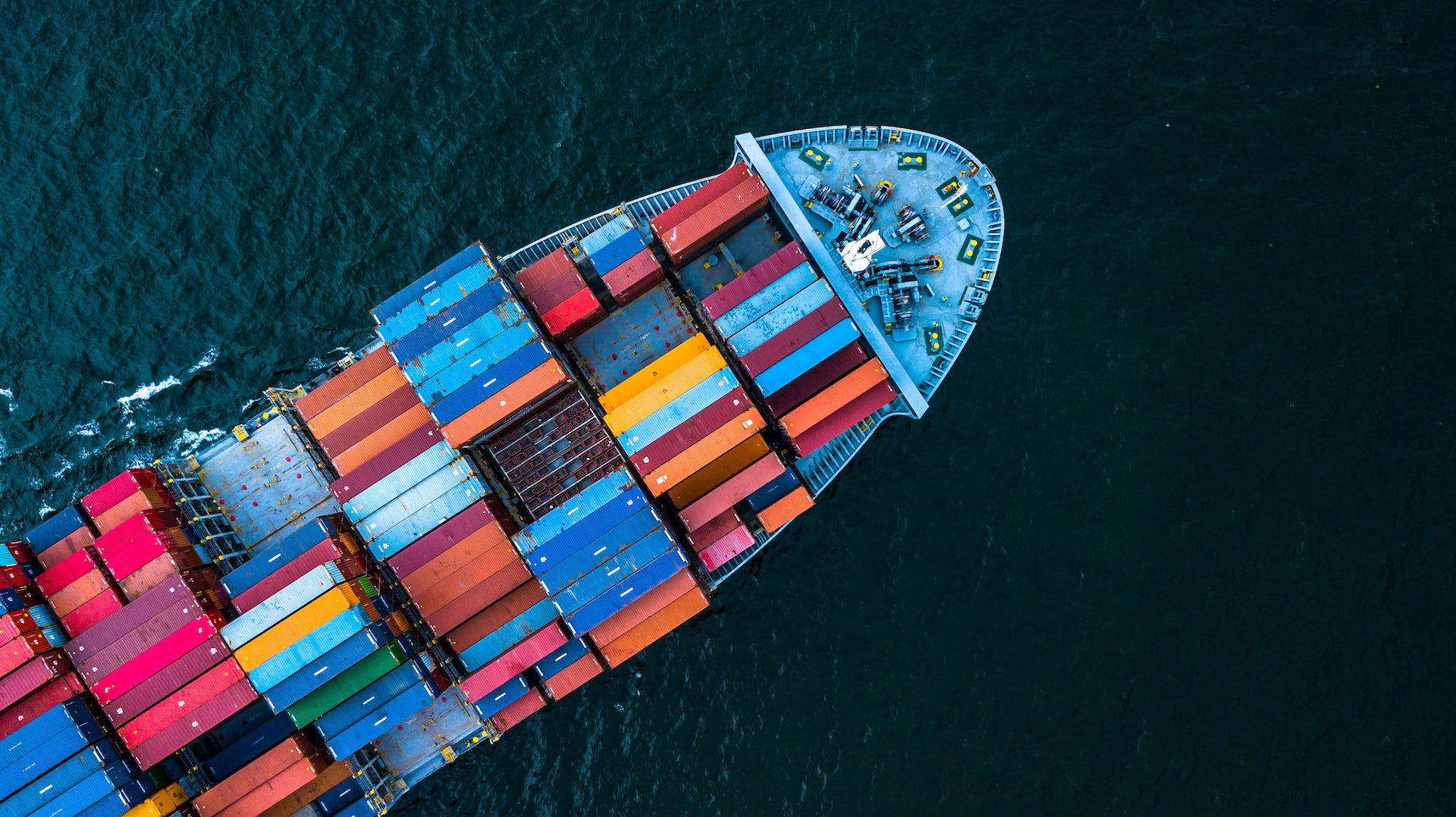 Coronavirus won’t kill globalisation – but a shakeup is inevitable 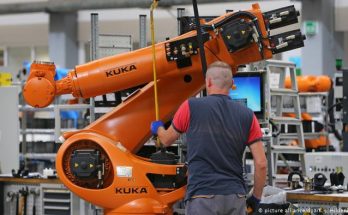