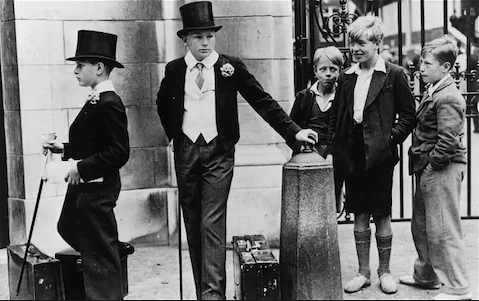 How do you win the votes of the duckers, divers and the insecure?

I live in affluent West London and ran my own hedge fund business that profited from seeing the 2008 crisis coming. I attended a private school. I’m the 1%. I am the epitome of privilege.

I grew up on council estates with a metal worker dad and cleaner mum who both endured significant hardship, including unemployment and tough working conditions, and died by 60. On the back of the labours of my parents I am the epitome of social mobility.

My persona blends white, working class and middle-class professional with attendant affluent foreign and ethnic friends. I am comfortable in both environments but I feel a deep emotional ease when back home in the welfare club even though I no longer really belong.

Meanwhile the populist political space engages many of my family members and their ears and minds are increasingly closed to a mainstream sensibility that no longer seeks to acknowledge, include, respect or represent them in any positive way.

The affluent and educated classes find support for populists, particularly in England, hard to process beyond demeaning them as uneducated, bigoted, racists – the deplorables. My populist-thinking and voting family knows this is what the toffs think of them and have given up on their “betters”.

But it’s not the class divide of old where they knew the Tories to be their enemy.

It’s almost incomprehensible but the devastated, heavy-industrial town I grew up in now votes Tory in parliamentary elections. Of course, there’s high odds they would choose the Brexit Party were there an election today. Why? Because with the end of megalithic industries the old working class has had to duck and dive to get by, or sink. Through necessity many have become entrepreneurs and opportunists.

“It’s almost incomprehensible but the devastated, heavy-industrial town I grew up in now votes Tory in parliamentary elections.”

So Labour’s return to Socialist rhetoric doesn’t resonate like it did with many of these survivors. It doesn’t work for the non-survivors either. Rather, Labour seems to have a pitch aimed at alternative-elite insurgents and a new precariat.

The alternative elite are educated and high-status people who believe they would do better in charge than the neoliberal-financial elite. But the new precariat – the voluminous core vote – is the increasingly insecure-feeling, middle-class and professional workers. A generation ago traditional Tory, even Thatcherites.

Meanwhile Brexit proves that the deplorables are not wholly politically uninterested. Populists moving left in economic and welfare policy could be a catalyst for a political tsunami. It feels like we are close to this “shock”. A huge, inventory of voters waiting to be fully activated. Some of the new precariat will join the populist vote too.

The most pressing issue is to find ways to close the growing social and opportunity chasm between the betters and the deplorables. Focusing purely on financial inequality is one-dimensional and not enough. My family don’t feel they are due equality and they won’t truly believe anyone selling them that particular snake oil. They want respect and opportunity.

Incisive social engineering is needed to humanise the betters and deplorables in each other’s eyes.

The extent to which the affluent privately educate their children is an insidious poison to society. It is offensive how over-represented the privately educated are (along with those who were wangled into the high-performing state schools by affluent, savvy parents). We have allowed this club of cheats – the klepto-professional class – to buy and hoard success in the most outrageously transparent and divisive way. Where I grew up people hear the message – a resounding Fuck You.

However, it makes no sense to tear down established and successful educational establishments to smite the rich. Much better to force their opening to the less affluent by (say) admitting at least 50% non fee-paying deplorables. Class relations rather than class war. Real, rather than faux charity. Undoubtedly a lumpy and imperfect solution but best to compromise from where we are and add more where needed.

“The alternative elite
are educated and
high-status people
who believe they would do better in charge
than the neoliberal-financial elite.”

When it comes to business and wealth creation, klepto-professional private school alumni sidestep the lack of available bank funding with ease and raise funds for new ventures through their networks. For ordinary people lack of simple access to capital is a huge barrier to basic entrepreneurial activity.

The risk-weighting maths of the bank balance sheet says that asset-backed lending to property is much more secure than to businesses, particularly small ones. In this way the maths of balance sheet risk management discourages business lending. But, assets are worthless without a productive economy so there’s an economic illogicality, even self harm, at play through this embedded financial logic. The focus on asset value rather than productive risks ensures that wealth circulates within a narrow band.

If new banking rules decreed that diversified portfolios of small businesses were meaningfully lower risk than asset-based lending, banks would be very keen to find ways to fund real economic activity including start-ups. This sort of financial reform pushes with the grain of the system but changes outcomes profoundly.

“Education is the most prickly topic as it is such an important and sensitive issue for the affluent and at the root of how privilege is inherited.”

Better that future bank bailouts be for a portfolio of start-up and small businesses than for property portfolios of the rich. Ideas like publicly-funded investment banks should be on the itinerary too but it makes sense to start with bending rather than uprooting the financial system.

There’s more to healing society’s fractures than access to top education and business investment. However, dealing with these two issues directly addresses the key drivers of our growing social chasm that fuels our increasing inability to find common cause and ground as a nation.

Education is the most prickly topic as it is such an important and sensitive issue for the affluent and at the root of how privilege is inherited. Would so many high-placed progressives and liberals with a private school background have made it without the old school tie? What’s really the difference between them and Boris? Obviously Boris is a bit more honest about his privilege and has a credibility with deplorables for it…

No degree of upping the performance of the state sector can challenge the status and privilege private education confers. But tearing down the private school sector is unprogressive national self-harm.

A highly disruptive, populist shock is now odds-on. Will we dare to challenge our social sensibilities and norms to hold it at bay? Or will we tune out, pretend there isn’t a problem and wait for the political tsunami to wash away our cloistered liberal dream?

3 Comments on “Fuck You”