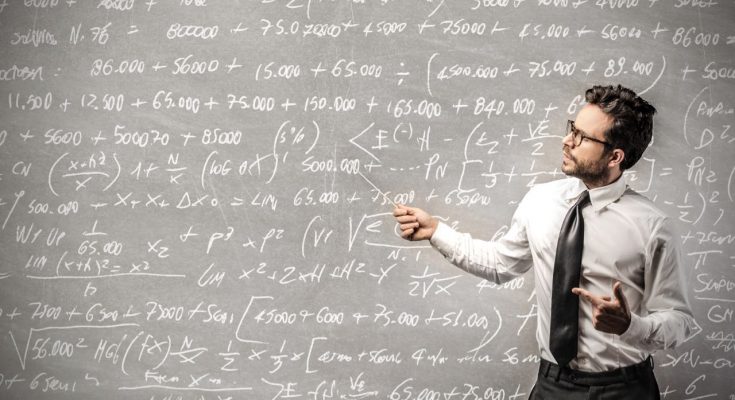 Nigella Vigoroso-Heck has an idea.

It’s really hard to fuck up a lesson on Game Theory. Even the most didactic teacher would find it difficult not to let his students play out a Prisoners Dilemma scenario or at least show a video or two of Goldenballs.

In the standard A Level specification, Game Theory only comes up once: we use it to explain the interdependent behaviour between firms in oligopolistic markets. But you can use it for so much more. From a pluralistic perspective, for example, it’s a fantastic jump-off point for discussions into areas like behavioural and institutional economics. Is rationality a useful assumption? How can the Government do more to influence certain decisions? Should it do more?

In my school career, I’ve also used Game Theory in many other areas – not just in the economics classroom. In PSHE lectures, I have used it to warn students about drug dealers (and their pricing strategies) and got them to play various trust games with each other. In assemblies, I have illustrated how “Manchester United won a penalty shoot-out”, “why Lance Armstrong was right to do drugs” and “Cold War nuclear strategies”. I am a big fan of Game Theory and its usefulness to illuminate economic ideas. So, with all of this in mind, I need to report that my bubble has been burst. By a university academic. In Game Theory.

One of the great advantages of living and working in a university town is that there are high-profile academics also living and working nearby. Every so often, I feel that my students could benefit from a second voice in a particular topic area and I get excited about the possibilities. So, this year I invited an expert to talk to them about Game Theory: let’s call him Mr Game Theory.

He arrived in well-worn red corduroy trousers (naturally) carrying a battered leather satchel with his initials scribbled in pen on the side. And, without even a hint of using the audio-visual equipment I had set-up for him, he turned to his audience in a fluster and started to talk.

“I was having flashbacks to my university days and how I fell out of love with economics because of men like this.”

I immediately wished I hadn’t invited him. This always happens with academic speakers. I already knew what was coming next: the self-indulgent monologue, the dreary history of some turbo-niche area …

“I was devastated. I
had let them down.”

“It’s all very well to have drains provided by private action but if even 10-15% of a population do not have access to drainage, the result is an epidemic. This is interesting because, in my latest publication, I am working on a new mathematical way to plot …”

This is not interesting! This is super dull…

I was having flashbacks to my university days and how I fell out of love with economics because of men like this. This wasn’t meant to be a lecture on public drainage and none of my students wanted to hear about this guy’s latest publication.

The problem with my sixth-formers though is that they are too polite. They really should have walked out. I wouldn’t have said anything; it would have been perfectly justified. Instead, they stayed for an hour. Bored out of their minds. Listening to a talking head drone on about the state of drains in the UK.

I was devastated. I had let them down. This was meant to be an opportunity to inspire, to challenge and, ultimately, to attract them to the subject.

Of course, we laughed about it the next day and I brought in a box of doughnuts into class to say sorry. Which kicked off a conversation about the negative externalities of doughnuts and off we were again. But I suspect there is some lasting damage here. Even if just one exceptional Lower Sixth student chooses not to apply for L100 next year because she is put off by the utter pain of that experience, the subject of economics will have lost out.

“Dare I say it: some academics may even think that coming in to talk to schoolchildren is simply beneath them.”

I suspect some people might argue that the academic research was probably too sophisticated and complex for young minds. Some may even read the story above and conclude that Mr Game Theory was right not to dumb down his academic rigour. Dare I say it: some academics may even think that coming in to talk to schoolchildren is simply beneath them.

Let me tell you why you’re wrong.

So many of the problems we experience in L100 economics courses today are the product of dull, uninspiring lecturers who I consider to be stuck in a very 20th century way of thinking. For too long the mindset has been: how do we keep people out and preserve our own scarcity as academic economists? More often than not, the answer to that question is maths. Maths is the ideal method to stop people from entering the economics arena. If you perform a regression analysis on everything, endlessly differentiate models or put all your data into three-by-three matrices, economics immediately becomes inaccessible to millions. Mr Game Theory and his “dynamically stable sets in infinite strategy spaces” illustrated the point perfectly.

A 21st century way of thinking, however, should look to flip this model on its head. We shouldn’t be wondering how to keep people out, but how to get more people involved. I passionately believe in this. How do we change economics from an academic subject into something more? Something that people want to talk about at the dinner table? The answer is not maths. The answer is ideas. Nothing can be shared more quickly than an idea.

“Nothing can be
shared more quickly than an idea.”

In the 21st century, economics needs to reframe the subject as a discussion of ideas. Not maths. And, for that to work, the ideas need to be accessible to as many people as possible – which means making them as simple as possible and communicating them as clearly as possible to non-economists. It is not a case of dumbing-down; it is a case of articulating your thoughts clearly and concisely. And, be honest, if your idea can’t be understood by an audience of 16-18 year-old then that says more about your idea than it does about them.