Tom London tells how self-aggrandisement, warmongering and bribing the population was a feature of national leadership millennia before any president.

Like the Fascist dictator Mussolini, evoking the Roman Empire, and like the architects of the United States Capitol and Supreme Court doing the same, for over 2,000 years rulers have sought to strengthen their power by employing the rhetoric and symbols first associated with the first Roman Emperor, Augustus.

It was the murder of Julius Caesar – and Caesar’s will – that changed everything for Augustus. In fact, he was not called Augustus at that time. He was born Caius Octavius and was Caesar’s great-nephew. Caesar and his great-nephew were not close, but Caesar decided to make Caius Octavius his heir and adopted him in his will.

Aged only 18, Augustus inherited money and Caesar’s name. He took a new name, Caius Julius Caesar. Mark Antony once sneered that he was “a boy who owes everything to his name”.  At 18 he had ambition and an astonishing political maturity, but it is true that in the beginning he owed his success to his name and his links with Caesar.

Caesar had been popular with the common citizens in Rome partly because he kept them happy with “bread and circuses”. Augustus borrowed when there was a delay releasing money in Caesar’s will to give a sum to every Roman citizen and to put on lavish games, with gladiators and wild animals, to entertain the people.

During the games in Caesar’s honour, a comet appeared in the sky. Usually, comets were said to bring bad luck. However, Augustus in a brilliant move declared the comet was Julius Caesar ascending to heaven and had a star attached to Julius Caesar’s statue in the heart of Rome.

Throughout his reign, Augustus spared no expense in putting on games and feasts for the Roman masses. Potent propaganda for his rule. Soon, Caesar was declared a god. Caius Julius Caesar – that is Augustus – then added to his name the words divi filius – son of a god.

The divine Caesar also had a month named after him, the month of July. Some decades later, in his lifetime, Augustus had a similar honour – the month of August.

Between the murder of Caesar and his defeat of Mark Antony thirteen years later, Augustus was engaged in almost relentless war, first as an ally of Mark Antony and then fighting against him. During this period, Caesar was a ruthless, murderous war lord. He ordered the murder of political opponents. He is even said to have gouged out someone’s eyes with his own hands. He became feared.

Augustus used propaganda to ridicule Mark Antony for being under the influence of his lover Cleopatra, the Queen of Egypt. The poet Horace jeered, “The shame of it! A Roman enslaved to a woman (you future generations will refuse to believe it)”. Mark Antony was painted as being ensnared in a decadent Oriental world.

“Augustus – then added to his name the words divi filius – son of a god.”

After the defeat of Mark Antony, Augustus had no rivals for power. The central message justifying his rule was that he – and he alone – could bring peace after so many years of Civil War.

In the 45 years of his rule, Augustus was astonishingly successful at persuading people of his messages. He had a number of advantages: money, a monopoly of the means of propaganda and a long time to spread his message.

It was essential for Augustus to portray his rule as legitimate. Rome had not been governed by a single individual for half a millennium and Julius Caesar was murdered precisely because other members of the Roman elite would not accept that he should have such power.

Augustus managed to pull off an extraordinary trick. He held supreme power yet could plausibly claim that he did so only because the people demanded it.

In 27 BCE, Augustus made a speech to the Senate which a later historian, Cassius Dio, described. Dio wrote that Augustus wanted to “have his sovereignty voluntarily confirmed by the people, so as to avoid the appearance of having forced them against their will”.

Augustus addressed the Senate, “You see for yourselves, of course, that it is in my power to rule over you for life… However, I shall lead you no longer… Nay, I give up my office completely, and restore to you absolutely everything…”

“Augustus managed to pull off an extraordinary trick. He held supreme power yet could plausibly claim that he did so only because the people demanded it.”

Augustus’s speech was met, as he planned, by cries from the senators “begging for a monarchical government” and Augustus was “forced, as it was made to appear, to assume autocratic power.” This was also the occasion that the name Augustus was granted to the “monarch” by a decree of the Senate. 25 years later, Augustus was granted a further title – pater patriae, father of the country.

“Augustus was granted a further title – pater patriae, father of the country.”

Augustus set out to change the culture of Rome and its empire. He called for Romans to go back to the traditional values that had been lost: simplicity, self-sufficiency, strict upbringing, order, subservience within family, bravery, diligence and self-sacrifice. Augustus set himself up as the exemplar of these virtues. He lived a life of “comfortable moderation”. He did not indulge in conspicuous consumption – although he was the richest man alive. He reinvented himself; he was no longer the brutal warlord.

Augustus brought in laws on morals, making adultery a crime. This caused him huge problems when first his daughter Julia and then ten years later his granddaughter Julia were found to have committed adultery. Both were sent into exile.

Augustus also revived religious observance. He restored temples to the Roman gods and built new ones. Throughout the empire, local rulers copied what Augustus had done in Rome and also built shrines to “Rome and Augustus”. Augustus, who was made a god after he died, would not allow himself to be worshipped in his lifetime, but made an exception if his name was linked with Rome and the worship was not actually in Rome itself.

Not only in temples but also in household shrines, millions prayed to an idealised and divinely-sanctioned Augustus.

“Augustus was a ruthless military dictator. Through a wide range of propaganda, he legitimised his rule and reinvented himself as the wise father of the nation.”

Augustus boasted: “I found Rome a city of bricks and left it a city of marble.” The appearance of Rome was transformed under him and again what happened in Rome was copied elsewhere in the empire. The imposing new buildings – including a magnificent mausoleum for himself – impressed and awed those that saw them. As did the life-changing but less glamorous constructions providing drinking water and building sewers. Architecture is a powerful form of propaganda.

Poets produced work to add to the glory of the emperor. Virgil wrote a national epic, The Aeneid, showing the history of Rome from its foundation. He traced back Augustus’s ancestors to gods and showed the age of Augustus as predestined, the result of divine providence. “Here is the man whose coming you so often hear prophesied, here he is, Augustus Caesar, son of a god, the man who will bring back the golden years to the fields of Latium… and extend Rome’s empire… to a land beyond the stars.” Everywhere throughout the empire there were statues and paintings with idealised likenesses and mass-produced jewellery, utensils, and all sorts of household items. And everyone handled coins with the image of Augustus. No one could escape seeing his image every day.

Augustus was a ruthless military dictator. Through a wide range of propaganda, he legitimised his rule and reinvented himself as the wise father of the nation. He left a legacy that lasted for centuries after his death.

How wealth inequality is warping the world of philanthropy 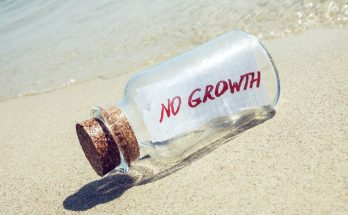 The point of no return