Skip to content
ShareTweetPin ItShare
‘Building back better’ is all well and good but, ask Kate Bayliss, Ben Bowles and Elisa Van Waeyenberge, better for whom?

Investment in infrastructure is a major part of the government’s intentions for the UK’s post-Covid19 recovery. In June, the Prime Minister announced plans to “build back better and bolder”  promising that the nation will “build our way back to health”. That followed the Chancellor’s promised £640bn of public investment in the UK’s roads, railways, schools, hospitals and power networks in March this year. The Prime Minister has also committed to no austerity going forward.

“But promises to boost spending on infrastructure have been around for a while.”

Infrastructure spending is definitely much needed. In 2015, the OECD reported that the UK had spent less on infrastructure compared with other OECD countries over the past three decades. The result has been traffic congestion, potholes, wastewater dumped on beaches, and an NHS dramatically ill-equipped to deal with a pandemic. In 2019, the UK was ranked 11th out of 141 countries on quality and extension of transport and road infrastructure in a 2019 survey for the World Economic Forum.

And the 2018 Infrastructure Construction and Procurement Pipeline set out plans for around £600bn of investment for the coming decade (£400bn in real terms). Energy and transport accounted for over 70% of this (See Figure 1).

“When the details are unpacked, it becomes clear that infrastructure spending does not necessarily benefit everyone……. the range and extent of any benefits depend on what is spent on what, and where, as well as how it is paid for”

Infrastructure spending is a way to boost jobs and improve productivity but the range and extent of any benefits depend on what is spent on what, and where, as well as how it is paid for. What is often overlooked is the distinction between the financing – the spending on the upfront costs of infrastructure – and the funding –  how it is paid for over its lifecycle.

When the details are unpacked, it becomes clear that infrastructure spending does not necessarily benefit everyone; there are winners and losers. This unevenness of outcomes has been a theme of our ongoing research project Trajectories of Infrastructure Finance which draws on interviews with the investment community and other stakeholders. That work has unveiled how participants in infrastructure provision – politicians, households and investors – may have conflicting priorities.

In interviews with civil engineers, investors, advisors and civil servants, it became clear that there was a preference in infrastructure spending for projects involving large capital expenditure and against regular maintenance and operational spending. Governments, our interviewees told us, prefer big projects that they can stamp their mark on such as a garden bridge over the Thames, HS2, Crossrail, or Heathrow’s third runway. One senior engineer described many of those large projects as “unnecessary vanity projects” and pointed out that they can quite often be pushed through government spending scrutiny by “[government] ministers keen to cut a ribbon and with a reputational stake in projects.”

Households stand to gain from infrastructure investment in many ways. Benefits might include increased employment, better transport, improved housing, less pollution, better school and hospital buildings and cleaner beaches. However, the impact depends on the details.

In construction employment, for example, unions have called for urgent attention to training and skills development to reverse the long-standing reluctance to invest in apprenticeships.  In transport, those who depend on the bus network for work tend to be low-paid, live in deprived areas and are more likely to turn down jobs due to transport issues than those on higher incomes who use cars and trains more often. Those in rural areas are particularly affected by transport poverty and would benefit from investment in localised bus networks. This is in stark contrast to a political preference for big infrastructure over smaller interventions, regardless of actual need. Similarly, with housing, promises to help young people get on the housing ladder will not necessarily tackle homelessness. Rather than increasing home ownership, from a social equity perspective, greater attention is needed to social housing.

Moreover, social equity needs to be at the heart of the decision-making when it comes to infrastructure financing. In the long term, it is households and businesses that pay for infrastructure via charges for water, energy and some transport or taxation. While governments and the private sector may finance the up-front investment, the long-term funding comes from users and taxpayers. The costs of increased investment will ultimately fall on future citizens so attention to the distributional effects is needed not just to the infrastructure provided but also the long-term financial flows.

The private sector is expected to play a key role in future investment, particularly in water and in renewable energy. The 2018 infrastructure pipeline envisaged that half of the anticipated £600bn investment over the following decade would come from the private sector. But investors’ priorities are not always compatible with social equity.

In water and energy, systems have been devised to encourage private investment that keep risk low for investors. A pricing system known as contracts for difference (CfD) dominate renewable energy projects where investors that face high up-front costs over long project lifetimes can be protected from price volatility. Under a CfD a price for power is effectively fixed for long periods.

“The post-Covid19 recovery is indeed an opportunity to “level up” as the Prime Minister has indicated.”

The Regulated Asset Base (RAB) model for water and energy networks similarly assures investors of their returns on the asset base through periodic price controls, that keep returns highly secure.

These methods have been used to attract private investment by guaranteeing secure returns in a process overseen by independent regulators but there is evidence that practices by investors to boost profits have pushed up utility prices. One of the biggest anticipated energy sector investments – the Hinkley Point C nuclear power plant – has tied the government into a 35-year deal at high cost to electricity consumers.

Some utilities are owned by companies set up in offshore in tax havens. Southern Water, Yorkshire Water, and Cadent Gas, for example, are all owned by special purpose companies registered in Jersey. Offshore registration offers advantages in terms of tax rates and less scrutiny compared with UK-registered operations. Some utilities have hiked up their debt levels which further lowers their tax liabilities as interest payments are tax deductible.

Investors have benefited from infrastructure development in ways that are not necessarily in the interests of sustainable social justice. Recent reported plans to set up a Green Investment Bank to promote sustainable investment need to be accompanied by commitments that such an institution would not meet the same fate as its predecessor. A Green Investment Bank was established in 2012 only to be sold five years later to Australian bank, Macquarie, a process described by a number of MPs as “deeply regrettable”

Thus while pension funds may offer the kind of patient capital seen as compatible with infrastructure investment, institutional investors cannot be relied upon to operate in the interests of users or citizens, even in the presence of regulatory controls.

The post-Covid19 recovery plan needs to be compatible with the Paris Agreement targets of net zero emissions by 2050. Some progress has been made here but there are inherent contradictions. For example, a transition to electric vehicles is welcome but while their emissions are low, they still produce pollution and contribute to congestion. Policies should shift away from the use of private vehicles to low-cost, reliable and integrated public transport systems and to promotion of clean transport. This does not sit well with the government’s £27bn roadbuilding programme.

The high-speed rail network between London and the Midlands, HS2, was anticipated to support 15,000 jobs. However, while train journeys are preferable to car and air travel, numerous environmental agencies have pointed out the huge environmental cost of the rail link. In addition, the costs to the taxpayer for HS2 could rise to £106bn from an original budget of £34bn.

These examples highlight the trade-offs that emerge when we look in detail at government plans to raise infrastructure spending. And they show the parties involved in creating, financing, using and funding infrastructure have conflicting priorities.

The post-Covid19 recovery is indeed an opportunity to “level up” as the Prime Minister has indicated. But that requires a focus in government plans for recovery on the interests of disadvantaged households. The administration needs to take careful note of what is provided and where, as well as how it is funded and financed.

There is a significant risk that spending will be steered towards large-scale, high-cost, quick-fix interventions. Simply spending on infrastructure is not enough to achieve a just and sustainable recovery. Rather than building back we need to build forward in a way that prioritises environmental sustainability and social justice.

Kate is a Senior Research Fellow in the Department of Economics at SOAS and a Visiting Research Fellow at the University of Leeds. For over two decades she has been conducting …

Ben is a Lecturer in Social Anthropology at SOAS – University of London and a Research Fellow at the Open University on the project “Policing Uncertainty: Decisions Actions in a …

Elisa is a Senior Lecturer in Development Economics and Head of the Economics Department (job-share) at SOAS University of London. Her research interests include alternative macroeconomic policies in developing countries, the … 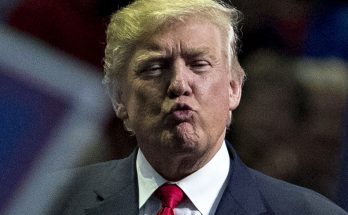 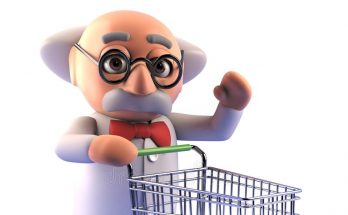 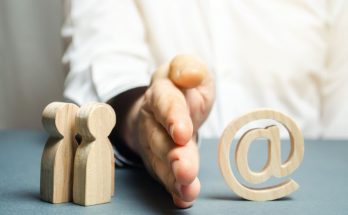