The UK is in hock to a discordant tune of trillions. Who should pay the piper? Alex Tziamalis writes.

Consider debt. The UK owes nearly £2 trillion and now, with a much-needed £330bn to fight the Covid-19 pandemic, UK debt will exceed gross domestic product  for the first time since 1964. There’s also little prospect that this gargantuan sum will diminish significantly. Even after years of tough austerity following the 2008 financial crisis we still had deficits in the UK. Over the years we spent for good reasons and sometimes for less good reasons. We spent more than we collected in the good years as well as in the bad years and we’ll most probably continue adding to our debt in the future too.

My worry is founded on experience. I’m Greek and I experienced the disastrous effects of a nation accumulating vast amounts of debt and then failing to service it. I remember lenders demanding over 30% in interest and the painful austerity that followed. Cuts in hospitals and education, unemployment of over 25%, civil unrest, the rise of a neo-Nazi party in Greece and a society in collective depression. Ten years later the Greek economy is still struggling.

“We spent more than we collected in the good years as well as in the bad years and we’ll most probably continue adding to our debt in the future too.”

But who is responsible for all this debt in Greece, the UK and many other countries? Unlike some of my colleagues I don’t blame welfare recipients, a supposedly inflated state apparatus or the cliché of inefficient civil servants. In fact, if it were up to me, I’d invest even more money in social services, particularly in education, health and infrastructure. Also, spending more to prop up the economy in times of crises seems common sense.

So the lion’s share of the blame for the UK’s debt burden is in the legal loopholes and practices that allow corporations to pay much less than their fair amount of tax. ActionAid has estimated that about a quarter of the biggest one hundred companies in the UK by capitalisation, avoid paying taxes by establishing subsidiaries in tax havens. If we use the stricter US Congress definition of what constitutes a tax haven, then 98% of those top-100 companies have avoided taxes. Tax Watch UK estimated that big tech firms – Apple, Cisco, Facebook, Google and Microsoft – made £30bn in profit in the UK during 2012-2017, but shifted most of that income offshore for tax purposes, paying just £933m in UK tax between them – a rate of about 3%.

There are many ways to manipulate the system if you’re big enough, but a widely used and relatively simple one is to artificially shift your revenue to a tax haven. This is called fraudulent transfer pricing or ‘transfer mispricing’. It’s very simple. A company that mines diamonds in Africa and retails them in the UK can avoid paying UK taxes by setting up a couple of subsidiary companies. They set up subsidiary Y in Africa and subsidiary Z in a tax haven. The company that mines the diamonds (Y), sells the product to the tax haven company (Z) at an artificially low price. The result is that the company in Africa shows minimal profits, or even losses, and therefore pays little tax in the African country where they’re based. Then, the tax haven company (Z) sells the diamonds to the UK retailer at a high price – a price almost as high as the retail price – so the UK-based retailer also pays minimal tax since it bought at the same price at which  it sold and so shows minimal profits. All the profit has shifted to the tax haven company (Z) which bought cheaply from Africa and sold at a high price to the UK. As Z is based in a tax haven it will pay minimal tax by default. The African Union estimates that transfer mispricing is responsible for around 60% of capital flight from Africa.

Looking into the future, the ever-increasing use of the  internet and the digital economy – a process that started decades ago and that Covid-19 has accelerated further – make tax avoidance even easier.

It’s easy to set up a company in a tax haven through the web and easy to pretend that your offices and production are based there. This particularly applies to digital companies like the ones mentioned above – Facebook for example moved its base to Ireland for tax avoidance purposes. In addition, in a worrying sign of our times, the government of Barbados seeks to extend its tax haven services to individuals as well. For a small fee, one can declare that they’re working remotely from that island and of course any income received will be taxed less than in the UK. As for the ones who can’t declare that we’re working remotely from a tax haven, we’ll simply need to pay higher tax. Or our governments will have to borrow more.

All this can’t go on. I believe that a reset of the international taxation system is urgently needed, and it’s feasible too.

A so-called unitary tax could cut tax havens out of the picture. This tax divides the global profits of a multinational between each country that the company operates. So, Facebook can still claim that it’s based in Ireland but it won’t be able to benefit from the ultra-low corporation tax rates set by that country for its global income. Facebook’s profits would be allocated to each country in which it operates based on a formula that could take into account metrics such as advertisement revenue, number of customers or actual physical presence in each country. Then, each country can decide how to tax the portion of profits made within its border. Running a one-person booking office in Barbados or a limited crew in Ireland won’t cut it anymore.

A unitary tax is not without its issues of course: countries will certainly bicker as to how a multinational’s profits should be divided between them. Countries with bigger populations will be pushing for a formula that primes the sheer number of customers that a country has in each country. Other governments will be advocating that the key metric should be spending per capita or where the goods/software are actually made. The US government – the real home to some of the biggest multinational corporations – has threatened to retaliate if the European Union taxes US companies. The UK is also home to, or has close ties to, four of the ten tax havens where most global profits are shifted. So the country’s knee-jerk reaction would be to protect Jersey’s status as a tax haven. Yet, despite its complications, unitary tax or a similar form would be a great step towards a fairer tax treatment of global corporate profits.

“It’s easy to set up a company in a tax haven through the web and easy to pretend that your offices and production are based there.”

The tax treatment of big corporations goes deeper than bolstering our national finances and reducing our debts. It’s about re-assuring increasingly disaffected citizens that democracy and an open society are worth having and protecting. In recent years, reactionary and populist politicians and thinkers have advanced considerably or been elected in many countries across the world. Economic insecurity, diminishing state support due to austerity and rising inequality have boosted nationalism, xenophobia and anti-globalisation. Now, more than ever, the world needs to move towards a fairer society. The UK government should consider whether the nation should lead a global drive for fairness in taxation or  whether it should maintain its role as a key enabler of global tax avoidance.  And justify its decision. 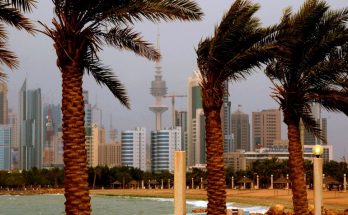 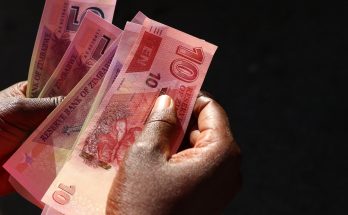