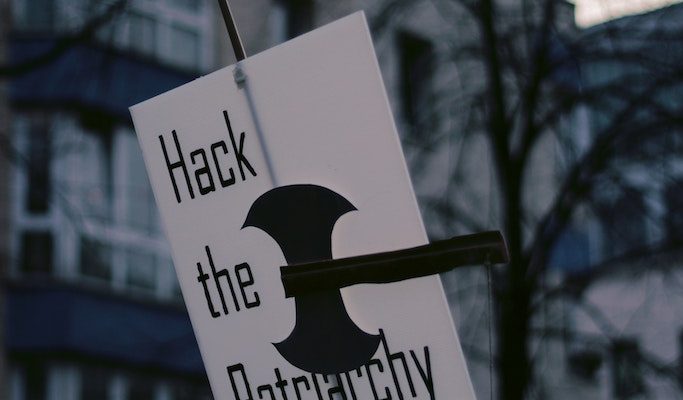 Ahead of COP27 in November, more than 40.000 people went to the streets in Brussels to put pressure on policymakers to take concrete and more ambitious measures against climate change. I was one of them. And I marched with at least two motivations.

I joined this march because I am an environmentalist and time is running out. With climate crises and inequalities growing, governments need to deliver. To do that they need to stop trying to solve the multiple crises by fixing our broken system and, instead, unleash a deep transformation of our societies and economies.

Societal pressure to conform to masculine attributes, such as a need to dominate, aggression and not showing emotions, has bad impacts on men and harms those around them.

And as a feminist, I marched because I cannot accept that despite efforts made to achieve gender equality, we are far from it. In fact, no country in the world has achieved gender equality or is on track to achieve it by 2030 – and we know that inequality is bad for everyone, including men. And gender equality is a men’s issue. Societal pressure to conform to masculine attributes such as a need to dominate, aggression and not showing emotions has bad impacts on men and harms those around them.

And environmental and gender issues are inseparable. Climate change affects women disproportionately because they are often poorer than men. That is down to lower incomes, having less access to assets and not being involved in political and household decision-making processes that affect their lives. This is true for women worldwide.

it’s simply shocking that 70% of climate negotiators are male.

In Europe, for example, because average salaries and values of assets are lower for women than for men, single mothers and elderly women might struggle to afford the installation of measures, such as insulation in buildings and renewable heatin, that are required to address climate change. At the same time, men and women contribute differently to climate change in the first place, with men having higher environmental footprints than women. So it’s simply shocking that 70% of climate negotiators are male.

Clearly environmental policies are not gender-neutral. If that bias is not taken into account, those policies could perpetuate existing inequalities. Yet in designing Europe’s flagship framework to transition towards carbon neutrality by 2050, the European Green Deal (EGD), the integration of gender and interactions of social markers such as race, class, gender, age, and sexual orientation that shape an individual’s or group’s experience has not happened (see box, Time for a new deal).

Time for a new deal
Integrating gender and the interactions of social markers such as race, class, gender, age, and sexual orientation that shape an individual’s or group’s experience should be central to environmental policy. But there are examples in the European Green Deal (EGD) of a disregard for this intersectional perspective.

Women and men have different mobility patterns. According to studies, men are more likely to drive a car, while women are more likely to use public transport. In fact, women, in general, tend to have more sustainable transport choices, but this is also due to lower incomes and access to ownership of cars. Studies also show that women and men have different transport patterns, shaped by their social roles. Women are still responsible for the bulk of the care work and this impacts the way they travel. Again there are studies that show that women tend to do several trips a day to do groceries, take care of family members, whereas men tend to commute more to and from work. Mobility policies under the EGD are largely focused on greening existing infrastructure: focusing on switching to electric cars, high-speed trains, greening aviation and so on. But applying pan-gender thinking reveals a need to invest in sustainable public transport, to make all transport safer, and to make public transport more accessible and affordable.

The Common Agricultural Policy, which consumes a third of the EU budget, is not only environmentally damaging but also gender-blind. For example, while research indicates that female farmers tend to adopt more sustainable farming practices, the funding scheme does not address their needs or tap into their potential. It assumes a patriarchal model of men as breadwinners. So, we can see that EGD policies are gender-blind and dominated by a perspective. that assumes that the masculine model is the neutral and objective point on which to base policy.

So I marched in Brussels because gender issues must be integrated into environmental policymaking, and the programmes and projects that emerge from those policies. I and all eco-feminists want to be serious about transforming our societies so they work for people and the planet. At the heart of eco-feminism is a will to see social and environmental issues connected.

Oppression of women and marginalised groups and the destruction of nature are both rooted in a construct of patriarchy, racism and unfettered capitalism. We cannot fight climate change without smashing that construct.

That’s why we should all be eco-feminists.