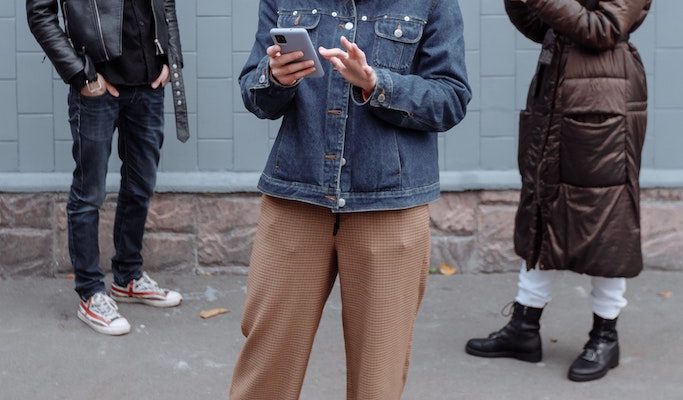 Why were the Covid-19 death rates in populist countries such as the US, Brazil and India, so high? And why did China still struggle with outbreaks of the virus despite its authoritarian lockdowns? Epidemiologists and economists have tried with little success to find answers to these questions. For example, the number of hospital beds per 10,000 inhabitants, health expenditures as a percentage of gross domestic product and the population share above 65 years old hardly show any meaningful relationship with the death rates of the pandemic. Apparently, health indicators, income levels and governance indicators cannot explain the huge differences in mortality rates between countries.

Researchers from a variety of disciplines have looked, therefore, at social variables, in particular social capital. But they use a great diversity of indicators for social capital, ranging from trusting attitudes to the number of Facebook friends and even voter turn-out. It is therefore no surprise that these studies don’t provide a good explanation either.

In contrast, social capital is concerned with individual benefit from relationships and strong ties within groups, which may lead to distrust or conflict between groups.

A social variable that seems more likely to be associated with lower pandemic death rates is social cohesion. This concept was developed by Émile Durkheim in 1951 and can be defined as the social quality of societies that provides belonging, mutual support and solidarity.

Social cohesion is concerned with the common good and tolerance and respect between groups in a society. In contrast, social capital is concerned with individual benefit from relationships and strong ties within groups, which may lead to distrust or conflict between groups. Social cohesion in times of a pandemic implies, for example, keeping distance from elderly people and voluntary self-isolation when tested positive, as well as social support for those who are afraid to go out for grocery shopping.

If Brazil had the same level of social cohesion as Malaysia, it would have had 49,000 fewer deaths in the first year of the pandemic.

In a paper with my co-authors, we used a comprehensive measure for social cohesion, consisting of 32 indicators: the Social Cohesion Index. We estimated the relationship between the Covid-19 death rate of countries on the one hand, and social cohesion and a large number of other possible explanatory variables on the other hand. Our analysis covers more than 100 countries and almost the whole first year of the pandemic – before vaccinations started. The main findings of our analysis are twofold.

First, the results show that there were 1.8 fewer deaths per 10,000 inhabitants when countries score one point higher on the Social Cohesion Index. This means that, for example, if Brazil had the same level of social cohesion as Malaysia, it would have had 49,000 fewer deaths in the first year of the pandemic.

Second, we split our Social Cohesion Index into two categories: one for safety and trust indicators between individuals and the other for the relationships between social groups. To our own surprise, this last one showed the strongest results. The underlying indicators of this index point to the mechanism through which social cohesion relates to the death rate caused by the virus. The mechanism appears to be divisiveness. The more grievances between groups and the higher polarisation between factions in a country, the higher the Covid-19 death rate.

The higher mortality rates in populist regimes can now be explained by the strong divisiveness in these countries.

Interestingly, the SolPan project, analysing solidarity during the pandemic, reports similar findings at the national level. It may well be that social groups, differing along social, cultural, political or religious lines, may see the virus as a common enemy when their basic attitude toward each other is one of tolerance and respect, instead of using the virus as a means of division. The result suggests that divisiveness between groups may be worse for the mortality of the infection than general distrust or a lack of safety and cooperation in neighbourhoods.

Our findings help to answer both of my opening questions. The higher mortality rates in populist regimes can now be explained by the strong divisiveness in these countries. For example, in the US, along the sharp bi-partisan political divide that was boosted by Trump. In Brazil, one of the most unequal countries in the world, along the social-political divide, Bolsonaro cunningly used that division to gain popularity. And in India, where the divide runs along religious-political lines, premier Modi’s Hindu-nationalist BJP fired up the blaming of Muslims as spreaders of the virus, which the WHO condemned and said is not useful in the fight against the pandemic.

Several studies using polarisation as the key explanatory variable also suggest clear correlations between populism and Covid-19 death rates. And when we look up the ranking of the three populist countries mentioned on the Intergroup Cohesion Index, of 166 countries listed, the US ranks 115, Brazil 123 and India 157. Other populist countries also have low scores, including the UK at 113 and Mexico at 132.

And as to why China is still having difficulties containing the virus, despite its repressive policies, our results indicate that, while authoritarian governments have been slightly more successful than their populist counterparts in curbing Covid-19 deaths, the statistical relationship is very weak.

The results may indicate that repressive top-down policies are at least as effective as those of democratic governments. But the results may also be a sign of underreporting of deaths by authoritarian regimes.

Recent protests in China point out that many no longer accept the authoritarian approach, and probably have resisted the policies already for some time, through behaviour that may not have helped to reduce the spread of the virus. And now the government’s response has been to relax the strict measures, it is likely that the spread and mortality of the virus will increase further.

With China’s ranking halfway up the scale of intergroup cohesion (88), there is very little social cohesion available to make up for the top-down policy measures. In other words, it is not likely that the frustrated Chinese population will now voluntarily show the behaviour that the government wants them to have.

Socially speaking: a comparison through key words of social capital and social cohesion.

Irene is Professor of Pluralist Development Economics at the Institute of Social Studies of Erasmus University Rotterdam. She is the author of the textbook and mooc ‘Introduction to Economic Theories’, …