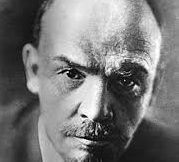 Tomorrow is always more radical than we can realise today. Just ask Lenin.

Any truly sustainable path is radically unconventional – politically, socially, economically, financially and environmentally. Relentless entropy seeks to unpick organisation and civilisation so that only continual non-normative radicalism can hold the fort. Look backwards in history and we see how radical progress is and how normative failure is.

Unfortunately, the messy radicalness of real sustainability is not grasped by most progressives in the solutions they propose to our creaking status quo. This is the preeminent threat to our future.

Perhaps, the madness of progressives is best represented by their tendency to rely ever more on the regulatory state. Excessive regulation defines the existential danger of normativeness. It suppresses essential disruptive entrepreneurialism. Bad regulation really could be the lead horseman of the apocalypse.

If a progressive’s alternate worldview is born out of specialism (say the environment) then only a small piece of his or her world is genuinely seen with radical eyes. Beyond the specific area of expertise, a progressive’s views are simplified and normative. Everything else is either seen as a roughly stable equilibrium or just incremental differences driven primarily by the influence or needs of the narrow area of specialist radical thought.

If the progressive perspective is more pluralistic it still tends to be nostalgically normative – seeking paths back to a point in the past that was perceived to work better. This normative giant – Big Norm – is a common factor in the various forms of populism we are seeing emerge in the West. It is also the engine behind traditional conservatism.

Dangerous radical-yet-normative thinking dominates climate change discussions. I don’t dispute that there is a worrying probability of catastrophic climate change. But radical environmentalists may pose an even more acute threat to our existence.

Why? Because the energy cost of accessing new energy is many times more critical to our future. Just imagine an unfolding climate emergency and its massive impact. We will require gargantuan amounts of energy to manage events and make necessary adaptations. Hydrocarbons are the only truly critically viable energy source we have for this situation.

At the point when we need to move millions of people, rehouse them and feed them, green energy isn’t cutting it. Even if we have loads of installed solar, wind and hydro what happens if the sun shines, the wind blows and the rain falls in different locations?

Unfortunately, the quality of our hydrocarbon resource is deteriorating rapidly and the issue has nowhere near enough prominence. Fifty years ago one barrel of oil provided the energy to get one hundred more. Today the ratio is closer to ten to one and declining rapidly. The energy return on energy invested for green energy is even worse. This is without doubt a greater threat to human existence than climate change.

Dangerous, radical-yet-normative thinking encouraged by environmental lobbying means we are replacing degrading hydrocarbons with much less flexible and low-energy return on energy invested alternative energy sources. The irrationality of this is staggering. We need to put our collective efforts into something with the genuine potential for energy density and efficiency to replace hydrocarbons and that probably starts with astronomically greater funding for nuclear fusion.

We all unthinkingly embed the global dollar-led financial and economic system as a permanent fixture in our analysis of everything to do with commerce, finance and government. The IMF, OECD, G20, global markets and financial exchanges are all guardians of dollar preeminence. This is a doozy of a trap by Big Norm.

China wishes to establish its global preeminence which means usurping the dollar. Its economic superpower status and rapidly expanding military capability mean that a Chinese rather than US hegemony is in sight. It is highly unpalatable to China to have its considerable debts governed by dollar relationships. Or for it to pay for its massive appetite in commodities or conduct its trade in dollars.

The dollar is a dastardly geopolitical trap for China. They know that their very significant dollar dependence is a vulnerability in ways not too dissimilar, despite its gargantuan size, to previous emerging countries that have suffered debilitating and sometimes terminal crisis when their economies get out of kilter in a dollar world.

Ideally China wants the Renminbi to be the primary global currency but with a closed political and economic system that is not possible. How else could they solve their dollar problem? If Renminbi dominance is not possible then second best is orthogonality relative to the dollar. That needs a third king-pin currency. Something that the rest of the world is willing to trust and have as a reserve asset. Gold.

Stop rolling your eyes. I am not a hard currency fantasist or wingnut goldbug. It ain’t going to be the Euro – that is the currency of a failing toothless empire. Gold is the only near-term solution to China’s dollar conundrum. China is the largest producer of gold in the world and has the largest supply in domestic circulation. The raw materials are there to make a shift to at least a partially gold backed Renminbi. Russia and Saudi Arabia would have no problem with gold-backed payments.

Boom! The world suddenly doesn’t work the way we modelled it. High-consuming debtor nations without sufficient industrial, commodity and agricultural infrastructure just got hosed with a step back in status that may not be recoverable and leave some as failed states.

This might all sound as fanciful as a disaster movie script to many minds but the tradability of the Chinese currency independent of the dollar is a truly existential issue for the Chinese. And it becomes more pressing as the economy and demands and expectations of the Chinese people grows. Not so Hollywood now.

At the heart of Big Norm’s trap is a panglossian globalist view and a narrative created and fed by our elites and their klepto-professional lackeys – the professional classes who rule through theft (see this column, The Mint issue 3).

The solution is radically progressive nationalism. The current intellectual dissonance around national self-interest is huge but the wisdom of the crowd is taking us there regardless. Thank God for ordinary people, democracy, free-speech and unedited non-mainstream media.

Who can lead us in a progressive nationalist self-interested vision? Trump has certainly put the issue on the agenda. However, our only likely saviour is the largest radically entrepreneurial organisation on earth – the US military – the true guardian of western liberalism and progress.

We should be thankful that the US military is back in the heart of US government in a way we haven’t seen for a few decades. Did I hear you say WTF!?

Well I would rather have some of the long horizon and hard practical perspective of the professional military closer to advising government rather than, say, a bunch of investment bankers or management consultants.

And you know when it comes to politics and economics the good thing about the military being involved is this hard-headed progressivism. In the US the military is concerned about US industrial capability to support war. Which means it’s a significant supporter of bringing back home more manufacturing capability. It has been a persistent heavy supporter of technology. In some ways – along with easy debt and sometimes debt forgiveness – it’s the US version of socialism. They can’t do socialism of course – they are American.

So let’s hope the military influence grows stronger and that it still has enough of its old strategic chutzpah and entrepreneurialism intact to stay the course and bring the civvies round to a less cripplingly normative sense. 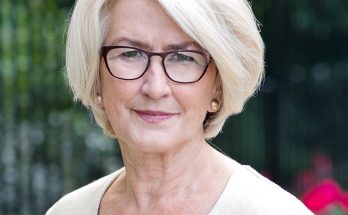 One Comment on “The revolution will not be linearly extrapolated.”