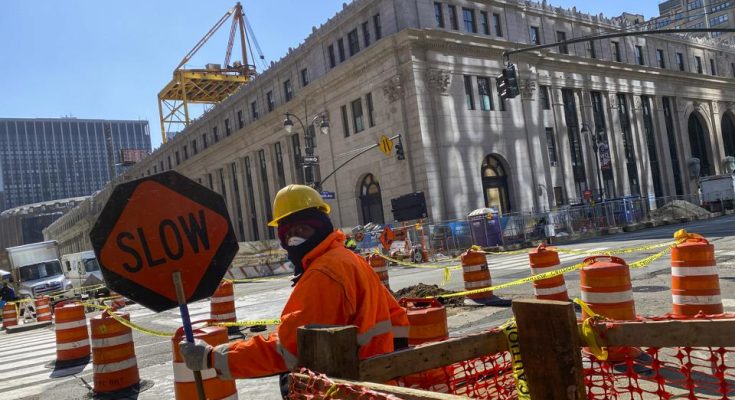 A post-Covid divergence in fortunes is leaving women in the trailing leg. Selvin Kwong reports.

Jenny is one of many women who lost their jobs or had their hours reduced during the pandemic. Shortly after returning to work full-time as retail manager when her youngest child started school, she was told the company will be closing one of its stores. “It happened after the lockdown – the junior staff accepted a pay cut and had their hours reduced, but I was made redundant,” she explains.

As a migrant woman in her late forties, her prospects appear grim as she starts another day by checking for job advertisements and reading the financial news. “Things are really tough for me and my family right now – I really hope the government has a plan for recovering the economy”..

Economists and politicians world-wide have been cooking up an alphabet soup in predicting the shape that economic recovery will take as we emerge from the Covid-19 pandemic. Will recovery resemble a V shape as the economy rebounds, or perhaps a W as it rebounds after a second wave, or will it be a U or even an L as the economy takes on a slow sluggish return over time?

“Women in many parts of the world have borne the brunt of this recession.”

What about adding some colour to the mix? Analysts have observed the disproportionate impact that the pandemic has had on industries where women make up much of the workforce. They have been dubbing the emerging financial crisis a “pink collar recession” or a “she-cession”. With predictions of a K-shaped recovery, will the economy most likely resemble a Pink K?

The idea of a K-shaped economic recovery emerged to describe the phenomenon in which an economy recovers at different paces for different industries or groups of workers. The letter K resembles a two-pronged chart diverging into two trajectories of winners and losers, with the top half headed for recovery and the bottom half continuing in sluggish decline. This trailing leg may well be the fate of one group of workers who make up half the world’s population  – women.

Women in many parts of the world have borne the brunt of this recession. More than 50% of jobs have been lost to women like Jenny, with many female-dominated workforces disproportionately affected such as those in retail, hospitality, tourism, education, as well as many “caring” professions. Women have also taken on additional duties in the “second shift” at home, with many more women than men acting as primary carers while working remotely from home.

Policy advocates have called for a female-focused budget referring to the current economic crisis as a gender disaster with “a two-lane road to recovery, a fast track for men and a slow lane to nowhere for women”.

Even in pre-pandemic times, women were generally not as financially healthy as men. Research shows that women tend to have lower financial literacy and prioritise the well-being of the family unit above their own financial health. Despite increasing workforce participation, we know that women are more likely to be engaged in less secure, informal/casual or part-time employment and have less savings and retirement funds, often as a result of career interruptions and caring responsibilities. As a result, when unexpected life events or transitions take place, such as a separation or a health crisis, women often have less financial resilience to cope.

Governments around the world have taken unprecedented measures to tackle the current financial crisis. Suddenly, Keynesian or even Rooseveltian economic approaches are back in vogue with politicians pledging jobs and infrastructure revolutions as the headline political agenda. Stimulus proposals like the “New Deal” in the UK and in the US, Biden’s bid for a $2 trillion green-energy overhaul all point towards a revamp in governments’ approach to public spending.

“Policy advocates have called for a female-focused budget referring to the current economic crisis as a gender disaster.”

In Australia, the recently unveiled Federal Budget set out an ambitious plan for rebuilding the economy that Prime Minister Scott Morrison, described as the most significant since World War II. Despite being a leader in delivering a more expansive stimulus package than many international counterparts to date, the budget also received criticism for leaving women behind.

The focus on shovel-ready jobs, such as in rail and transport infrastructure, concentrated stimulus in male dominated sectors. The lack of equivalent funding for social infrastructure such as health, education, child care and aged care shows lack of insight on the important role played by caring sectors and their potential to stabilise the economy. It overlooks the composition of the modern labour force, with women playing a significant role in growing areas like the service sectors. Leading businesswomen feared that the imbalance of stimulus could send progress achieved in female workforce participation backwards, resulting in loss of talent and a widening of the gender pay gap.

Worse, many women are at risk of falling through the gaps in the labour market altogether being those who are last hired and first fired. After spending a lifetime putting others’ needs before their own, many are left with little financial resources to draw upon. The prospect of poverty-stricken old age is real for women who are reliant on the private rental market and a dwindling welfare system. Research shows that old women are the fastest-growing group among the homeless, and together with mothers, they are the new faces of unemployment.

Even if we saw the economy purely in terms of driving down unemployment, investment in female-dominated sectors makes sense for leveraging half the labour market. Analysts observed that even while maintaining the focus of stimulus in male-dominated infrastructure and construction, prioritising certain types of projects could benefit and generate jobs for women. This may include the building of social housing, aged-care facilities and domestic violence shelters, or in infrastructure projects that employed more women, such as in renewable energy and other green recovery plans. Economic modelling recently released by The Australian Institute showed that funding for childcare is nearly 20 times more effective in creating jobs than an income tax cut of the same size. These findings reconfirm previous research by UK Women’s Budget Group that 1.5 million jobs could be created in the UK if 2% of GDP were invested in care industries.

“The prospect of poverty-stricken old age is real for women who are reliant on the private rental market and a dwindling welfare system.”

As the K-shaped economic recovery pattern takes shape and we witness the emergence of winners and losers – pink is not the only colour in the mix. Other divergences such as those observed between white, black and people of colour highlight issues of race, while gaps between white-collar and blue-collar workers highlight issues of class. A woman of colour may experience an intersection of structural disadvantages in unique ways. Every country will require its own recipe of stimulus with economic policies catering to their specific circumstances in order to recover, so no one-size-fits-all solutions are available.

Nevertheless, gender is one important dimension that deserves proper consideration. Economic policies or strategies which may have been effective in tackling the 1930s depression or post-war recovery efforts (once centred on a male bread-winner model) are no longer applicable to modern labour markets. Governments around the world have a unique opportunity to drive the shape of recovery by designing equitable budgets that fully flex the gender-economic muscle of its female workforce.

Selvin is a community worker and researcher with experience in financial inclusion, welfare reform, labour rights and women’s equity. Based in Australia, she has worked in a range of non-profit …