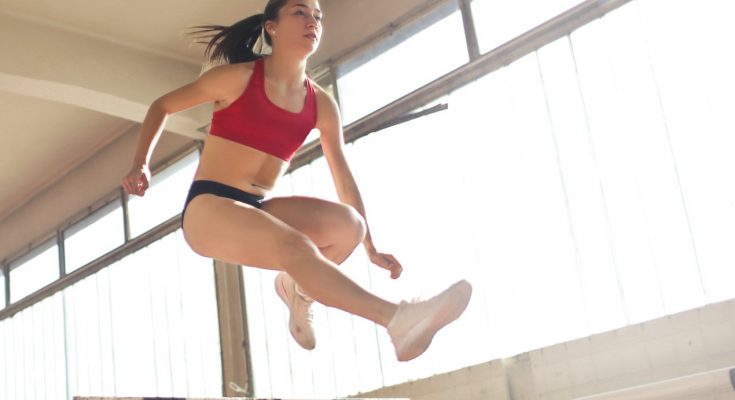 It’s time for the bosses to stop posing as helpers of disadvantaged groups and to just get out of their way. Patricia Gestoso offers directions.

In 2013, the then chief operating officer of Facebook, Sheryl Sandberg, published her book: Lean In: Women, Work, and the Will to Lead. It was a cultural phenomenon that prompted discussions about women and their professional ambitions as well as the additional barriers they had to surmount to get to the top compared to men.

The book also reassured organisations that it was not their responsibility if they didn’t have enough women in leadership. It was the women’s fault. They were not leaning in, not putting themselves out for a promotion, they were not confident enough. As a consequence, the “fixing professional women” industry boomed.

An indicator of this boom is the exponential growth in Google searches for imposter syndrome since 2015. Increasingly, workshops, programmes, and newsletters have been relentlessly targeting women in male-dominated sectors like tech and finance with the promise of giving them confidence as a means to reach leadership positions. A peek into the publishing industry proves that imposter syndrome has also colonised our bookstores in the last few years.

However, unconfident women alone couldn’t explain the whiteness of executive and board teams. So training in unconscious bias came to the rescue. It was appealing to organisations because again it focused on individuals rather than on the organisation’s processes and culture. Moreover, it exculpated leaders too, who could blame their “primitive” brains for the inequities in the workplace.

Workshops, programmes, and newsletters have been relentlessly targeting women in male-dominated sectors like tech and finance with the promise of giving them confidence.

It was a marketing success. In 2017, McKinsey estimated the annual spending in the US on unconscious bias training at $8 billion. This despite researchers had reported in 2001 that training initiatives focused on changing employees’ attitudes and behaviours that reflected more subtle forms of discrimination and exclusion rarely led to the desired long-term changes.

Ironically, as most organisations made those trainings optional, the typical attendees were employees bearing the brunt of unconscious biases – women and people from underrepresented groups – which reinforced the obvious conclusion: unconscious bias training was a lovely ticking box for organisations because it was quantifiable in terms of money spent and number of events but let key stakeholders get out of jail free.

Unfortunately, it didn’t result in the effective diversity and inclusion game-changer that we were led to believe it would deliver. This was not a surprise since it rested on the premise that learning about unconscious bias and its impact on decision making was enough to solve it, while ignoring that by design, most of our mental processes are unconscious. Even Dr Daniel Kahneman, who was awarded a Nobel Prize for his work on heuristics and biases, has been vocal about his inability to keep his unconscious bias in check.

Diversity training needed a revamp and the murder of George Floyd in May 2020 brought a revival of the word “allyship”. In 2021, Dictionary.com named it the word of the year.

This “allyship continuum” is very attractive to organisations and leaders. First, it reinforces the lack of accountability at the senior level by equally distributing the responsibility of building inclusive organisations among all employees .

In the Global North, “allyship” and “allies’ are words that bring memories of the World Wars, being on the right side, and sacrifice. In the workplace, it has become an all-encompassing term for framing the interactions between a person in a position of privilege and a targeted person or group. From simply becoming aware of oppressive actions on less privileged groups, to deploying institutional change to tackle the discrimination of protected categories, all can be considered an act of allyship.

This “allyship continuum” is very attractive to organisations and leaders. First, it reinforces the lack of accountability at the senior level by equally distributing the responsibility of building inclusive organisations among all employees . Second, it’s self-congratulatory. Under a premise that we could summarise as “every little helps”, it enables us to embody the identity of an ally with minimal effort. Finally, it reiterates the belief that diversity, inclusion, and equity (DEI) are under-represented group problems that allies can help to mitigate from the margins.

And allyship training excels at marketing. Some of its promises are building empathy, addressing biases when they arise, and even helping those suffering the burden of discrimination to stop complaining about microaggressions and instead listen without getting defensive – a big relief to human resource departments.

But overpromising is not the only problem. Our obsession with rebranding all DEI strategies as allyship also waters down powerful initiatives by drowning them in a sea of sameness. For example, recently, the Mayor of London office announced that it is investing £1 million in an allyship training package available to every secondary school in London to educate and empower young Londoners to take a stand and help prevent violence against women and girls. The package – a teacher’s toolkit titled, Ending gender-based violence and abuse in young people’s relationships – doesn’t contain the word ally, allies, or allyship. Still, the mayor’s press office felt the need to rebrand it as allyship training.

Regarding effectiveness, the key problem is that reported measures of success are typically based on people’s perceptions of themselves – or others. Research shows that men are worse allies than they think. For example, 77% of executive and c-suite males think that most men within their organisation are “active allies” or “public advocates” for gender equity but only 45% of women at that level agree. This gap in perception increases at lower management levels.

Would replacing allyship with a different word boost the commitment of employees and organisations to make workplaces more equitable? Suggestions abound: advocate, champion, co-conspirator, co-liberator – the list goes on. Moreover, is tackling imposter syndrome, reducing unconscious bias, or promoting allyship useless? I posit that they are mostly a distraction from tackling systemic inequalities at work and the responsibility of leaders to drive those changes.

For example, whilst we throw money into addressing underrepresentation or making privileged employees feel good, the UK gender pay gap has increased by 3.8% from 2021 – black African, Bangladeshi, and Pakistani women earn, respectively, 26%, 28%, and 31% less than men and disabled employees earn a sixth less than non-disabled workers. And organisations dodge responsibility for the fact that 50% of women who take a tech role drop it by the age of 35 or that 20% of British businesses get away with lacking of policies to support LGBT staff.

How do we move away from sympathy for the hardships of under-represented groups to embedding equity in organisations? How can we escape the trap of DEI-washing?

Organisations need to shift from the comfort of snapshot statistics such as annual diversity audits, to measure the progression of women and underrepresented groups through the ranks. For example, asking themselves how they can attract brilliant women in their 20s and keep them until they retire, and realising that’s much more than thinking about maternity leave. It involves mapping the journey of employees such as a neurodiverse, female software engineer until she becomes chief technical officer, or a black, nonbinary person joining as a junior sales manager and reaching vice president level. This will uncover blockers to accessing opportunities and career progression within the organisation and provide insights into the initiatives needed to overcome them.

Individuals are not off the hook either. It’s paramount we teach people how to transgress against boundaries such as gender, ethnicity, class, age, or disability to achieve the collective gift of freedom. Building inclusive and equitable workplaces is a practice, not a certificate.

As Aboriginal elder, activist and educator, Lilla Watson, said, “If you have come here to help me you are wasting your time. But if you have come because your liberation is bound up with mine, then let us work together.”