Quant seems apprehensive as he arrives at the trendy east London Shoreditch bar, Looking Glass, where I am waiting, perched on a bar stool. “Nothing good can come of this,” he says gloomily, as he calculates the banker-bashing moves of which I might be capable, and to which he has become accustomed, in the popular press, especially since the banking crisis of 2008. He looks geeky and solemn in his round glasses but has swapped his banker’s uniform for smart casuals. Reassuring him that I just want to understand how his bit of the financial world works, we plunge right into it.

Quant, a maths and computer whizz (Oxford and Cambridge) who believes that wages are a measure of human worth (his are high), spends his day estimating the price of things with no obvious value. As he sips his pint, he sets out the complexities of value in structured finance markets. The investment universe, he tells me, is composed of equities – stocks and shares – and what he calls the “fixed income space” of bonds and loans (debt). Structured finance falls into this fixed income space. If I were to buy a bond, he says, the contract attached to it will tell me exactly what I am to be paid when my investment matures. The tricky part, from his vantage-point, is establishing the value of the bond, the price at which the bank will sell it to me. The value of things like this, it turns out, involves a complicated financial alchemy.

“Only 25% to 30% of the market has a direct bid on it,” says Quant, meaning Goldman Sachs, for example, is willing to pay a certain amount for it, “which is a good indication of a price that’s close to that value”. But that still leaves 70-75% of value to be determined. This is where Quant comes in. He analyses comparable, quoted, securities with a direct price and translates this across to the bit of the fixed income space and the investment instrument he is concerned with. It’s like gauging the value of my flat, he says. This is always an estimate based on its size, its location, and what other properties nearby have sold for. In his business, this is, he explains, quite a data-intensive exercise: “You need to scan through thousands of securities to figure out their different characteristics to determine their value. So, we sell prices, evaluations, just data; our products are all data”. Embedded in data used to illuminate value, are calculations of risk. Risk “is more about having established where we are today, what’s the likely trajectory in the future, and what’s the hit if things go terribly wrong”. High-risk products have lower value, while those with lower risk have a higher value.

Correctly estimating value and risk is important. Leaving explanation of how Credit Default Swaps work to the film, The Big Chill, the 2008 banking crisis was essentially triggered by systemic failure to estimate risk and value properly. Quant explains that those different kinds of debts – mortgage, credit cards and so on – carrying different levels of risk, are bundled together and sold in tranches to investors. This makes it especially difficult to determine their risks and hence their value. Quant was working in a New York bank in 2008. But rather than lose his job like many bankers, his skills in mining data made him more highly employable as a more regulated financial future, one that demanded more rigorous risk evaluation, dawned and Quant prospered.

Money makes more money, and those who understand the alchemy of money skim the transactions and profits.

He tells me, it’s all about the algorithms: the ordered sequences, instructions and variables that estimate the value of the bond. Quant’s analytics make money for people who are already wealthy, as well as for institutional investors, like pension funds and sovereign wealth funds. This kind of investing is a rich person’s (or wealthy institution’s) game for knowledgeable investors who can afford both to lose their money if things don’t work out and to pay the management fees. This is part of the money-expanding game, the varied, complex enterprise that underpins the generation of huge accumulations of wealth in London. Money makes more money, and those who understand the alchemy of money skim the transactions and profits.

Fund managers overseeing investments using Quant’s algorithms “will be paid, usually, a fixed-rate fee on the assets that they manage. So, if they manage $1bn in assets, they’ll be paid 2% as a flat fee. Then they are paid an incentive fee – 20% of the increase in the portfolio’s value over a certain threshold. 2% and 20% is the industry standard; and as well as making rich people still richer, this system of indeterminate value enriches the money handlers too. The money machine searching for value makes a small number of people very rich indeed and leaves those who advise them, and those who write the algorithms, like Quant, comfortably off too.

That’s enough high finance for me in one night. I say goodbye to Quant, who is meeting his friends here in the Looking Glass. Itsowner, The Boy, a streetwise millennial armed with an education in anthropology, has agreed to walk me through the operations of the night time economy on his patch. Thinking I’d left finance at the bar with Quant and his employers in The City, we walk to the eastern end of Hackney Road: an area clearly in transition from the 19th to the 21st Century. Entire sections of this Victorian street are being cleared as developers make offers that building owners and businesses, like Ray’s Glass and Frame shop, and The Joiners Arms find it hard to refuse. One shop or pub at a time.

Alongside this patchwork of demolition, rising out of pools of orange lamplight I spot two new apartment blocks called Shoreditch Exchange: 184 flats with gym, cinema, and 24-hour concierges. Starting prices are just below £800,000. The developer, I discover later, is Regal London, a privately-owned company that buys small plots of land in London, Hong Kong and Dubai, underpinned by a private equity company called KKR, one of the world’s biggest private equity funds. Private equity funds are high-return investment instruments used by wealthy investors searching for the kinds of value and returns on investment that Quant describes.

It felt as though we had caught high finance in the act of searching for value, in the dead of night, recasting the streets of the city in the process, one building at a time. Shoreditch might look like a trendy alternative space for young people enjoying the night time economy’s bars and restaurants. But it too is part of the city’s money expanding machine and its relentless search for value. Value is everywhere and it shapes our lives. Coming to a street near you – soon.

Caroline is a Global Professorial Fellow at Queen Mary, University of London and Director of the British Academy’s Global Challenges Research Fund Urban Infrastructures of Well-being Programme. She is the … 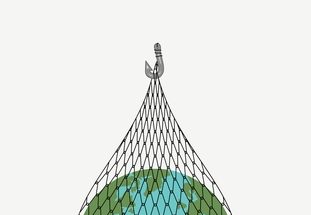