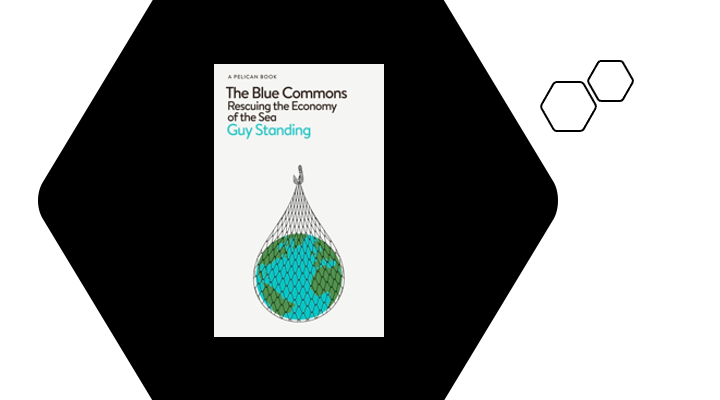 In response to severe ocean stress, UN secretary-general, António Guterres, recently called on international organisations to nurture the “global commons for our greater good”. But renowned economist and Emeritus Professor at the University of London, Guy Standing, illustrates that is easier said than done in his latest book, The Blue Commons.

Reinforcing his previous work on the rise of “rentier capitalism”, Standing argues that “treating our seas as a source of profit has set a disastrous course”. He offers a relentless critique of the many ways in which private corporations, backed by light-touch regulation, have marred marine habitats.

He dismisses public-private partnerships, and other efforts to convert predatory market behaviour, into “win-win” solutions as naïve at best, and complicit at worst. He calls for a new strategy of blue “commoning”, using a mix of tighter regulation, locally enforced rights and targeted redistribution.

In 1982, the United Nations Convention on the Law of the Sea (UNCLOS) enshrined the principle of sovereign ownership over territorial waters. UNCLOS established exclusive economic zones (EEZs) for coastal states. EEZs granted purchasable fishing rights to each country covering up to 200 nautical miles from its coastline.

Standing describes the UN charter as the “single greatest act of enclosure in history” – outstripping even the infamous privatisations of common land by British governments  between the 17th and 20th centuries. Today, EEZs cover roughly 40% of the world’s seas.

UNCLOS redrew the oceans into a patchwork of potential common resources, to be overseen by states for their citizens. For Standing however, governments ignored their responsibility to protect the seas. Instead, they handed management of marine ecosystems to private corporations.

Over the past 40 years, fishing firms have purchased vast tracts of ocean territory through state licences. Policymakers reasoned that property rights would foster responsible business practices and ensure the long-term preservation of marine ecosystems. Instead, financial capital has evolved to concentrate short-term profits by discounting longer-term externalities.

Rather than curbing overfishing, for instance, privatisation has exacerbated the problem. To increase shareholder value, the world’s largest fishing companies – dominated by a handful of state-subsidised multinationals – have developed trawling technology to maximise catch yield.

Today, ships the size of football pitches drag heavily weighted nets across the sea floor, trawling vast quantities of fish. These include large by-catches of unwanted and (ultimately) discarded species.

Due to industrial fishing practices, the UN Food and Agriculture Organisation (FAO) recently calculated that one-third of global fish stocks are now either overfished or depleted. The rest are close to their sustainable limit.

Unfettered capitalism has also spawned vast islands of discarded plastic found floating on ocean eddies. Other by-products include the destruction of fragile sandbanks to help make cement, and dangerous levels of water pollution released by freight ships and cruise liners.

Standing decries rentier capitalism as the guilty party for all of this. He also takes umbrage with the inherent contradictions of “stakeholder capitalism”, which tries to balance the competing aims of shareholders and society at large .

Deep-sea mining emerged as a contentious issue, with numerous Small Iisland, Developing States (SIDS) calling for an industry-wide moratorium. Other countries – including Japan, South Korea and Singapore – remain in favour of the controversial practice. Elsewhere, small-scale fisher groups claim they were excluded from key negotiations.

While all 193 member states pledged unanimously to strengthen ocean supervision, no internationally binding policies were agreed. That was scheduled for August 2023, when Singapore will lead negotiations for a new constitution on maritime governance in the “high seas” (areas outside the control of coastal nations’ territorial waters).

This construct, he says, turns out to be little more than “illusion” claiming that exploitation of the seas increased “almost exponentially” in recent years, even as corporate concerns over their actions allegedly grew. But we can’t stop human maritime activity tomorrow. So, what are we to do?

First, Standing argues that governments should abandon the “fetish” of ceaseless economic growth. Second, maritime nations should establish “blue common funds” financed by levies on the commercial exploitation of ocean resources. Taxes on these activities would then be redistributed as a basic citizen income.

Compensating commoners would limit exploitation by making ocean-based economic activity more expensive. Marine preservation would also be improved by delegating fund governance responsibilities to commoners. They could oversee rules on (among other things) boundaries, access and investment strategies.

Standing asserts that national governments have, over the past 40 years, largely failed to live up to their role as maritime “stewards”. Their mission, he submits, should be re-defined as arbiters over blue fund disputes. International organisations, such as the FAO, could then act as monitoring gatekeepers to ensure that nation states are held accountable.

To support its pensioners, Norway’s Pension Fund Global invests the country’s surplus petroleum revenue. The Alaska Permanent Fund, meanwhile, uses excess oil proceeds to fund investments which pay an annual dividend to all Alaskan citizens. While the Alaska Fund comes closer to Standing’s vision of a blue basic income, both funds rely on a single depletable resource, rather than levies on numerous exploitative activities (such as deep-sea mining, ocean-linked tourism and port construction).

Standing admits that his ambition will need “near-term pressure and action”. Needless to say, some readers will query the political feasibility of his proposals. Still, The Blue Commons is a salutary reminder for all of us  to reconsider our relationship with the sea. And not just in terms of its utility, but also in recognising our mutual interdependence with nature.

On being an inspiration – transcript