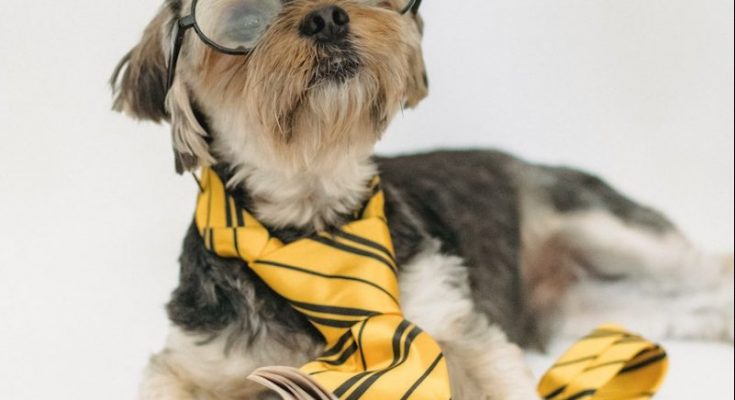 When Mexico adopted a tax on high-fructose corn syrup as part of an effort to address the country’s obesity crisis, US-based corn producer, Cargill sued to get rid of the tax. When Canada’s province of Quebec banned a harmful pesticide, its producer, US-based Dow Chemical, sued to get rid of the ban. And when environmental activists forced the Obama administration into dropping its plans to build the Keystone XL oil pipeline stretching from Canada to the US Gulf coast, the Canadian oil giant sued the US for lost planned profits.

How is this possible? For hundreds of years, it was widely understood that if private companies violated the law, governments could fine them, sue them in national courts, or even revoke their corporate charters altogether. But in the past few decades, multinational corporations (MNCs) have seemingly turned the tables on this long-standing practice by using obscure clauses within international trade and investment treaties that allow them to sue governments.

More specifically, the clauses enable foreign investors to sue host country governments if the country enacts new laws or regulations that end up costing the investor a loss of “planned profits”. The legal proceedings occur outside of national courts in private international arbitration panels without any appeals process.

In what many view as a total assault on national sovereignty and the ability of autonomous states to regulate their own economies, there has been a steadily increasing number of so-called investor-to-state dispute settlement (ISDS) lawsuits filed by MNCs against governments in the past couple of decades.

The idea is that if a foreign investor enters a country’s “investment climate” under rules and regulations in, for example, 2017, and then the country changes its laws or regulations in 2019 in ways that lead the investor to make less profit, the investor can sue the country for “lost planned profits.” If the country loses the case, it can either scrap its new law or regulation or it can pay out settlements – sometimes running to tens of billions of dollars – to the investor.

Foreign investors have used the clauses to sue governments for such egregious acts as raising the minimum wage, introducing health warnings on cigarette packaging, canceling mining projects which would have destroyed the environment of local communities, and limiting the ability of health insurance companies to gouge customers.

Today, ISDS clauses can be found in more than 2,500 bilateral and multilateral trade and investment treaties between nations.

Foreign investors claim they need such clauses in trade and investment treaties to provide them with the necessary insurance to safeguard their investments from unfair expropriation by capricious states. Yet, critics point out, such insurance is already widely available to foreign investors through such mechanisms as the World Bank Group’s Multilateral Investment Guarantee Agency, national agencies, and through private investment insurance providers. Therefore, many believe the real motivation for the aggressive use of ISDS lawsuits is to roll back existing regulations on FDI and to strike fear in governments that may be contemplating the adoption of new regulations.

MNCs have weaponised the use of ISDS clauses in that they do not need to actually launch or even win such lawsuits. Because the litigation costs can be so incredibly high, simply threatening to launch the suits can be enough to scare countries into not going forward with planned regulations or scrapping recently adopted ones that anger powerful foreign investors.

Because the litigation costs can be so incredibly high, simply threatening to launch the suits can be enough to scare countries into not going forward with planned regulations

As the number of ISDS lawsuits by foreign investors ballooned in recent decades, many countries have been badly burned by being on the losing end of them. In response, political opposition to ISDS clauses has grown in rich and poor countries alike.

Countries including South Africa, Ecuador, Bolivia, Indonesia and India have withdrawn from, or renegotiated their ISDS-enforced pacts and re-written how they go about negotiating new treaties. Inclusion of a controversial ISDS clause has been the major factor responsible for politically sinking the negotiations for a US-EU free-trade agreement in 2016, and has stalled the US-India talks on a bilateral investment treaty.

Even in the US’ renegotiation of the North American Free Trade Agreement with Canada and Mexico, the scope for future ISDS lawsuits was considerably curtailed due to mounting public opposition. And Asia’s mega-regional trade deal, the Regional Comprehensive Economic Partnership, had to scrap the clause to get most countries to sign on.

Many more ISDS lawsuits are predicted in the wake of the Covid crisis, as responses to the drastic measures by governments  – including many regulatory changes – to deal with the crisis. They would likely add to growing public outrage. The UK government now finds itself in a similarly difficult spot as it seeks to renegotiate its trade and investment rules with the European Union in the face of growing opposition to ISDS lawsuits on both sides.

The growing antipathy towards ISDS lawsuits has led to calls for an international moratorium on them, and proposals to resolve this problem are being addressed at the United Nations Commission on International Trade Law. One proposal put forward by the European Union is to establish a permanent international investment court –the Multilateral Investment Court.  This would be similar to the International Court of Justice in The Hague, where the scope of ISDS lawsuits would be narrowed and MNCs would be required to get their governments to bring state-to-state lawsuits. A permanent pool of arbitrators would replace the ad hoc arbitration tribunals used in ISDS lawsuits.

Yet many feel such proposals do not go far enough and fail to address the existing stock of ISDS clauses that remain around the world. Advocates are instead calling for even broader reforms that would strengthen states’ rights in ISDS disputes, including turning the tables again to strengthen the rights of states to sue multinational corporate investors, and to simply withdraw from ISDS clauses in current treaties.

In many ways, the overreach on display in the aggressive use of ISDS lawsuits by MNCs is just one part of a broader trend in recent decades in which the ability of states to regulate their economies in their own interests, or for pursuing their own long-term national economic development goals, has come under attack. Deregulating restrictions on what foreign investors can do in countries has become a hallmark of the free markets logic. This became politically ascendent in the 1980s, when the International Monetary Fund, World Bank loan conditions and World Trade Organisation membership rules pressured countries into deregulating their FDI rules.

Deregulating restrictions on what foreign investors can do in countries has become a hallmark of the free markets logic.

More recently, developing countries have gone even further with FDI deregulation under a plethora of bilateral investment treaties and the investment chapters of trade liberalisation agreements. They have tripped over themselves in an effort to deregulate more than their neighbors in desperate hopes of attracting needed investment, technology and jobs.

Development economists note that this trend, however, flies in the face of the historical best practices that were adopted by the successfully-industrialised economies when they were first developing. Traditionally, countries had used a host of various rules and regulations on FDI to ensure that any investments by foreign companies would assist with supporting a country’s long-term national economic development strategy.

It was standard practice for countries to regulate FDI in ways that would guarantee that new technology was introduced and made available to domestic firms, that the foreign investor would purchase local goods and services from domestic companies, and that any incentives such as tax breaks were only provided to those firms with the skills or technology prioritised by a country’s long-term national economic development strategy. Successful countries also used rules and regulations to ensure that foreign investors did not abuse workers or destroy the local environment.

But the 40-year trend towards FDI deregulation has today left many countries unable to regulate adequately FDI coming into their countries. Today, the fear that regulations will drive away potential new sources of needed investment is palpable. This situation has provided foreign investors with immense leverage with which to play off developing countries against one another – threatening to not invest in a country unless its government deregulates even further or offers even more generous tax breaks than other countries. Critics have called this a race to the bottom in terms of regulations and taxation on FDI in countries around the world. Today, investors have freer rein to avoid and evade taxes and little accountability for environmental and human rights abuses.

However, similar to the growing opposition to ISDS lawsuits, there is an increasing recognition of this destructive race to the bottom. There is growing political momentum and support for collectively raising international standardson the behavior of foreign investors in the international arena, such as the United Nations’ Guiding Principles on Business and Human Rights, and the Principles on Responsible Investment.

Despite this progress, these initiatives remain largely voluntary in nature and fall short of actual regulations that could be enforced by states. The voluntary nature of these corporate social responsibility and environmental, social and governance initiatives reminds us that there is no substitute for nationally-enforced regulations, and that much more needs to be done to get human rights and environmental protections adequately enforced.

The jury is still out on these important emerging political trends. The world has seemingly awoken to the flawed logic of endless deregulation, and how destructive it has been to the ability of states to pursue national economic development strategies, enforce the public interest, human rights and protect the environment. Today, there are growing movements that seek to re-establish the rights of countries to adequately regulate FDI, but that day has not arrived yet.

Rick is an Adjunct Professorial Lecturer in the School of International Service at American University and a Senior Economist at Global Financial Integrity (GFI) in Washington DC.

GDP Numbers Not What They Seem 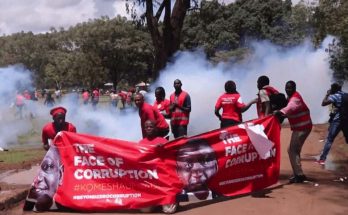 Another IMF Loan Feared For Kenya