Capitalism needs to heal. But mounting greed among the professional classes is choking our post crash recovery.

In the run up to the 2008 crisis, financial speculation was large, dominant and increasingly detached from any reasonable proxies of sustainable future economic realities. I was an investment manager at the time. I saw the crisis coming well ahead of time and positioned successfully to profit from it for my clients.

Sadly, the crisis is still with us – frustrated but not becalmed. We have bastardised our reality through a toxic mixture of excessive debt, over- consumption, offshored production capability, mad monetary activism and kleptocracy – where it the professional classes who rule through theft. So we are blind to the acute existential risk we face.

In the development of nations, kleptocracy can play an important and positive role. It can put progress in the hands a narrow cohort of the very motivated and able. Of course, they will slice off a healthy ration for themselves. Unfortunately, a growing klepto- professional class in our mature democracies is a sign of developmental stasis and potential decline rather than the drive for progress by the able. We are blind to the massive embezzlement we are undergoing.

As a result, our society is much more fragile than it seems. The agenda is set and delivered by professional classes who live well from the system but in aggregate put in much less than they take out in pay and rations. Don’t blame politicians or neoliberal media barons. It’s the self- interested conceit of klepto-professionals that keeps the madness going and  nurtures ideas that more borrowing solves a problem of excessive debt.

The klepto-professionals include journalists, lawyers, City bankers, academics, and consultants of all shades. They are not A-list kleptocrats in a  Mugabe, Xi, Russian oligarch, Middle Eastern prince or ex Prime Minister/ President on the make sense. Nevertheless, they know where their bread is buttered and it is in retaining the status quo of salaries, benefits, house prices, private education, holiday home and so on. Their self-interest is what has driven our insane post-2008 policies. They have ensured that saving the rotten financial system, no matter the cost to ordinary people and the young, through a combination of asset inflation and pseudo-austerity has had  such tragic traction and longevity.

There probably are klepto-professionals who want genuinely to change the world. But they tend to mean change by putting them and their ideas in control to gain rapid promotion to full on kleptocrat.

What’s more, their ideas are panglossian and threaten our democracy and freedom.

I fear we veer too much to so-called progessivism – as evidenced by ideas of progressive alliances in politics – rather than progressive ideas derived from the pragmatism of those that labour as bosses and workers. In addition, a tabloid narrative of good (progressives) versus evil has become commonplace. My reading of history makes me fear this as a sign of creeping totalitarianism.

“The idea that we can make  everyone  wealthier through redistributionof extreme and vulgar wealth is a schoolboy intellectual error.”

In the bad times that are imminent the most important thing is for us to maintain our democracy, freedom and dignity whilst allowing capitalism to undergo metamorphosis once again. Capitalism is like Dr Who, always regenerating and neverquite understood by either devotees or foes. Only by regenerating capitalism within our democratic framework will we defend our wealth and relatively high global status.

The extent and wealth of the klepto- professional class is unprecedented and dependent on the scale of the financial system and its balance sheet. When the balance sheet shrinks – as it absolutely must – the klepto-professional class also shrinks. This symbiosis is extraordinarily dangerous because it is not recognised. And all forms of madness in policy and governance could come from it as klepto- professionals seek to save themselves as the wealth wanes.

The siren progressive voices calling for redistribution based on particular views of fairness are also very dangerous. There is undoubtedly an element of justice in their gripe but we cannot ignore the reality that is our extraordinarily fragile edifice of wealth. It may look massive when looking up at it but it is an over-farmed, deforested and steep hillside that is terribly fragile when the next torrent hits. A sole focus on taxing and redistributing this would be the worst policy failure in history partly as it is a route to destabilising the hillside ahead of whenever the market-driven financial torrent naturally arrives.

“Our future is dependent on providing space for capitalism and  the market to heal.”

The idea that we can make everyone wealthier through redistribution of extreme and vulgar wealth is a schoolboy intellectual error. Our circumstances are hugely different from the early 20th  century when this sort of idea wastimely and formed into a new and improved reality that helped wealth and success to flourish in western economies.

What can we do today that is productive and ensures we are in the strongest position possible to manage through imminent and unavoidable crisis? Survival and vibrancy can only lie in a modern version of Adam Smith’s commons.

Wealth is hard to define and can be quite transient and illusory. Nevertheless it is obvious that our societies are very
capable and can support a good standard of living for all. A commons for the 21st  century that also allows us to live through the coming crisis of capitalism that will engulf us all for a period would have us focus our efforts on national infrastructure now. From housing through to energy and food security our efforts should be to form a low-cost and sustainable base that permits the average citizen to live well regardless of individual means. I don’t seek some socialist heaven in this idea. Striving and entrepreneuralism should be permitted for all our good and any associated vulgarity must be embraced.

Access to a decent minimum standard of living must be a right if we are a prosperous society. This must also be achieved at bargain basement cost levels that are not inflated by the financialised system. A lot of hard choices need to be made to arrive at this sort of societal inclusivity and sustainability. For example, controlling immigration and fully accounting for its costs are essential as we cannot offer a commons for the world. This will be controversial for many self- proclaimed progressives but what is their alternative? Do they believe we can generate wealth infinitely as long as we follow their ideas? That smells of despotism to me.

The primary driver of unaffordability is the excessive costs placed on us by the endless hunger to extract more andmore economic rents from a grossly distended financial sector. Seeking to increase the pay of nurses enough to buyoverpriced houses with too much debt defines insanity.

Our future is dependent on providing space for capitalism and the market to heal. Without healing we too will face despotism, poverty and failure. Our own version of the Argentine tragedy. There is no version of reality that saysotherwise…of course, some progressive klepto- professionals will tell you they know a better way and can be trusted with a plan. For all our sakes, if you truly are progressive, never believe them. 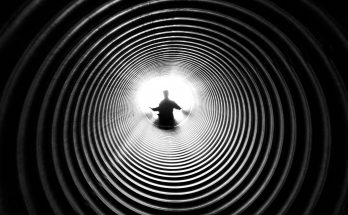 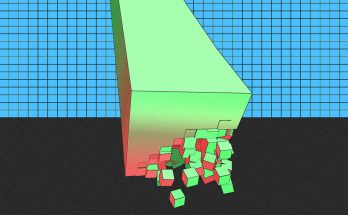