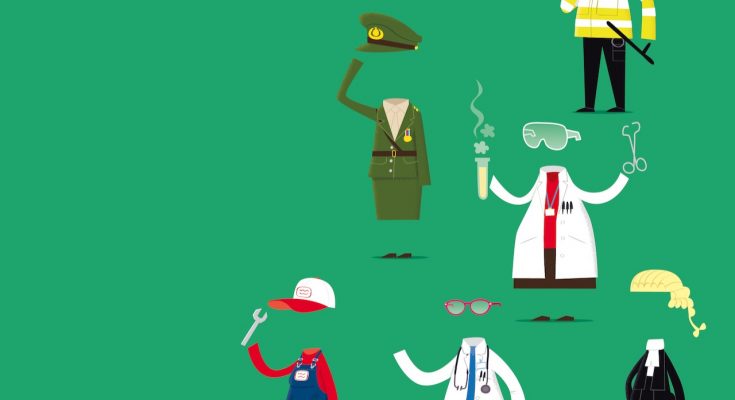 Women’s reality is often invisible in economic analysis and that’s not hard to see. And the lack of women in economics too is clear, even outside the mainstream. The Institute for New Economic Thinking’s major conference in 2017 was particularly noticeable for its lack of women on the stage, which one of our columnists, Frances Coppola, wrote about at the time as Beyond disappointment. The result was substantial sole searching on INET’s part.

Worse still, the past few years have thrown up more and more revelations about sexism and harassment towards women economists, and even sexual assault. And the problem seems worse in economics than in other disciplines. At least now the issue is out in the open and procedures have been developed – if late in the day. This does not mean though that there is recognition of the need for a diversity of thinking in the mainstream.

Indeed The Mint started with a preponderance of male authors. I began working to change this when it was pointed out that most of the contributors and speakers at our events were white male and middle-aged.  With male economists in the majority, and who may have more time than their female counterparts who carry most of the caring responsibilities, this remains a challenge.

So how has this lack of female economists affected economic analysis?  First off there is a lack of gender-segregated data, which is not a problem with economics alone as Caroline Criado Perez showed in her best-selling book Invisible Women: exposing data bias in a world designed for men. Feminist economists have worked for over 50 years to try and redress this problem.

Then there is the big issue of so-called women’s work, not being counted as labour in economic statistics and modelling as much of it doesn’t involve financial transactions.  And for women who do work in the formal economy, pay is low and unequal. These crucial issues are covered in this issue.

For me, the most fundamental problem with economic analysis highlighted by feminist economics is that most of it ignores institutions – meaning the rules of the economic and social game.  The world of economics is largely about the undifferentiated and unconnected individual atoms of homo-economicus and flows of goods and services. Institutional economics, a strand of economics with at least 100 years of literature, is hardly taught.

Many of these rules or expectations, formal and informal, are the ones that privilege men and bind women.  They determine power.  Many of them, like racism, are invisible to all but those who they effect. They can be about looks, tones of voice, attitudes, gossip and more, as much as rules written down.  .  If women point them out, they may be told to stop being victims and get on with it as the new UK Equalities Commissioner has, attacking “modern feminism”.

It is no wonder that feminist economists tend to be more interested in institutions than most economists. And I believe this interest is a hugely important service to economics as a whole. Institutions structure our economy and effect who wins and who loses, including the environment. Just consider Brexit, Trump and Black Lives Matter. How can these be understood without using an institutional frame?  Hopefully with increasing numbers of female economists, they will help put institutions front and centre in economics where they belong.

So in this issue we have a range of contributions exploring women’s economic reality:  Madeleine Bunting talks about her recent book on the caring economy; Naila Kabeer challenges the “randomista” narrative on women’s equality; Jennifer Cohen argues that feminist economics is not about “women’s issues”; Marianna Leite urges us to take responsibility for changing the system; and Madhavi Venkatesan looks at the value of parenting.

We also have examinations of the recent push to stimulate the economy from a woman’s perspective. Hanna Szymborska looks at the UK Chancellor’s proposals while Selvin Kwong reports from Down Under.

From a previous era of government stimulus, Tom Levitt writes about Frances Perkins who played a major role in designing the US New Deal.  And Pam Warhurst CBE talks about her more recent experience of being a woman leading change in this issue’s Dentist column.

Following this year’s Festival for Change, we feature portraits of the four young finalist teams in our challenge to produce proposals to “build back better” post pandemic.  They are impressive young people, with two teams at the forefront of challenging sexist institutions in India: competitive education that ignores well-being; and period poverty fuelled by discriminatory taboos.

We also cover a range of other topics: Steve Keen discusses his recent paper on complexity and macro-economic modelling; Wolfram Elsner mulls over whether Joe Biden will make any difference to US policy on China; and Kevin Deane looks at the implications for teaching development economics from recent pandemic economic responses.

And from our regular columnists, Frances Coppola looks at women’s work while The Outsider urges us to find our inner Koch. Sophie Adamson is this issue’s student voice reflecting on the yawning gap between her economic and philosophy studies.

So no shortage of material for your seasonal break if you are lucky enough to have much of one in these challenging times. I send you our best wishes for 2021 from the Promoting Economic Pluralism team. We must hope and act so it can only get better.