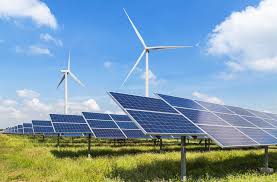 An election pledge by the Labour Party to create a National Investment Bank (NIB) is among the more potentially valuable of its proposals. It would help meet much-needed funding for investment in: infrastructure, innovative small and medium enterprises and poor regions, which would be served by Regional Investment Banks. But perhaps more importantly a NIB would be a key instrument for helping implement an industrial policy and contributing sufficient financial resources for it.

A NIB would increase lending and investing in sectors key for the UK’s transformation to an ecologically-sustainable economy while giving a lift to productivity, and contributing to the growth of wages.

The need for an NIB function has cross-party recognition, but to varying degrees of commitment. Where Labour has proposed a £25 billion injection into a NIB, the Liberal Democrats, have pledged £5 billion for a new investment bank. While the Conservatives have a manifesto promise to grow the British Business Bank, they have not clarified by how much. And it has, so far, remained too small to have a meaningful impact. Furthermore, the UK Green Investment Bank, established in 2012, was swiftly privatised by the Conservative government and sold to the Australian bank and asset manager, Macquarie Group.

National development banks like the proposed UK NIB have been an important feature of financial sectors of most developed and emerging economies, especially the most successful and dynamic ones, like Germany, Japan, China, India and South Korea. The UK is an exception in not having such a public development bank, despite its evident need.

“The need for an NIB function has cross-party recognition but to varying degrees of commitment.”

Private and public investment have been historically low in the UK economy, and fallen sharply since the 2007/8 financial crises. The UK remains in last place among Organisation for Economic Co-operation and Development countries, with the lowest share of investment in gross domestic product. The UK private financial system has been pro-cyclical – over-lending in boom times but rationing credit during and after crises. It has not sufficiently funded long-term investment in innovation which businesses need to create high-productivity jobs. Key sectors, like infrastructure have been neglected. Small and medium enterprises have difficulty in accessing credit, which is costly and short-term.

Industrial policies can effect the growth of priority sectors, including renewable energy, to structurally transform the economy into one that is greener, more innovative, and more dynamic. A large NIB would be a valuable instrument to implement an industrial policy.

One particularly important aspect of NIBs that remains under-examined is the type of risks they should take on when collaborating with private financial intermediaries and investors in the implementation of industrial policy.

It is important to distinguish between economic risks and financial risks. Economic risks arise from natural uncertainty relating to investments in certain types of projects or sectors. Financial risks are related to financial products or intermediaries themselves, often partly hidden by opaque and complex structures.

“Key sectors, like infrastructure have been neglected. Small and medium enterprises have difficulty in accessing credit, which is costly and short-term.”

Because they benefit from government ownership, and face fewer short-term pressures for profit making, NIBs are ideally placed to take on projects that are socially or environmentally valuable but have too much economic risk to be attractive, to the private sector on its own. Involving private financial intermediaries and investors, and even using instruments such as guarantees, as well as the more traditional “plain vanilla loans” co-financed with private banks can be desirable. They enable NIBs to leverage scarce budgetary resources, invested in their capital, to take more economic risk and mobilise greater investment than could have been achieved through direct loans or through government spending.

However, this also generates potential risks, via contingent liabilities, that need to be properly accounted and provisioned for. If this is not done then it could lead to NIBs taking excessive financial risk through offering private financial intermediaries and investors terms that are too generous in a bid to attract their participation. That could create a danger of subsidising profits while socialising their losses.

Private financial institutions were traditionally involved through on-lending, where a loan is given by the NIB to the intermediary. Increasingly, NIBs instead de-risk the financial intermediary’s loan portfolio, with the expectation they increase lending to specific sectors. This can be done through a guarantee arrangement under which the NIB reimburses the financial institution for up to a certain percentage of the principal losses incurred on a portfolio of loans.

There is a trade-off between achieving specific industrial policy objectives, and achieving the highest possible loan volume through involving private intermediaries. This is because involving intermediaries makes the activity much more indirect, and enforcing conditions originating in industrial policy more difficult. Excessively subsidising or guaranteeing risks of private financial intermediaries without imposing conditions is undesirable, as it may not sufficiently increase investment in priority sectors and can have negative long-term budgetary implications.

Here a UK NIB could draw valuable lessons from both the successes and shortcomings of the European Investment Bank (EIB). After the global financial crisis, European Union member states increased the role of NIBs – more commonly called national development banks outside the UK – and especially that of the EIB. The EIB saw its paid-in capital doubled in 2012, and its role further increased by the Juncker Plan European Fund for Strategic Investments (2015-2020) and InvestEU (2021-27). Both of these programmes leverage scarce budgetary resources to increase lending to economically- or socially-valuable projects that are too risky to receive private finance.

EFSI has significant achievements, including enabling the EIB to provide and catalyse significant, long-term finance in the post-crisis period. It has increased lending to environmentally- and socially-valuable but risky investments that the private sector was unable or unwilling to make, to fund priority sectors. For instance, the EIB provided €225m in financing for the Galloper Offshore Wind Farm Project located off the coast of Southern England. The rapid pace of technological change in offshore wind has exposed lenders to technologies with limited track records. The large size of upfront investment required for offshore wind projects, usually surpasses commercial banks’ concentration limits. For this, a funding gap emerged in the offshore wind industry that only the EIB could help fill.

However, member states’ budgetary constraints created incentives for the EIB, at times, to focus excessively on increasing leverage through private financial intermediaries, at the expense of control over final projects. This may have, in some cases, generated excessive financial risk, without sufficiently increasing economic risk. Furthermore, the EIB’s risk assessment methodologies are excessively focused on the risks posed by financial intermediaries or products themselves.

For this reason, the UK NIB should focus more on economic risk, and less on financial risk, by assessing projects mainly with regards to final beneficiaries, and real economy outcomes such as clean energy generation and job creation, rather than by focusing on the riskiness of financial intermediaries or products. This is especially important as the NIB’s objectives would include financing the Green New Deal, and rebalancing the UK economy away from finance. As these mandates are oriented towards structural transformation, control over the instruments used becomes more important.

The financial sector must serve the real economy. A new UK NIB will help achieve this objective.

Stephany is an economist researching and providing policy advice on reforming the international and national financial architecture. She has published widely, having written or edited twenty five books and numerous …

Natalya is an assistant professor of International Political Economy at the London School of Economics. Her research focuses on the role of the state and the financial sector in economic development, … 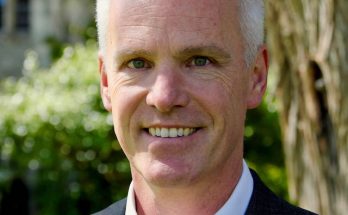 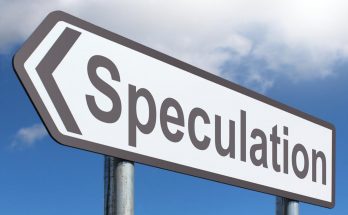 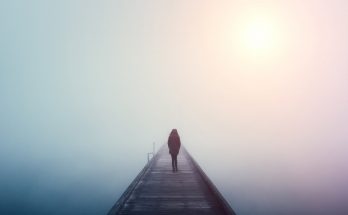 What will time tell?