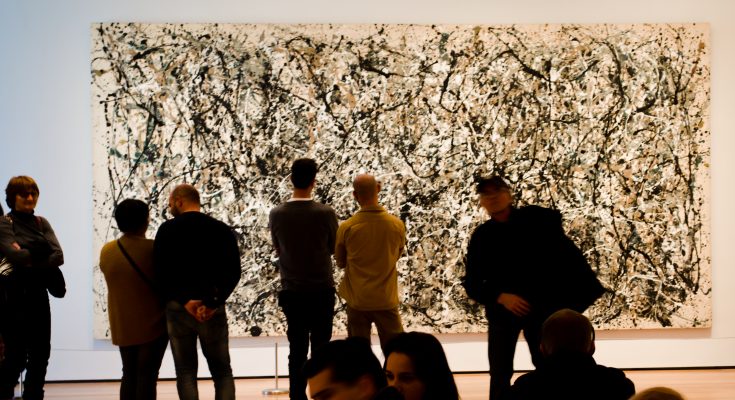 Alan Freeman interprets the art of deft manipulation of fact used in painting an unrealistically assuring, yet remarkably convincing picture of international inequality.

In his 1997 book, The Demon-Haunted World: Science as a Candle in the Dark, astronomer and science populariser, Carl Sagan, drew up a few pieces of advice on spotting dishonest discourse. The advice (see box, A baloney detection kit) applies perfectly to economists, who have made harmful mistakes by ignoring his simple guidelines.

A Baloney Detection Kit
Wherever possible there must be independent confirmation of the “facts.” Encourage substantive debate on the evidence by knowledgeable proponents of all points of view. Arguments from authority carry little weight. Spin more than one hypothesis. If there’s something to be explained, think of all the different ways in which it could be explained. Then think of tests by which you might systematically disprove each of the alternatives. Try not to get overly attached to a hypothesis just because it’s yours. Compare it fairly with the alternatives.

Evidence of this ignorance has a habit of popping up at inconvenient moments, such as the 2008 crash – lending weight to students’ heartfelt pleas for “real world economics”. It also pops up, however, in the global South, where 80% of the world’s population live. Many authors – Amin, Chang, DeMartino, Hickel, or Wade to name a few – point out that structural adjustment policies imposed by the World Bank and the International Monetary Fund (IMF) have made many of these people significantly poorer. Nevertheless, the IMF and the World Bank persist in claiming that poverty is in retreat, usually thanks to their policies.

“The IMF and the World Bank persist in claiming that poverty is in retreat, usually thanks to their policies.”

The reasons lie in a general failing in contemporary studies of the subject. The mainstream, and the more critical projects such as Piketty’s studies of Inequality and Milanovic’s work on global household poverty, have both abandoned the study of inequality between nations at the expense of a univocal focus on inequality within them.

Yet the former is clearly the main cause of the latter. Low wages in the South drag them down in the North, fuelling racist and repressive narratives. Meanwhile Southern elites strive to emulate Northern lifestyles, reducing their already narrow social base and driving them to ever more brutal levels of repression, as events in Chile and Bolivia show.

This draws to attention an under-explored problem: the interpretation of data. The United Nations’ Millennium Development Goals (MDG) team, the World Bank, and the IMF systematically present their own data in ways that make them look good – disguising an unpleasant reality in a blizzard of announcements which anthropologist, Jason Hickel, terms “statistical theatre,” (see box 2).

A Trick of the Tale
If you want to prove that the IMF and World Bank are bringing poverty under control, it’s quite easy as Hickel (2017, 33-63) excruciatingly clearly demonstrates. First, set a ridiculously low poverty threshold like the initial MDG goal of $1.02 a day. Then use Purchasing Power Parity dollars to make this level plausible, presenting a miserable dollar a day as a poverty-resolving achievement. If the figures still look bad, move the goalposts by quietly changing the poverty level, and targeting proportions of population, instead of absolute numbers, so that a growing number of poor people can be labelled poverty reduction. When this still causes difficulties, cherry-pick start and end dates. Finally, with superb irony, include in the averages countries like China and Vietnam that have studiously ignored IMF and World Bank policy prescriptions, to support these policies with the very evidence that most clearly contradicts them.

This raises the central issue of data pluralism – the variation in the way data are interpreted according to the interpreter’s views and mores. Economists are accustomed to treating economic facts as if they grow on trees, which have only to be plucked and thrown into the canning factory we call econometrics to yield concentrated information. But the information we get from our data depends on how we classify and interpret them.

The data project of the Geopolitical Economy Research Group (GERG), at the University of Manitoba in Canada aims to help any spreadsheet-competent citizen, to interrogate the truth of the IMF and World Bank pronouncements, applying Sagan’s anti-baloney guidelines by checking whether alternative classifications lead to different conclusions.

Figure 1 illustrates the point, portraying the indicator, “monetary inequality,” which was first coined in the mid-1950s. This compares the relative purchasing power, in current US dollars at market exchange rates, of the output of any two countries or regions. It is constructed in the following way: take the Gross Domestic Product (GDP) of the first region or country and divide by its population, to give GDP per capita or average GDP. Construct the average GDP of the second country or region in the same way. Then, divide the average GDP of the first country or region by that of the second.

The regions studied in figure 1 are quite classical. The global North is a very stable group of countries variously described as advanced, first world, industrialised, developed, civilised or imperialist. These have hardly changed since 1907. Additions since 1945 are Cyprus, Ireland, Iceland, Israel, Malta, Singapore, Taiwan and South Korea whose combined population adds, at most, 10% to the core group.

The global South consists of everyone else, except China, the former USSR and Eastern bloc (once termed the “second world”) and former Yugoslavia. China is excepted because it is an exception: no country, except perhaps Vietnam, compares with the speed and duration of its growth. The transitional economies are excepted because data from before transition are either contested or unavailable (when included from 1990 onwards, they only make things worse).

Yet none of the main providers – not even the UN – report these facts. They ignore them by classifying their data so that the North and South simply do not emerge as recognisable entities. North-South differences, the most critical determinant of world poverty and inequality, are simply not reported, or even reportable, using the classifications provided.

Even in the critical literature, these huge differences are displaced by detailed masses of facts confined to differences within the nations that comprise these blocs. This is not without value, but omits – and in Milanovic’s case, rejects – any study of the North-South differences that explain the cause of these facts.

Depending on these classifications and measures, we can reach a variety of conclusions. But we will find that it is virtually impossible to obliterate the effects of North-South inequality although the World Bank is to be congratulated on its ingenuity in this respect. The key point is Carl Sagan’s. We can obliterate the difference only by ignoring it. If we only consider those readings of the facts that confirm the World Bank /IMF viewpoint, and reject all classifications that conflict with their prejudices, we cannot but confirm those prejudices – and we cannot hope to come up with a scientific account of the real world we live in.

Alan Freeman is co-director, with Radhika Desai, of the Geopolitical Economy Research Group (GERG) at the University of Manitoba. He was an economist at the Greater London Authority between 2000 …