Dr Mandy Stoker tells how captured carbon is neither black gold nor a guaranteed green deal.

The 5,000 trees we planted seven years ago are bursting into leaf. They have survived yet another significant flood episode (the fourth in two years) where the river bursts its banks, leaving the trees submerged in two metres of Welsh mountain rainwater.  We planted them to stabilise the land; to prevent erosion as well as to do our bit to mitigate climate change.

Over the years, I’ve been slowly making the transition towards increasing biodiversity and providing a public service through the provision of natural habitat and a carbon sink, as well as providing food. The woodland was a costly exercise, which not only required upfront capital to buy and plant the trees, but meant giving up land for grazing for 100 years. The public are keen to see the introduction of woodlands but the big question remains: who should foot the bill?

The IPPC report published in April gave stark warnings about achieving the targets set to keep the global temperature increase below 2oC. While the UK is making improvements, there is still no evidence of us implementing policies that go far enough. Put simply, carbon stocks held within the land, soil and biosphere are still being emitted to the atmosphere at a greater rate than that being sequestered back into the earth. This is despite the wealth of regulations that aim to reduce use of energy generated by fossil fuels that have come into existence over the past decade.

The solution is not a matter of paying for carbon to be captured and expecting to carry on with business as usual.

Granted, some large consumers of energy, such as foundries, are subject to carbon quotas and trade carbon credits, but the markets have been weak thus far providing little incentive to change behaviour. As well as reducing emissions, removing carbon from the air and storing it provides further mitigation.  However, the IPPC report was a shot across the bows stating: “Agriculture, forestry and other land use cannot compensate for mitigation shortfalls in other sectors”. In other words, the solution is not a matter of paying for carbon to be captured and expecting to carry on with business as usual.

I registered our woodland under the UK Woodland Carbon Credit scheme. This scheme is managed by the Forestry Commission which allows me to sell the carbon captured by the trees to whoever wants to buy it. Once placed on the trading platform, it didn’t take long before calls came from well-known businesses and several carbon brokers. While this may appear to be yet another cost to be borne by business, I would argue that they are not yet paying enough (see box, Discredited).

Last year it was reported that Microsoft paid over $500,000 to secure carbon credits to a cattle rancher in Australia.

Similar carbon sequestration or “nature-based” schemes are offering to store carbon. Carbon credits, specifically for soil carbon, are already being sold in the US, Australia and more recently in Europe. Last year it was reported that Microsoft paid over $500,000 to secure carbon credits to a cattle rancher in Australia. There is a growing number of voluntary schemes operating across the World including Indigo Ag (US), Soil Heroes (Netherlands, Germany, Austria, Belgium and the UK), Agreena Farming (UK), and Soil Capital (Belgium, France and UK).

The US Environmental Defence Fund and the Woodwell Climate Research Centre reviewed 12 published protocols for agricultural soil carbon credits— eight from the US, two from Australia, one from Canada and one from the global (UN) Food and Agriculture Organisation. The protocols varied. Carbon was calculated through modelling, measuring or a combination of both. The depth of soil included ranged from 23cm (plough depth) to 1m. The review concluded that the lack of standardisation made it difficult to calculate the benefits of mitigation and compare the equality of the carbon credits.

So what if we signed up for soil carbon credits from our farm? Currently, schemes only allow arable farms to join. As part of a contract, many schemes stipulate that regenerative farming techniques need to be employed. This includes practices such as sowing cover crops, minimal tillage, and use of manures to enrich the soil. There is also mention of “measuring the soil carbon” but how they go about this is unclear.

For the past three years I have been carrying out research on cover crops with a view to increasing soil carbon. After one year the soil organic carbon decreased, in the second year it increased but not above the original baseline.  It’s not clear why we got these results but I’d hazard a guess it was the various extreme weather conditions – a very hot spell followed by endless rain and floods that left pools of water lying on the soil.

The flow of carbon through soil can be affected by the climate, geology, and soil type (which we cannot influence); farming practices and soil biology, (which we can influence). Increases in soil carbon take time to emerge. It is easier to see improvement in an impoverished soil, versus one that is in good health. So it seems that farmers who have looked after their soil will be rewarded less than those who have neglected it.

It is easier to see improvement in an impoverished soil, versus one that is in good health. So it seems that farmers who have looked after their soil will be rewarded less than those who have neglected it.

However, we must not lose sight of the end point which is to combat climate change by creating a carbon sink and producing healthier soils that can support food production. I trust that the economic system will provide a fair price for carrying out this public service, as well as for the production of food and fuel.

Ironically, the recent dramatic price increases for fuel, fertiliser and animal feed have resulted in a reduction of food production creating several cases of culling livestock and leaving crops to rot in the field. The consequences of those actions lead to reduced emissions and improved soil organic matter. My solution is to be less greedy, put back what is removed from the soil and work with nature rather than against her.

Mandy is a Director and founder of E4 environment Ltd established in 2000. The company advises business on sustainability, environmental compliance, and renewable energy.  As the wife of a farmer, … 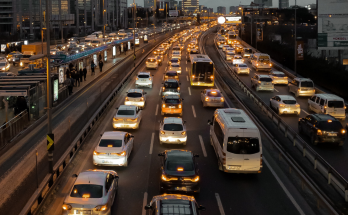