Yashaswi Shetty and Hamza Ahmad, describe how women in India’s agricultural sector are pushing back barriers to their recognition and security.

Surinder Kaur is a member of the Kisan Sabha farmers union which has added its voice to those of hundreds of thousands of Indian farmers protesting against recent “anti-farmer” acts of parliament. The legislation has been seen by farmers as leaving them at the mercy of corporates. Kaur voices the concern of the many farmers who gathered at the Tikri Border in Delhi: “We barely have any land. If that too is gifted to [billionaires], then what will we eat?” But as a woman, she has other, longer-standing issues to air.

Women have been at the forefront of the ongoing farmer protests in India, challenging the general perception of agriculture being a male-dominated industry. Women are not only opposing the new laws but also claiming their identities as farmers. “We toil in the fields alongside the men. Who are we if not farmers?” said 74-year-old farmer from western Uttar Pradesh Jasbir Kaur.

Women now form the backbone of Indian agriculture – 75% of the full-time, female rural workforce is engaged in the agricultural sector, against 59% for men. This is largely because decades of problems in agriculture have driven many of the sector’s men to move to other industries to seek employment, often migrating to cities, leaving farmwork to women.

The increasing absorption of women into agriculture has led to a phenomenon often referred to as the feminisation of agrarian distress. However, they have been poorly represented in policy which has hindered their socio-economic development leaving them more vulnerable to the uncertain nature of the occupation.

Following a series of free-market reforms introduced by the government, the new farm laws aim to ease the entry of private players into the agricultural market while weakening the hold of the traditional market system organised by the Agricultural Produce Market Committee (APMC). The government says that this will give farmers more access to markets and boost production through private investment.

While more than three-quarters of rural women are involved in agricultural work, only 12.8% of the total land holdings are owned by women.

The APMC system ensures that farmers get at least the minimum support price. This is a price set by the government to ensure that farmers make at least a minimum profit for a harvest, if the open market has a lower-than-cost price, and are not exploited by the buyers. Albeit an imperfect system, farmers fear that simply doing away with it would leave them at the mercy of their buyers that mainly consist of corporations.

A major issue that affects women’s progress in agriculture is that of land ownership. While more than three-quarters of rural women are involved in agricultural work, only 12.8% of the total land holdings are owned by women. “In our culture, women do not have the right to land,” said Maharashtra farmer, Jijabai Gawli – who is cultivating her husband’s land – in an interview with Indian media.

“Please go and ask the (government) why when it distributes land we don’t get a title? Are we not peasants? If my husband throws me out, what is my security?’’

The first land reform came in 1956 with the introduction of the Hindu Succession Act. Although it gave equal rights to women in acquired property, inherited agricultural land was exempted from this and states were given power to make decisions for the same. In the 1950s, agricultural reforms took place but women were neglected, since they didn’t have proper representation in the agricultural sector and which they still don’t have. Under the sixth five-year plan (1980-85), the government started to give joint titles to farm lands, but as is the case with all policies in India, it was poorly implemented on the ground level.

The ninth five-year plan (1998-2002) gave emphasis on reviving the title law and it also sought to give single titles to increase ownership of women. Further, the Hindu Succession (Amendment) Act of 2005 was passed which gave married and unmarried girls equal rights to their ancestral lands.

Thus, while there have been measures taken to redistribute land to women, they have been grossly inadequate(since they don’t take into account factors like land inequality and landlessness). These policies lacked effective implementation, especially in terms of communication. Most women who would have benefitted from such reforms were not even aware of their newly instated rights.

According to a report published by the UN, there is a positive correlation between ensuring women’s rights to land and other productive resources and improved household welfare,  improved levels of public participation by women, as well as an increase in their social and political status. “Land acts as a bargaining tool for women, with no land to their name, women are completely at the mercy of their husbands or their family,” said women’s rights activist based in Maharashtra, Anita Pagare.

This vulnerability is demonstrated in the case of Pushpa Kadale, a 32-year-old farmer living in Nashik. When she was 20, and nine months pregnant, her husband asked her and her two-and-a-half-year-old daughter to leave the house at 4 am. “If I had owned at least a part of the land, he would have thought really hard before abandoning me and my children. Also, it would have secured my children’s future,” she said.

Since he owns the land, she doesn’t reap the benefits of her work and is subjected to her husband’s whims.

Poor land reform stems from, and perpetuates, women’s unpaid work. In a given crop season, women farmers put in 3,300 hours according to findings from a 2015 Oxfam study. This is almost double the amount of time their male counterparts contribute, the study found. Women’s work, however, remains largely unrecognised and undervalued.

Kadale said she did most of the farmwork – sowing, weeding and harvesting – with little contribution from her husband. But since he owns the land, she doesn’t reap the benefits of her work and is subjected to her husband’s whims. She still works as a farmer, repeating the same endless cycle of sowing, weeding and harvesting, except she does it on the two acres of land her father owns. Not much has changed, with no access to land ownership she continues to live with no economic and social security.

The lack of land ownership prevents the recognition of women as farmers. And it poses several barriers to women when they try to claim any benefits provided by government schemes or seek institutional credit – formal sources of credit such as co-operatives, commercial banks and financial institutions.

Savita Gaikwad, is also a farmer from Nashik. Her husband committed suicide in 2016 so she continues to work on the same land which is now owned by her father-in-law. Her income depends on the land’s agricultural yield which is unsteady and any money received under the Prime Minister’s Crop Insurance Scheme goes to her father-in-law because he owns the land. Unable to sustain herself solely on the income derived from her farm, she has to do additional work as an agricultural labourer for a daily wage of Rs150 (about. US$7). A study conducted in the state of Uttar Pradesh found that only 4% of women farmers have access to institutional credit. Without it, the only funding options available to women are self-help groups, where funding is often limited, or exploitative moneylenders who charge high-interest rates.

Owing to the patriarchal nature of our society, the word “farmer” has always been associated with a man, despite the predominance of women in agriculture. But the active involvement of women in the ongoing protests has thrown light on women’s contribution as farmers, as well as their deplorable condition that has long been suppressed. Many women, participating in the protests, have expressed interest in organising themselves into units. Thus, membership of existing women’s farmers’ unions, as well as the number of women’s units within farmers’ unions, has soared since the protests started.

Since July 2021, farmers have been conducting their own parliamentary sessions called the “Kisan Sansad” (farmer’s parliament), parallel to the ongoing Monsoon Session of the Indian Parliament. Women have been participating in the proceedings of the Kisan Sansad, with many sessions being conducted entirely by women. They unanimously passed a resolution granting 33% reservation for women in the Parliament and Legislative Assemblies. “There should be well-thought-out measures adopted to increase the role and space for women in the Kisan Andolan [farmers’ protest],” the resolution said. It is evident that the fight for the women farmers protesting is a far bigger one than just the repeal of the farm laws. It is a fight for their rights and their identity.

Existing policies that were supposed to alleviate the state of women have been largely inadequate and the new farm laws, which attempt to “liberalise” agricultural markets, will only burden women more. Women are the main stakeholders when it comes to agricultural reforms, so it is vital to acknowledge the gender-specific barriers they face. However, instead of understanding the complexities of our agrarian issues, the farm laws reduce them to simply being a problem of “too much regulation.” The laws are, thus, representative of a larger problem prevalent in policymaking and the discipline of economics. The economic system is often viewed as self-contained when in reality it functions in conjunction with social, political and cultural systems and is deeply influenced by them.

Yashaswi Shetty and Hamza Ahmad are part of the Indian Network of the global Rethinking Economics movement. We operate as a nationwide ecosystem of stakeholders in the space of pluralist and heterodox economics. We are looking to interface with individuals, academia, civil society, and other organisations to encourage teaching, learning, and discussion for scaling collaborative efforts towards a better, more inclusive economics for India and contributing to the global movement at large. We are currently present in 30+ countries. We have organised a diverse set of events within the realm of pluralist and new and alternate economic thinking, and regularly publish articles on our blog, in partnership with other organisations as well. We welcome you to refer to our website for more information.

Yashaswi has a B.A. in Economics from the University of Mumbai and is on her way to pursue a master’s in Development Studies. Her areas of interest include – political …

Hamza is a student of Jamia Millia Islamia, a member of Rethinking Economics India Network, pursuing  B.A. (Hons.) in Economics. He is interested in International Politics, Heterodox Economics and Policy … 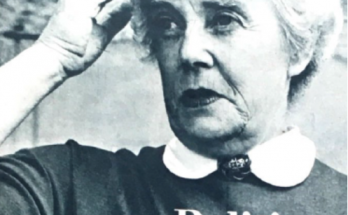 A Name With No Name 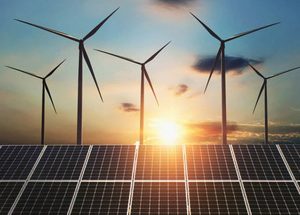