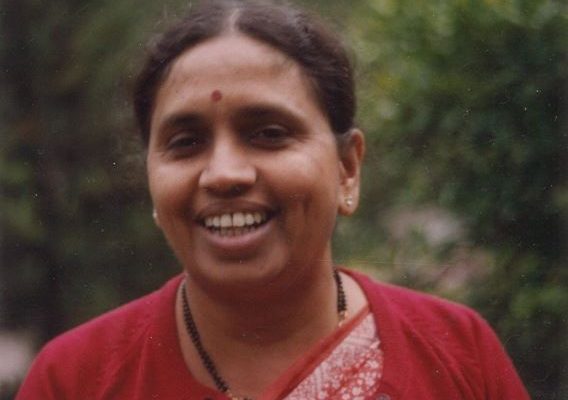 Krishna Bharadwaj was born in 1935 in Karwar, a small town on the west coast of southern India. In her youth, Bharadwaj was influenced by the nationalist freedom struggle. “The movement,” she writes, “had a profound impact during my youth in instilling an urge for social and economic action towards independent self-reliant development.” She moved to Mumbai for college in 1951, the same year when India launched its First Five-Year Plan. So, her college education saw heavy debates on the questions of economic planning and economic development.

Bharadwaj’s dissatisfaction with marginalist (neoclassical) economics began while she was a doctoral student.

Bharadwaj did her PhD at the University of Bombay, an intellectually vibrant place for studying economics. In 1960, she submitted her thesis: Techniques of Transportation Planning, with Special Reference to Railways, a contribution to the literature on economic planning and economic development. Coincidentally, 1960 is also the year in which the Italo-Cambridge economist, Piero Sraffa, published his revolutionary book, Production of Commodities by Means of Commodities, which Bharadwaj would later review in the Indian journal, Economic Weekly. That book review sparked the long intellectual association between Bharadwaj and Sraffa, which ended with Sraffa’s death in 1983.

Bharadwaj’s dissatisfaction with marginalist (neoclassical) economics began while she was a doctoral student. Particularly, she found its emphasis on allocation and methodological individualism conceptually limiting. In the marginalist paradigm, underdevelopment was primarily a consequence of irrational preferences, scarce endowments, limited substitutability between labour and capital, and market imperfections. In contrast to the asocial marginalist economics, in her PhD thesis, Bharadwaj utilised the idea of economy-wide structural interdependence, visible in the input-output tables of the economist Wassily Leontief.

During one of her foreign stays, she encountered Joan Robinson in MIT, who was there in 1961 to launch her famous attack on the marginalist aggregate production function. Paul Samuelson served as the chief defender of marginalist capital theory. This debate, also called the Cambridge Capital Controversy, provided Bharadwaj with additional intellectual artillery.

After Bharadwaj’s scintillating review of Sraffa’s 1960 book, with the strong support of Sraffa and Robinson, she got a fellowship to Clare Hall, University of Cambridge in 1967. This allowed her to engage in intense discussions with not only Sraffa and Robinson, but also Maurice Dobb, Pierangelo Garegnani, Nicholas Kaldor and Luigi Pasinetti. Notably, although Bharadwaj’s fellowship grant was approved in 1965, it had to be postponed because the funders did not allow her to take her daughter along.

She demonstrated the analytical prowess of classical political economy over that of marginalist economics.

Her work too straddled the sub-fields of capital theory, history of economic thought, and microeconomic theory – where she demonstrated the analytical prowess of classical political economy over that of marginalist economics. Many of her constructive and critical ideas are summarised in her slim book, Classical Political Economy and the Rise to the Dominance of Supply and Demand Theories (1978).

Bharadwaj employed the classical political economy framework to understand the Indian economy – notably its agrarian character. At the Department of Applied Economics, Cambridge, she carried out her first study, Production Conditions in Indian Agriculture during 1968-9 which was published in 1974. Bharadwaj later recalled that it was in this work of hers that “the idea of interlinked markets and their consequences for the exploitative processes was offered for the first time.”

In Bharadwaj’s work on agriculture, she underscored the uneven access of peasants to land and therefore to agricultural production. While the market for output was relatively more commercial or formal, the same could not be said for the markets for labour, land and credit. These latter markets were intrinsically discriminatory. Put together, her work highlighted the exploitative conditions faced by the peasants in agricultural production and exchange.

Bharadwaj continued to work on the empirics and theory of economic development and published several papers on this theme until her untimely death in 1992. From her extensive studies, she rejected “the simple scenario of dualism (reflected in an agriculture–industry dichotomy)” as well as “the dynamic advance of capitalist accumulation drawn in the image of Britain as the home of capitalism,” as explanations for the processes at work in the Indian economy.

Bharadwaj joined Jawaharlal Nehru University in 1971, the same year the Centre for Economic Studies and Planning (CESP) was established under her leadership. In 1973, she, along with Amit Bhaduri, Anjan Mukherji, Prabhat Patnaik, Utsa Patnaik and Sunanda Sen, launched a postgraduate programme in economics at CESP.

The CESP MA Economics curriculum was spectacularly pluralist. It introduced students to not only the classical, Keynesian and Walrasian paradigms but also the historical, theoretical and statistical modes of economic analysis.

The MA Economics programme at the University of Hyderabad, which began in 1979, drew inspiration from CESP’s vision, and so the students are introduced to classical and Marxian political economy alongside marginalist microeconomics and macroeconomics.

At a time when monism dominates economics curricula and academia rewards only research using mainstream theoretical and empirical approaches, the contributions of Krishna Bharadwaj offer us an inspiring ideal.

Alex teaches economics at Azim Premji University, Bengaluru, India. He studied economics at the universities of Madras, Hyderabad and Sydney. His research has been published in several journals, including the …