Leaders of the European Union’s 27 member states are meeting for the second day of a summit on Friday to address the bloc’s inflation-hit economy.

The first day of the summit ended on a high note. The leaders agreed in Brussels on granting Ukraine and Moldova official status as candidates for EU membership — a move hailed by European Commission President Ursula von der Leyen as “historic.”

But the display of support for Kyiv comes amid wider economic consequences of Russia’s war on Ukraine.

A spike in inflation and lagging economic growth across the world has been blamed on Russia’s invasion of Ukraine. The West also accuses Moscow of “weaponizing” grain supplies and natural gas deliveries. 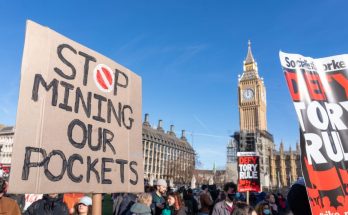