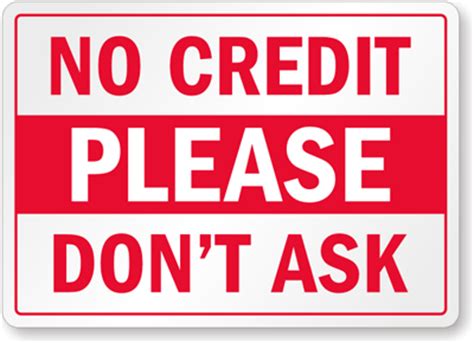 Who gets to borrow at a fair rate is a pernicious inequality.

The UK poor need access to mainstream financial services. Cooperatives are a good thing but if that is the only aspiration then it’s effectively segregation between poor and middle classes.

Wonga claimed to be cutting-edge, fintech innovation providing a valued service to subprime borrowers. In truth it ruthlessly exploited data and payment systems alongside highly-effective impulse marketing and ineffective regulation, to create a money-making machine that maximised profits through immiserating customers.

The blame and moralising around credit merely obscures the many cumulative micro violences that underlie credit for the poor in terms of access, assessment, cost and punishment. Virtue signalling by concerned but detached folk accrues very little benefit to the actual poor. Perversely it helps keep them financially ghettoised, segregated from “respectable” middle class borrowers.1

In many ways the political dichotomy of subprime credit is a mirror to our general politics increasingly played out as a media morality tale: good versus evil; deserving versus undeserving; exploited versus elite exploiter.

Legislators, regulators, wannabe do-gooders and grandstanding politicians are more at fault than the exploitative financial companies. The scumbag companies know the harm they profit from, but the onlooking, clever vociferous radicals and guardians never understand how they help keep the poor in their financial ghetto.

Poor people have long been denied access to the balance sheet that the affluent have access to. The segregation line is blurry but it is real. Sit above it and there is cheap abundant credit often more than you can really afford and definitely more than you need.

Sit below it and you are condemned to a high-cost, short-term money rental system on egregious terms. What determines where the line lies? It’s all about data and class.

In my travels as an investor, I was astounded at how a truly poor and insecure Bolivian could pay less in credit expenses than a much richer and secure Brummie. So six years ago I created a start-up fintech business to compete against grimtech payday loan companies.

My plan was to make money by providing a better, cheaper service to the poor. It wasn’t charity – I hoped to profit outrageously if I could succeed in connecting a newly-sanitised customer base to more established banking.

“I was astounded at how a truly poor and insecure Bolivian could pay less in credit expenses than a much richer and secure Brummie.”

To escape the trap set by data and class, it is necessary to go old school and use character and trust to create an environment where stigma and responsibility to others are active. I mimicked many aspects of successful informal lending. The aim was sub 50% APR short-term credit.

But my innovative take on how to give credit ran into the byzantine rules of the FCA – rules of which its operatives not only don’t understand the workings, but also the interactions. And regulatory rules reach their self-contradictory pinnacle around vulnerability and affordability. Poor people are financially more vulnerable than the affluent, but the FCA posits that lenders can only lend to them at moments of relative financial strength. This paradoxical requirement means that regulators, companies and do-gooders waste energy sustaining and policing an impossibility.  From this well-intentioned but badly conceived regulation much credit violence against the poor will flow.

“And real innovation, not what the regulator or the incumbent players see as innovation, is the way to free the poor from the Wongas and other vulture finance providers of this world.”

The only logical starting point is to accept that poor people are in a more financially-fragile starting position than affluent types and build from there. The FCA is – along with hand-wringing do-gooders and posturing politicians – incapable of accepting this basic logic and so harm the consumers they seek to protect by creating a complex and costly alternate reality.

“Regulatory rules reach their self-contradictory pinnacle around vulnerability and affordability.”

So through my own mistakes and criss-crossing regulatory tripwires my venture fell on its face. But it was genuinely innovative. And real innovation, not what the regulator or the incumbent players see as innovation, is the way to free the poor from the Wongas and other vulture finance providers of this world.

Wonga is out of business and APRs have been reduced from over 5000% to less than 1500% due to regulator intervention. Success? No. Today’s payday loanees are less financially frail than pre FCA clampdown and they make vulture financers more cash than before.

Like the Crusades or the Inquisition, it seems much unthinking harm and destruction is permitted if you swing the sword of truth and justice. The dysfunctional microcosm of financial services for the UK poor is an effective parable for our society and political system today. The core problem in society remains in making the lives of most people decent and economically-comfortable while accepting that only a few will truly succeed.  But no longer do we incrementally and logically push forward step-by-innovative-step. Instead we holler for revolutionary change or nothing. The result is stasis in the “free world”.