An injection of cash or lockdown and fear?  Dirk Ehnts and Michael Paetz look at the options.

Last summer, we were mildly optimistic about Europe’s economic response to Covid. It seemed that the German government had let go of its austerity dogma, though not officially. There has been no austerity in 2020 and there is no talk about a return to austerity in 2021 either.

To avoid a collapse of the Euro Area (EA), Germany also argued for expansionary fiscal policy but that is now clearly not coming. While technically free to pursue an expansionary fiscal policy, the EA governments are still afraid of public deficits and debts. Their current levels of government spending are not enough to carry them through the crisis.

The measures of March 2020 – activating the general escape clause of the Stability and Growth Pact, which restricts deficits, and creating the Pandemic Emergency Purchase Programme (PEPP – see box) by the European Central Bank (ECB) – have not been enough to change this macroeconomic mindset.

The ECB's Pandemic Emergency Purchase Programme
In March 2020, the ECB created an asset purchase programme which allows it to buy financial assets up to more than a trillion euros. Most importantly, it can and does buy government bonds from Eurozone member states. Since members issue bonds (sold to banks only) to ensure that their national central banks can execute their payments, this is vital for the functioning of the fiscal domain. Banks know that they can always sell government bonds on to the ECB for a good price. This is why bond prices of countries like Greece did not collapse like in the Eurocrisis that started in 2010.

It might be tempting at this point to propose more radical reform towards a United States of Europe. Then the ECB could act like a “normal” central bank, with a Euro Treasury issuing risk-free bonds. This would result in the crowning glory of the EU: the transition from a supranational authority dependent on allocations from member states to a real government with its own source of money.

The ECB is trapped.

This would involve a huge shift of power from members to the EU, which they would be unlikely to agree to. Furthermore, merely suggesting it would be likely to further fuel the increasing nationalism seen in member countries over the past decade.

The current debates on Eurobonds and the enlargement of the European budget show where the front lines are. In Northern European countries, citizens fear paying the debt of the southern EA member states, while citizens in the South still suffer from austerity and feel that they are not being treated fairly.

The ECB is trapped. It cannot return to pre-PEPP times because selling the government bonds back into the market would collapse bond prices and trigger a repeat of the Eurocrisis. It would mean mass unemployment and debt-deflation and the ECB cannot allow that to happen.

It cannot openly admit that it has effectively turned into a lender of last resort or rather a buyer of last resort – a function it is not supposed to have. The ECB’s single mandate is concerned with price stability.

It cannot be seen to make PEPP a permanent feature because this would raise serious political trouble with German elections set for September 2021. The ECB is in a hole, but the only obvious exit back to a pre-PEPP world is blocked. So, how can the ECB escape?

The question “How do we pay for this?“ may have finally died.

The first responses to the coronavirus crisis suggested that the question “How do we pay for this?“ may have finally died. There is some hope that policymakers within the EA learned their lessons and will not repeat the shift to austerity made after 2008. Given the lack of private demand that can be expected for the next few years, they clearly should focus on expansionary fiscal policies while the ECB continues to ensure the solvency of national governments.

If the European Union was willing to get serious about a Green New Deal and spend say more than €1,000 billion a year, then the ECB could find its exit route. It could take on a role of enabler of the fight against climate change, possibly together with the European Investment Bank (EIB).

A real commitment to a Green New Deal would require a radical change in the German political mindset and a repudiation of the popular myths that it builds on.

Could fear of unrest due to austerity-driven unemployment drive change this time?  For instance reportsindicate that Marine Le Pen might be the next French president. If she was standing on a platform to pull France out of the Euro and EU, could the Germans fear going down in history as the political class that destroyed the Euro and the European Union, leaving behind a fragmented and further weakened Europe as China and the US fight over global 21st century dominance?

In creating the PEPP to act as a lender of last resort, the ECB,  has moved forward and can’t go back. Its macroeconomic mindset has changed, but governments and politics are yet to follow – and so are the majority of academics. The EA seems to be in no man’s land until political change is forced from the outside (by the rise of Le Pen or some other right-wing figure in, say, Spain or Italy) or from the inside by, for example,  a new German coalition government bringing new people and new ideas. In 2021, the economics is clear while the politics isn’t. This is a step forward from 2010, when the EU fell for austerity politics. History is full of unintended consequences following from crises and maybe an about turn in the EU macro-economic mindset could be one of those.

Michael is a lecturer at the Department of Economics at the University of Hamburg. He has created an explanatory blog on the basics of a monetary economy (was-ist-geld.de) and is … 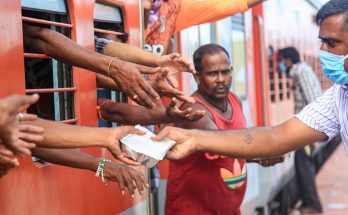 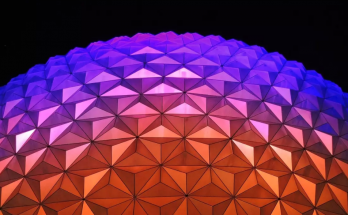 International cooperation and the era of digital currency growth 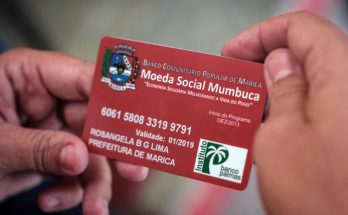