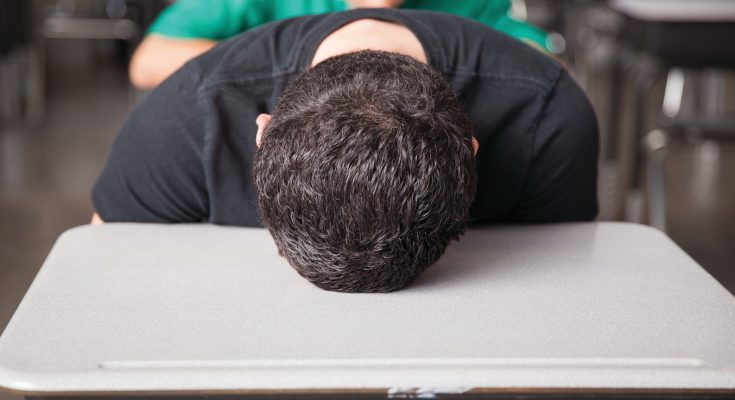 Market failure is one of my favourite concepts to teach. Nestled in the middle of a scheme of work, it’s a topic that usually ends the Christmas term to sum up neatly the microeconomics course. Or it starts the spring term to enable students to play with real-world scenarios that their supply and demand models can’t solve.​

It’s also an area that can extend or contract to be as long as necessary; it can be lengthened to allow for a deeper analysis or shortened to maintain the momentum of a wide-ranging syllabus.

This year though, I was hampered by taking too long on other topics before half term and I found myself needing to be done and dusted with the subject of merit goods in quick time. So I did.  And now I regret it.

​Healthcare is the natural choice of starter for merit goods because it’s always in the news. Also, it’s easy to see the positive spill over and it leads on to better discussions about the NHS and the US system (a perennial research homework for any economics student).  But this year, I started with education.

My method for teaching the market failure of education is to antagonise my audience.  I assume the viewpoint of a classical economist – that all individuals are entirely self-interested – and I ty to provoke my students by arguing that that people will only consume education by, for example, going to university, if they can see a tangible benefit for themselves.

​My students are normally very quick to put me straight.  “Actually I’m going to university so I can help people,” they might say, or: “I am not interested in the money.  I want to make a difference.” So I antagonise them further.

I can normally rely on the school’s data to help make my point.  Last year, the four most popular university courses for our school leavers were law, economics, engineering and medicine.  “Is it just a happy coincidence that all four courses also happen to be among the top five subjects in highest-average earnings on graduation?”[see here]I ask.

If they are still unconvinced, I put it to them:  “It is widely known that the most competitive course for UCAS entry is economics and management at Oxford. Of course this has nothing to do with the fact that it is also the most lucrative degree in terms of average starting salary for graduates.”(see here)

The point is made: people consume education for their own selfish gain, regardless of the external benefits it may have on society.  And, with this, I have conquered the hardest part of teaching merit goods.  The rest is easy: draw the standard sort of economics diagram of demand and supply; in this case the private demand line is less than the public demand line; then shade in the resulting little welfare loss triangle because supply is driven by private benefit not social benefit and hence we have under supply. Then we brainstorm some ideas on the costs and benefits of possible solutions.  Merit goods are done.  My lesson is over.

​In fact, there isn’t really any need to discuss education again for the remainder of the two-year course – only perhaps as an example of a supply-side policy that can shift long-term supply to the right.

But that neglects the fact that education, and merit goods in general, offer much more than a welfare loss triangle.  They are a great jump off point for pluralist economic discussions for one thing. So I could have asked: what would a Marxist economist think?  Perhaps then my students would have come up with the redistributive theory of merit goods; that people tolerate the inequalities of wealth generated by capitalism when there are some elements of redistribution.  The more cynical of them might have even argued that the government simply provides merit goods to pacify the workers’ revolution. That would have been an exciting context in which to consider Jeremy Corbyn’s electoral pledge to scrap tuition fees and increase income taxes.

​In truth, Marx doesn’t get much of a look in with A-Level economics these days.  In fact, only one exam board (Edexcel) refers to him at all – although, in truth, the reference is almost throwaway in nature (see box).  It merely forces students to conclude that Marx is the only economist that should be associated with command economies. There is no reason to understand why or what his arguments were.

Had I taken a behavioural economist’s tack I could have focused on the question of whether people can truly make wise choices in their own interests.  A nice activity might have been to ask students to create their own choice interventions – or “nudges” – to steer people towards decisions that better promote their interests. ​

Taking a feminist economist’s view, by contrast, might have led to a look at the impact of the recent austerity cuts on the provision of merit good with the observation that reduction in the positive spill over would be felt most acutely in the household economy. And, since much of what takes place inside the household is invisible to market-based indicators such as output level, price levels and public expenditure (things that every A-level student has to study) there is no practical means for measuring those effects. What a great introduction to the limits of current economic thinking that would have been.

Alas, I did not take any of those avenues. None of those discussions are on the “spec” and, as a time-constrained teacher, I let the opportunity for a more expansive view of economics pass this time.  My students can identify a welfare loss triangle but sadly their understanding of merit goods has been formed under a narrow classical paradigm of self-interested agents and marginal social benefits and marginal private benefits.  I accept that my end-of-term report should probably read: must do better.