Washington state rang in the New Year with the launch of its most ambitious plan to slash carbon pollution. The new “cap-and-invest” program is designed to follow in the footsteps of California, where a cap-and-trade system began in 2013, while trying to learn from its missteps.

Signed into law by Washington Governor Jay Inslee in 2021, the Climate Commitment Act works by setting a statewide “cap” on greenhouse gas emissions that steadily lowers over time. Washington, like California, is establishing a market for businesses to buy pollution “allowances” that will become increasingly expensive — an incentive to cut emissions and a way to raise money to counter climate change.

The first auction to sell off these allowances is scheduled at the end of February, and if all goes according to plan, Washington’s emissions will drop to 95 percent below 1990 levels by 2050, an even steeper cut than California’s, which aims for an 80 percent reduction by the same year. 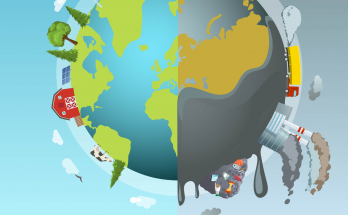