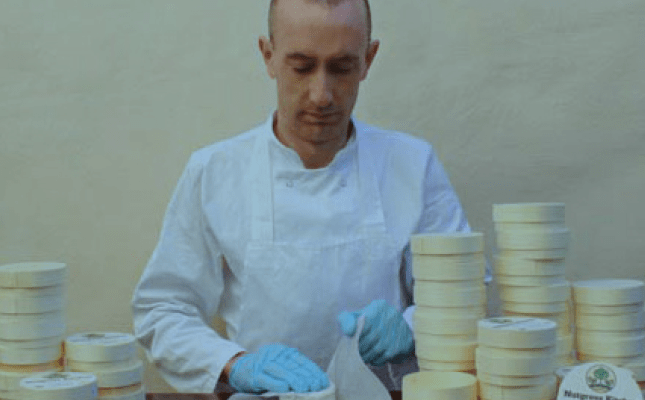 An alternative to Somerset’s finest fromage, untainted by animal products, promised to open the way for vegetarians to go the whole hog into vegan eating. Jonathan Chenoweth tells how he took up the cheesy challenge.

On first eating vegan cheese from my local health food shop I almost threw up. It was about a decade ago when I had then recently adopted a vegan diet and realised I could still eat delicious food. So I was excited to finally find some vegan cheese in my local health food shop – a cheddar cheese-alternative. But on biting into a thick, freshly cut slab with the expectation of the sweet, nutty, complex flavour of a mature cheddar, I instead encountered a taste best described as rancid. I vowed never to touch the stuff again unless someone came up with an edible vegan cheese. A few years later, I decided to have a go at doing just that.

I had discovered how much I loved experimenting in the kitchen to create new vegan foods (and how unnecessary animals were to creating delicious food). For example, vegan ice cream – which is indistinguishable from a high-quality dairy ice cream – was no problem. And I quickly discovered that many cakes tasted better without egg. Cheese though was a challenge. While I could easily create something that looked a bit like cheese, achieving the right taste and texture was difficult.

I also came to realise that the lack of good vegan cheese was a significant problem. Talking with vegetarian friends, so many would say: “I would go vegan but I just can’t give up cheese”. It was a barrier to many people adopting a plant-based diet. Cheese was the problem for many would-be vegans which I became determined to solve.

so many would say: “I would go vegan but I just can’t give up cheese”.

It was a campaign fuelled by passion for the environment and sustainability. I want to help people reduce their impact on the environment by practical action so developing tasty vegan cheese that might enable more people to adopt a sustainable diet became a personal challenge.

After a couple of years’ experimentation, I managed to create some genuinely good vegan cheeses by adapting traditional dairy cheese processes. By making my own high-protein soya or almond milks, I could fer 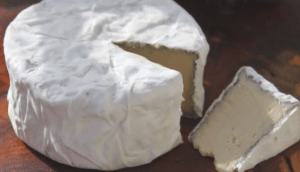 ment the milk using a traditional cheese culture so that it would form a curd and then press the curds to form blocks of cheese which could then be matured.

Around the time that I perfected my vegan cheese process, veganism seemed to shift from being seen as a fringe lifestyle choice adopted only by activists to something which was socially acceptable, even fashionable. The number of people identifying as vegan in the UK started growing rapidly.

Together with my partner we decided to try to commercialise my vegan cheeses as a practical way of helping people switch to a plant-based diet. It also seemed like a real business opportunity – a great new product in a rapidly developing food sector. As my lecturing job involved quite long hours with little time for side projects, I shifted to part-time at the university to get things moving and to give myself a break from a job I had done for more than a decade. Nutgrove Kitchen, an artisan dairy-free cheese company, was launched. We were determined that it would produce vegan cheeses that looked and tasted as good as dairy cheese.

“We, however, were unable to find a contract manufacturer who
could produce our vegan cheeses.”

Before we could actually produce or sell any vegan cheese, we needed a space where legally we could produce the cheese for sale to members of the public. For this my partner and I completely rebuilt our home kitchen so that we could register it as a commercial food production space. Production was by me, by hand with large steel pots, fermentation vessels
and homemade cheese presses. Still, we
hoped it would be enough to get the business going.

Cheese making involves a riskier production process compared to many other food types due to the potential for a pathogenic culture rather than cheese culture to develop in the milk during fermentation. So hygiene standards must be extremely high. Although, legally speaking, we were not making cheese, we were still more or less following cheese-making processes and needed to be just as careful as our dairy counterparts.

To ensure that we produced a safe product I prepared a Hazard Analysis and Critical Control Points (HACCP) document. This is essentially a risk analysis of the production process to identify and eliminate potential risks in the production, storage and distribution process. It came out at over 100 pages. We commissioned a laboratory to conduct a series of tests on our cheeses that showed that they were safe and established their shelf life.

After launching the business and selling our products at vegan festivals, we soon had our cheeses stocked in delicatessens and specialist food shops across Bristol, and later with a major online retailer serving Bristol, Bath and London.

The vegan festivals provide a great opportunity to interact directly with our customers and get feedback on everything from the style of packaging people preferred to whether people wanted us to use only organic ingredients. It was of course impossible to satisfy all of these preferences simultaneously. For example, many customers and shops wanted us to avoid plastic packaging and produce a product with a long shelf life but the vacuum seal provided by plastic packaging was what provided a long shelf life.

“To ensure that we produced a safe product I prepared a Hazard Analysis and Critical Control Points (HACCP) document. It came out at over 100 pages.”

I wanted to produce tasty vegan cheeses which would not be out of place on any dairy cheese board and each have their own unique character and name. Following feedback from the early festivals which we attended, we settled on producing three cheeses: Calvaire, a white-rind cheese which looked exactly like a Camembert but tasted more like a blue cheese; Edale, a mild flavoured white cheese reminiscent perhaps of a feta or Wensleydale; and Edale with Cranberries, which was very similar to a Wensleydale with cranberries. Our white-rind cheese was the first vegan, white-rind cheese retailed commercially in the UK.

Sales grew steadily as we took on more local retailers. We had to turn down stock requests from retailers outside Bristol as we lacked the ability to supply them since all stock deliveries were done sustainably by bike using insulated chilled backpacks. (Cycling kept me fit and gave me a break from the kitchen.) Marketing was done via the local vegan Facebook group and Instagram by showing people that vegan cheeses could look amazing, and via in-store tasting events which we ran in the shops stocking our cheeses to show that they could taste amazing also.

However, after about a year of operation my partner and I took the difficult decision to close down Nutgrove Kitchen and cease production of our vegan cheeses. We could not identify a viable path for expanding the business and making it economically sustainable. The small scale of our operations meant that it was difficult to fulfil orders reliably without having excess stock that then led to wastage.

“The extremely strict hygiene requirements for production were also proving burdensome, with hygiene procedures meaning that more of my time was being spent on cleaning and sterilising equipment than on actual production.”

The extremely strict hygiene requirements for production were also proving burdensome, with hygiene procedures meaning that more of my time was being spent on cleaning and sterilising equipment than on actual production. This was down to our small production area not providing sufficient space for zoning the various manufacturing tasks. As a result I was spending long days making small quantities of cheese. For the business to be genuinely profitable it needed to be much larger in scale.

Expansion required either finding a contract manufacturer or purchasing and fitting out our own large-scale industrial premises. We still could not find a contract manufacturer and establishing industrial premises was beyond our appetite for risk. It was frustrating to be outcompeted financially by developers when industrial units became available, even before we considered the cost of fitting them out for our exacting manufacturing requirements. Entrepreneurs need to be very well resourced if they are to succeed with an innovative product that isn’t just tweaking an existing product line.

Despite developing some great vegan cheeses, I was really disappointed that Nutgrove Kitchen did not succeed in revolutionising vegan cheese. However, in the past decade, vegan cheeses have come a long way since my first unpleasant experience of them. There are now genuinely good vegan cheeses commercially available made by small-scale artisan producers. The availability and range of decent vegan foods more generally has improved, as an increasing number of people adopt vegan diets. I am excited that the shift towards a more sustainable plant-based diet continues apace, even without Nutgrove Kitchen.

Jonathan is a senior lecturer in the Centre for Environment and Sustainability at the University of Surrey. He researches water resources management and sustainable development. He has researched in the … 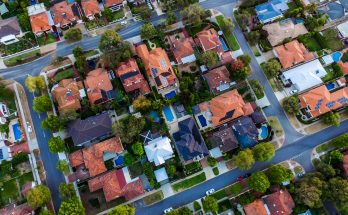 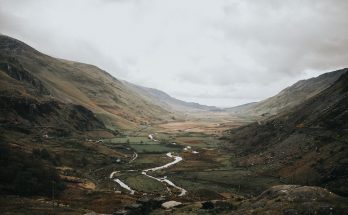 Away from the valleys of dearth 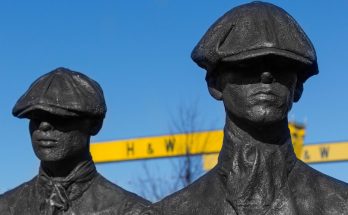