BEIRUT, LEBANON — When Iranian General Qassem Soleimani was assassinated in a US Reaper drone strike in Iraq January 3, fear spread throughout the world that Iran might retaliate by launching proxy wars throughout the Middle East.

Here in Lebanon, that dread seemed justified. After Soleimani’s death was announced, his photos replaced the advertisements on billboards where the Hezbollah-controlled city of Dahye intersects with the highway that runs to Beirut’s airport. Soleimani sympathizers posted photos of the controversial Iranian firebrand on social media and on building walls.

Clearly, many Lebanese felt deep pain over his death. But others, like some people in the northern city of Tripoli, celebrated his assassination by passing out baklava desserts.

Two days after the drone strike, Hassan Nasrallah, the leader of Hezbollah — a regional ally of Iran — gave a speech that commanded the attention of Lebanon, not least because it happened during a huge rainstorm that kept people indoors. To diners watching televisions in cafes, to taxi drivers who listened while they drove, to people sitting in family groups at home, Nasrallah vowed retaliation for Soleimani’s killing.

“The American army is the one that killed, and it will pay the price,” he warned

Nasrallah’s response further stoked worry that Lebanon, a country wracked by war and invasion, will be swept up in another wave of violence.

Now the danger of an imminent shooting war between Iran and the US seems to have abated for the moment. Marie Debs, a member of the Lebanese Communist Party’s Central Committee, which generally opposes the competing religious political systems in Lebanon, said that what is happening between Iran and the US is actually the product of an ongoing war.

She believes the greatest threat of violence in the near future may come from bombings or attempted assassinations of some political leaders engineered by Lebanon’s neighbor, Israel. 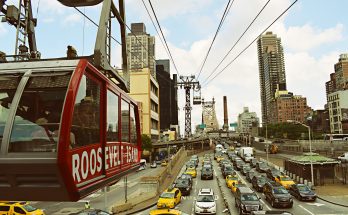