Whether you use Klarna all the time or have barely heard of it, it’s time to start paying attention: the buy-now-pay-later app has just become the biggest private fintech company in Europe. Klarna has completed a new round of fundraising, valuing it at US$46 billion (£33 billion). That’s four times what it was worth last September, and on a par with fellow Swedish tech giant Spotify.

Klarna offers interest-free credit on purchases with participating retailers, including Decathlon, Desigual, JD Sports and Oasis. It allows shoppers to delay payment, or split larger purchases into manageable sums, and does not perform traditional credit checks, opting for a more permissive “soft search”. Retailers cover the cost of the interest as if it was a sales discount.

Klarna operates in western Europe, Australia and the US, and has exploded in popularity during the pandemic. It claims to have 90 million customers, including 13 million in the UK, and has numerous rivals such as Clearpay/Afterpay, Affirm and Sezzle. Traditional retailers like M&S and John Lewis are also reported to be looking at entering the fray.

Such offerings are controversial, however. Critics allege such schemes encourage overspending and can potentially ruin customers’ credit histories if they fail to keep up on payments. Many see parallels between these schemes and notorious “pay day lenders” from years gone by such as Wonga.com.

Four in ten customers in the UK who have used these apps in the last 12 months are reportedly struggling to repay. A quarter of consumers reported that they regretted using these platforms, with many saying they cannot afford repayments or are spending more than they expected. Similarly, Comparethemarket.com reported earlier this year that one fifth of users couldn’t repay Christmas spending without taking on more debt.

In the UK, the concerns prompted a review published in February by Christopher Woolard, formerly of the Financial Conduct Authority (FCA). As a result, the FCA is now subjecting these operators to the same regulations as more traditional creditors, requiring things like affordability checks and making sure customers are treated fairly.

Elsewhere at The Mint, The Outsider talks about the inequality surrounding who gets to borrow at a fair rate – and who doesn’t. 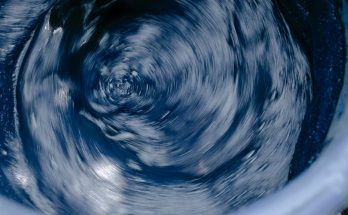