Alfred Nobel was once cast as “the merchant of death” for his invention of dynamite. Is the economics establishment’s use of his name to brand its fake Nobel Prize marring his reputation once again? Christian Felber tells a tale of revenge and infiltration.

A Nobel Prize is arguably the pinnacle of prizes. It imbues the holder with a near superhuman status in the eyes of not only the general public but also the prizewinner’s peers. Nevertheless, there are “true” Nobel prizes, and there is one that is a fake: the “Nobel Memorial Prize for the Economic Science” established by the Swedish Riksbank – often called the Nobel Prize for Economics. This “cuckoo’s egg in the Nobel nest” is a strategically-placed cornerstone of the predominance of neoclassical ideology in economic science and the global enforcement of neoliberal politics.

When Alfred Nobel established the Nobel Prize in his will in the late 19th century, he had it in mind to promote natural sciences that had the capacity to resolve the most burning problems of humankind. To the three core disciplines’ medicine, physics, and chemistry, two prizes were added: one for literature and the other for peace, which was an idea of Nobel’s personal secretary, Berta von Suttner who received the prize herself in 1905.

According to Nobel’s will, all his prizes should be awarded “to those who, during the preceding year, have conferred the greatest benefit to humankind”. Social sciences were not included in his will, and in a letter to a friend he declared: “I have no education in economics, and I hate it from my heart.”

More than fifty years after Nobel’s prizes were established, Sweden’s Riksbank lost a political battle with the Swedish government. The bank had preferred a lower rate of inflation, while the government gave priority to full employment and affordable housing for everybody in Sweden. In 1968 – the year of the Riksbank’s 300thanniversary – the bank set up the Nobel Prize for Economic Science in what appeared to be a bid for revenge against its national government.

“Establishing the prize was not easy. The Riksbank had to overcome a series of hurdles with the first being the severe objections of the physicists of the Royal Academy.”

Historians, Avner Offer and Gabriel Söderberg, recount in their book The Nobel Factor, that the Riksbank used the brand of Nobel to re-establish its authority and to promote market-radical, neoclassical economics which was characterised by progressive mathematisation. Accordingly, the first two prizes were awarded to econometricians.

Offer and Söderberg’s reasoning is reflected in the award speech of the president of the prize committee, Erik Lundberg:

“In the past 40 years, economic science has developed increasingly in the direction of a mathematical specification and statistical quantification of economic contexts … It is therefore only natural that when the Bank of Sweden’s Prize in Economic Science dedicated to the memory of Alfred Nobel is awarded for the first time, it should be to the two pioneers in this field of research.”

Establishing the prize was not easy. The Riksbank had to overcome a series of hurdles the first being the severe objections of the physicists of the Royal Academy. They asserted that the scientific standing of economics was not, as its promoters cast it, “social physics,” or a quasi-natural science, but a social science.

Finally, the physicists at the academy yielded to the pressure of the economists. The Swedish Parliament was not asked at all. The banking committee was only informed one day before the tricentennial celebration, about where the prize should be communicated.

And the Nobel family was asked only five days before the celebration. Nobel’s niece, Marta Nobel-Oleinikoff – who was in her late 80s – led the resistance and insisted that the name of the prize must be different. Ultimately there was a compromise and the prize was dubbed “The Nobel Memorial Prize in Economic Sciences”.

“Other descendants of Nobel were upset and have been fighting until today for the elimination of the name of their family from the Riksbank‘s prize.”

Other descendants of Nobel were upset and have been fighting until today for the elimination of the name of their family from the Riksbank‘s prize. Peter Nobel, the great-grandson of Nobel’s brother, Ludwig, called the prize a “PR coup by economists to improve their reputation,” and a “cuckoo’s egg in the Nobel nest”.

Together with three cousins Peter Nobel demanded the prize be renamed in the Riksbank’s name to live up to its origin.7But the Nobel Foundation as well as the Riksbank ignored them. Nevertheless, the name of the prize has been changed no fewer than eleven times since its establishment over half a century ago.

Today, it is called The Sveriges Riksbank Prize in Economic Sciences in Memory of Alfred Nobel. The Riksbank not only finances the prize with US$1 million a year, but it also pays a regular fee to the foundation of US$650,000.

At the same time, the Swedish Riksbank has done “everything to make its award look like a real Nobel prize”, according to the economic editor of the German newspaper, taz, Ulrike Herrmann: “The prize sum is the same, the awards are announced at the same time and they are handed over by the Swedish king,” says Herrmann.

This is illegitimate appropriation of reputational capital.

“The intention behind this staging is obvious: economics shall be ennobled to a strain of physics, in which the same natural laws rule. The appearance should be given that economists pronounce truths which are beyond politics and ideology.

“But the seemingly unpolitical economics prize was from the beginning a political weapon (…) as it inverted the hierarchy: politicians turned to subordinates of economists as the latter had presumably insight into objective laws.”

This is the crucial point: economics is not a natural science, but this appearance is given by the ersatz Nobel prize. The 1976 Prizewinner Milton Friedman admitted, Milton Friedman, admitted that his acceptance speech was meant “primarily to make the point that economics was or could be a positive science like physics or chemistry”.

“The Swedish Riksbank has done “everything to make its award look like a real Nobel prize.”

Despite the doubtful genesis of the prize and the illegitimate appropriation of Nobel‘s name, so far no laureate has rejected the prize. Only Gunnar Myrdal, joint winner with Friedrich August von Hayek in 1974 regretted accepting it three years later. Myrdal said that at the time he had not thought the problem through and was “merely disgusted”. Also, the message reached him “very early one morning in New York, when I was totally off my guard.”

Myrdal has argued for the elimination of the prize, one, because economics is a “soft” science different from “hard” sciences like physics and chemistry, and two, on the grounds of the award’s procedure which he described as “hedged about by draconian rules of secrecy… In economic science they are, however, indefensible”.

According to Offer and Söderberg, the prize committee was dominated for more than 20 years by market-radical and conservative economists. Up to 1990, no left-wing economist was part of the committee. And white, male neoclassical economists from the US are extremely overrepresented. And there is still more cause for criticism.

Between 1990 and 1995, five out of six prizes were awarded to the University of Chicago. Is it credible that in half a decade, only scientists from one university are prize-worthy? Or is it justifiable that only one woman – Elinor Ostrom – has received the prize? And only two non-white scientists? To date, the prize has not been awarded to an ecological, Marxist, feminist, or care economist.

“Accordingly, there was huge protest against the award of a prize for “the greatest benefit to humankind” going to Friedman. The New York Times published protest letters signed by two real Nobel laureates.”

There are many signs that a specific perception of science that supports a specific ideology is being promoted, which at the same time devalues and disregards other theoretical schools and visions of the economy. In contrast, the awarding committee had no reservations in awarding the prize to a total of eight members of the Mont-Pèlerin-Society (MPS) which has the global dissemination of market fundamentalism as its agenda.

Austrian economist Friedrich August von Hayek founded the MPS in 1947 and it is narrowly connected to the prize committee. Long-term founding president of the committee, Erik Lundberg, participated in the foundational event of the MPS while two other committee members, Bertil Ohlin and Ingemar Ståhl, were also MPS members.

Over the years, the MPS has managed to weave a network of foundations and think tanks, today connected in the Atlas Netwerk, that exercise influence on governments, journalists, and universities. Hayek had a strong influence on Margaret Thatcher and was appointed Companion of Honour by the Prime Minister. Prize winner and Hayek’s successor of the MPS presidency, Milton Friedman, was advisor to Ronald Reagan and worked for the US government. Without the prizes in the background, they would probably have lacked the necessary prestige to be heard in democracies. The beginning of their successes was in a dictatorship: in Chile under General Pinochet. Friedman was celebrated in the country like a rock star, and Hayek was an honourable guest of the bloody dictator.

Accordingly, there was huge protest against the award of a prize for “the greatest benefit to humankind” going to Friedman. The New York Timespublished protest letters signed by two real Nobel laureates.

The breakthrough of neoliberalism since the 1980s and the linkage between neoliberal politics and neoclassical (or market-radical) economic science is narrowly linked to the establishment of the Riksbank revenge prize in economic science and the personal ties of members of the award committee and the MPS.

“The fake Nobel prize in economics is a key puzzle stone in the organised legitimisation of neoclassical economics.”

The fake Nobel prize in economics is a key puzzle stone in the organised legitimisation of neoclassical economics. And the latter is the central pillar of the capitalist world system.

Much closer to the will of Nobel would be a prize in ecology. Ecology forms the background of every economy, and it is a natural science. Some of the most burning problems of mankind are ecological in nature and flawed understanding and design of the economy is at their root.

But when Jakob von Uexküll approached the Nobel Foundation and asked for the establishment of such a prize, hisrequest was declined. Von Uexküll founded a different prize to award activists for human rights and environmentalism: the Right Livelihood Award, which is also called the Alternative Nobel Prize.

This text is an excerpt of Christian Felber‘s upcoming book “This is not economy. Aufruf zur Revolution der Wirtschaftswissenschaft” (in German).

Christian is a writer, university lecturer, IASS Affiliate Scholar and contemporary dancer in Vienna. He is the initiator of the Economy for the Common Good and the Cooperative for the … 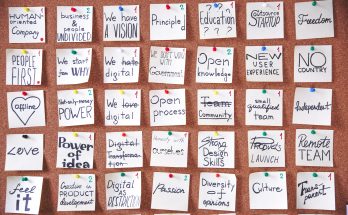 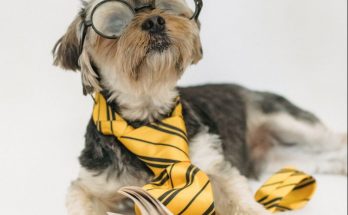 Sovereign states on a leash

The pathology of economics