Nat Dyer gives the late Professor Susan Strange credit for having the answers and argues she deserves still more.

There is something odd about one of the iconic stories we tell about the 2008 financial crisis.  It’s the tale of when, in November that year, Queen Elizabeth questioned professors at the London School of Economics (LSE) about the “awful” crisis and asked: “Why did nobody notice it?” The question has become a founding story of the new economics movement. Learned societies, economists, and regulators have all given their answers to the Queen.

What’s odd is that none of them pointed to the professor who taught global economics and politics at the LSE for almost thirty years and arguably foresaw more aspects of the financial crisis than anyone else. One of the simplest and most illuminating answers the Queen could have got is: “Susan Strange saw the financial crisis coming, Your Majesty”.

It’s time to give this female pioneer of global political economy the credit she deserves.

The importance of Professor Susan Strange (1923-1998), like the pre-crisis credit boom, has been hiding in plain sight. Despite being correct on “the greatest economic question of a generation” she is an “unperson” in the story we tell of the crisis. Virtually every list of the thinkers who got it right has ignored her. With the centenary of her birth approaching, it’s time to give this female pioneer of global political economy the credit she deserves.

For fifty years, Strange studied how global finance relates to states. Her work shows stunning prescience. Here’s a partial list of the things she called right sometimes decades ahead of the 2008 crash:

Mainstream economists and politicians denied these truths for a generation. She clearly and loudly warned of the risks they posed to the global system again and again. At the time, The Economist criticised Strange’s “misjudgements” and “misplaced zeal”. The magazine rubbished her idea that “financial innovation is, in itself, destabilising”. She deserves an apology.

Strange’s insight extended even to the aftermath of a global financial crash.

Strange’s insight extended even to the aftermath of a global financial crash. Governments would bail out the “too-big-to-fail” banks, as the US had done since the 1980s, for fear of the economic consequences, she said. Only the US Federal Reserve, not international organisations, could provide enough dollars to keep the global economy from freezing solid. And the financial rollercoaster, coupled with increasing inequality, would alienate ordinary people and fuel a resurgence of the far-right. Not a bad record for someone who, like Hyman Minsky (also hailed for his insight), died a decade before the crash. Strange has got some scattered praise but not nearly as much as she deserves.

This matters for the future, not just the history of a thirteen-year-old crisis. Derivatives markets are safer today, it is claimed. Strange would likely see that the fundamental structures that enabled the crash have changed little. This includes much of the reality-blind economics that facilitated it. Are financial markets no longer, in Strange’s terms, a “casino”, at times “insane”, and a threat to global order, justice, and prosperity? “Future historians,” Robert Skidelsky wrote last year, “might well identify finance-led globalisation as the root cause of the tribulations of the twenty-first century”. The heart of Strange’s work remains current.

She resonates today because her insights were not lucky guesses. They emerged from a rich and consistent theoretical understanding of the political economy of the planet. The idea that Strange was a journalist with no understanding of theory is a caricature. Her theory of structural power, set out in States and Markets, grounded her prescient understanding of finance. It identifies four forms of power in the global system: the security, production, finance, and knowledge structures. They allowed her to analyse Strange’s see-saw: the swinging back-and-forth of power between states and markets, which she saw as the key dynamic of the twentieth century.

Writing after the crisis, the FT’s Gillian Tett has called for a more “holistic vision of finance”. Similarly, the historian Adam Tooze wrote in Crashed of the need to escape the “island model” of global economic thinking and embrace an “interlocking”, “macrofinance” view. Strange’s holistic perspective is an important and overlooked contribution to this much-needed new vision.

She wanted to tear down the “old walls between the social sciences”.

When Strange “almost single-handedly” created the field of international political economy (IPE) in the UK she hoped it would replace international economics and international relations. That never happened. She wanted to tear down the “old walls between the social sciences” and make IPE an “open range”. A place for economists, lawyers, sociologists, historians, geographers and others to advance understanding together. But, as her friend, Robert Cox, noted, since then, IPE has been re-enclosed and Strange has often been excluded as an eccentric, historical figure. It’s time to set Strange back on the open range and see her as a “worldly philosopher”, after Robert Heilbroner’s term for the original political economists. Despite being over twenty years old, her clear writing still has many insights to offer.

For some years, the West has seemed lost in unknown territory without a reliable map. The time is ripe to find the trail blazed by Susan Strange and see where it leads. Let’s put a great female thinker back into the story of financial globalisation and its discontents. And someone please tell the Queen that at least one LSE professor did notice the financial crisis coming.

Nat Dyer is a writer and a Fellow of the Schumacher Institute. He is writing a book on ‘theory-induced blindness’ in economics going back to Ricardo and helping to organise … 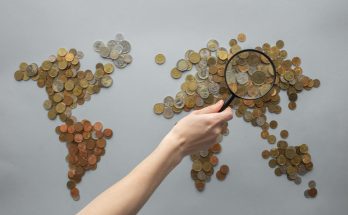 On being an inspiration