Russia’s invasion of Ukraine and resulting sanctions will likely devastate Russia’s economy. If the country had taken a more productive economic course over the past two decades, it might be looking toward a different future — one in which economic reforms had more tightly integrated Russia with the economically advanced countries, enhanced Russian influence and power, and built global trust. Instead, Russia has cast the West as its enemy, and its influence, power, trust, and reputation are shattered.

Past leaders of Russia understood the value of strengthening the Russian economy and ensuring its place in the global economic system. Beginning in the late 17th century, Peter the Great reoriented Russia to Europe. Among his many acts, he moved the capital from Moscow to his new city of St. Petersburg, closer to Europe and with an outlet to the Baltic Sea, making trade and communication with Europe easier.

In the late 19th and early 20th century, just before the end of its imperial era, Russia embarked on a wave of economic reforms. Under Count Sergei Witte, finance minister and then ultimately prime minister, Russia accelerated railway construction, embarked on an industrialization drive through state subsidies, and renewed a commercial treaty with Germany that contributed to the attraction of foreign capital. Until his assassination in 1911, Prime Minister Pyotr Stolypin furthered reforms, including increasing agrarian property rights and the rights of private business owners.

Aside from causing economic collapse and bringing the Communists to power, the 1917 Bolshevik revolution returned the capital to Moscow and turned Russia inward economically. 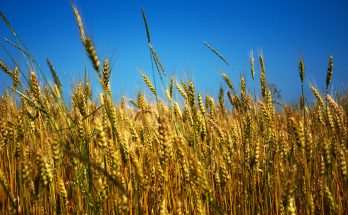