North Dakota has the only state-owned bank in the nation. Advocates say it’s a model for getting state tax money invested in communities.

All of North Dakota’s state tax and fee revenues get deposited by default into the Bank of North Dakota. Prohibited by law from competing with the private sector, it has no branches or ATMs, and other than student loans, the bank rarely originates or services loans directly to people or businesses.

If you want to open an account and deposit your own money into the bank, you have to go in person to the main office in Bismarck, and you also have to be a North Dakota resident. The Bank of North Dakota operates primarily as a bankers’ bank, partnering with local financial institutions to leverage the state’s deposits in ways designed to strengthen local banks and credit unions.

“To some degree, it’s a little bit mystifying to other bankers who are in other states,” Obenauer says. “It’s an extension of who we already are. I’m only a $150 million bank with just three locations in a rural space. The Bank of North Dakota allows us to be bigger than we are. We can sell overlines or participations or we can utilize some of their programs that we wouldn’t be in a position to offer on our own. They just allow us to do big things, even if we’re small.”

Despite its risk-taking, the Bank of North Dakota earned a net income of $159 million in 2018, and has had positive net income every year as far back as 1966. It currently has $7 billion in assets—twice the amount in 2008—and in 2018 it paid its billionth dollar back to the state. 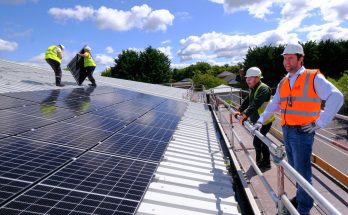