I’ve now been working for over 15 years as a Head of Services in the tech industry. Throughout my career, I’ve strived to support other professional women with the determination to see workplaces reach gender equity during my lifetime.

The pandemic has wrecked that hope in the tech sector even though it is thriving financially. The reason? Tech hasn’t seen the opportunities to challenge practices such as unpaid care work and the revered 40-hour workweek that keep women away from leadership positions. Instead, it has brushed off the problem with platitudes: flexible working… work from home… hybrid working…

This lack of questioning is the product of the pervasiveness of patriarchy, exceptionalism, and meritocracy in technology, which hinder the deep transformation required to upend the status quo. These characteristics are part of its DNA and have long stayed under the radar of most people, including myself.

When I started in software, I wasn’t particularly uncomfortable in a sector where you must work much harder to progress in your career if you are not simultaneously white, heterosexual, able, and male. I’ve been an immigrant all my life, so I was used to being “the other” and to have to prove myself over and over.

Then, in the early 2010s, Anne-Marie Slaughter wrote Why Women Still Can’t Have It All and Sheryl Sandberg published Lean In: Women, Work, and the Will to Lead. In different ways, those powerful women sent the message that women didn’t have the same opportunities as men to get to the top and that imbalance had to be fixed.

Around that time, I was promoted. I quickly noticed that often I was the only female senior manager in projects and meetings. The smart and promising women that I had met years earlier had come back from maternity leave to unappealing part-time jobs, without access to the plumb assignments that lead to career progression.

The motherhood penalty revealed to me systemic patterns where before I’d seen only coincidences.

The tipping point was when I joined a group of professional women working in various industries and at all career levels. Our honest conversations about men stealing ideas, the harmful effects of unconscious bias, or the motherhood penalty revealed to me systemic patterns where before I’d seen only coincidences. That prompted me to create the first employee-led group focused on fostering gender equity at my company. The group’s positive impact was recognised with the 2020 Women in Tech Changemakers UK award. I also spearheaded other initiatives to grow diversity and inclusion in other organisations. I also discovered that power asymmetry was not a bug but a feature embedded since the birth of tech.

In the 1930s, women were hired to solve mathematical problems that were considered at the time as repetitive work. Some of those calculations were as complex as estimating the number of rockets needed to make a plane airborne or determining how to get a human into space and back. When computers took off in the 1960s women became programmers while men focused on the hardware which was regarded as the most challenging work. As programming gained status during the 1980s, men pushed women out of those jobs. That prompted a sharp increase in the salaries of software developers and institutionalised patriarchy and the gender pay gap.

Historically, tech has approached these issues by “fixing women.” For example, women in the sector are coached to develop stereotypical male leadership traits. In the past decade, tech leaders have promoted the abdication of responsibility for solving gender inequalities and charged women with mitigating the damages. For instance, female executives are expected to act as role models on top of their full-time jobs. This can go all the way from agreeing to be the company’s speaker at STEM events to sponsoring the female employee network.

This transfer of responsibility is also alive and well in start-up tech businesses. A venture capitalist shared with me his view that the key to increasing the funding received by women’s businesses was that they were mentored by successful female founders. I replied that those top performers were often overburdened by the demands of paying back to society and that men could also mentor women. Later that day, he asked me to mentor a woman with a promising business idea that he was trying to help. He introduced us via email mentioning my interest in supporting her and inviting us to connect. His “helping” was done.

In recent years, the most popular software development approach, Agile, has become a staple of the business jargon. The origin of this methodology can be traced back to 2001 and 17 software developers unhappy about what they considered excessive planning and documentation practices. They came up with their own set of rules: The Agile Manifesto.

The rationale is that tech is special and its regulation is counterproductive and stifles innovation.

But Agile is more than a project management approach. It buttresses tech’s deep cultural belief in exceptionalism, the idea that our sector is inherently different from and even better than, all the others. This helps to explain how we allow tech companies to go fast and break things while we impose strict regulations on the food and drug industries. The rationale is that tech is special and its regulation is counterproductive and stifles innovation.

The debates about the ethical use of artificial intelligence (AI) are perfect examples of how this sector dodges the rules applied to other industries. For example, I recently met with other professionals to discuss future trends in support software. Everybody was very excited about the use of AI tools such as sentiment analysis to improve the user experience. Then, I brought up the proposal for regulating those applications released by the European Union a month earlier. The participants – who were unaware of the document – quickly asserted that the Directive had nothing to do with support. In summary, norms are for others.

This framework conveniently disguises the dearth of opportunities for under-represented groups as being the result of a lack of intelligence and skill.

And the most pernicious cultural tenet in tech is its self-proclaimed meritocracy. How do we heal a system that considers itself virtuous? The idea that tech is inherently fair is rooted in its connection to logic and mathematics which commonly translates as objectivity and reason. This framework conveniently disguises the dearth of opportunities for under-represented groups as being the result of a lack of intelligence and skill.

Can we extricate patriarchy, exceptionalism, and meritocracy from tech? Yes, we can but it’ll need an overhaul of its vision, mission, and purpose. It’ll need humility.

What does that mean in practice?

First, it means moving away from methodologies that could foster power asymmetry between creators and users. Instead, we should adopt systems- thinking and multi-stakeholder co-creation practices for the development of products, services, and workplaces.

Second, it means recognising that the financial success of our sector relies on innovations funded by governments and products purchased by customers. Hence, paying taxes that are commensurate with tech business profits is not philanthropy but a fair contribution to society.

Finally, abiding by the same rules and regulations imposed on any other sector with the potential of affecting billions of lives. Only then, will tech be able to deliver on Google’s “Don’t be evil” promise.

System map of the factors accounting for the low representation of women in leadership positions in tech companies.

Life under lockdown: Report on the impact of COVID-19 on professional women’s unpaid work 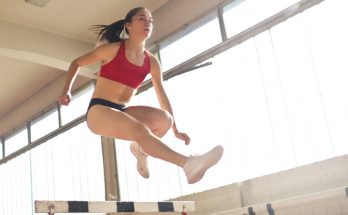 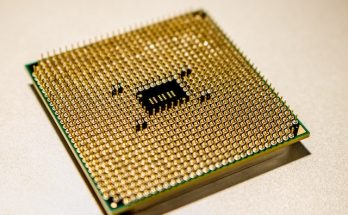