The Keystone pipeline has spilled hundreds of thousands of gallons of crude oil into North Dakota this week, The New York Times reports.

The pipeline has leaked roughly 383,000 gallons of crude oil, impacting an estimated half-acre of wetland, according to state environmental regulators.

The leak has been contained, according to Karl Rockeman, the director of the state Department of Environmental Quality’s division of water quality.

“It is one of the larger spills in the state,” he told the Times.

He added that there are no homes near the site of the spill and the wetland that was impacted is not a source of drinking water. Pipeline owner TC Energy shut down the pipeline after the leak was detected.

Rockeman did not indicate whether cleanup of the spill had begun yet.

In a statement to the Times, TC Energy said it did not know the cause of the leak and that an internal investigation is underway.

“We are establishing air quality, water and wildlife monitoring and will continue monitoring throughout the response,” the statement reads.

The Hill has reached out to TC Energy for comment.

An addition to the pipeline, which carries crude oil from Canada through seven states, was at the center of prolonged environmental protests.

The incident occurred along a part of the existing Keystone pipeline system, not the 1,179-mile addition known as the Keystone XL pipeline, Rockeman noted.

President Trump, just days into his term, opened the door for TC Energy to continue its construction of the pipeline extension after former President Obama denied it a permit in 2015.

This is not the first oil spill along the Keystone pipeline system; an incident in 2017 caused more than 407,000 gallons of crude oil to cover agricultural land in South Dakota in a rural area near the North Dakota border. 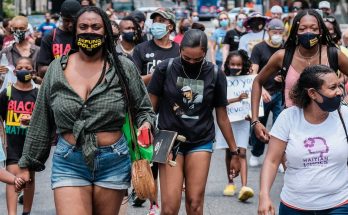