With only 6.2% of the world population fully vaccinated – and at the current rate, low-income countries waiting 57 years to be fully vaccinated – the Summit’s participants will seek to speed up the production, distribution, and delivery of Covid-19 vaccines to the world. Participants will consider concrete proposals to pool technology, invoke patent waivers and invest in rapid production.

Representatives from the governments of Argentina, Bolivia, Mexico, Cuba, Venezuela, the Indian state of Kerala and the Kenyan county of Kisumu will be joined by four vaccine manufacturers: Fiocruz, the Brazilian state manufacturer leading Brazil’s vaccination drive, Virchow Laboratories, an Indian manufacturer with a presence in over 100 countries and an annual turnover of $600 million, Biolyse, a Canadian firm seeking voluntary or compulsory licensing agreements and BioFarmaCuba, Cuba’s state manufacturer.

The Summit will also be attended by political leaders from around the world, including former leader of the UK Labour Party Jeremy Corbyn, former Greek Finance Minister Yanis Varoufakis and leader of the Colombian opposition Gustavo Petro, and representatives from healthcare unions from the US, Brazil and India.

What’s on the agenda?

The governments meeting at the Summit will discuss a number of proposals including:

Bolivian foreign minister Rogelio Mayta Mayta argues that “these proposals can begin to shift the entire logic of the global health system — from nationalism to internationalism, from charity to solidarity, and from competition to cooperation. The Summit is a first step on this journey of transformation.”

The Summit will also hear trenchant criticism of the G7 and its failure to take on the Big Pharma monopoly rules that are preventing global mass vaccination. The G7 has pledged to donate fewer than 1 billion doses of Covid-19 vaccine – less than 10% of global need. At the opening plenary, Jeremy Corbyn is expected to say, “Charity is not enough. The cheaper, faster, and fairer way to vaccinate the world is to waive the vaccines patents, share the technology and enable governments everywhere to manufacture them to provide for their citizens.”

Elsewhere at The Mint, Kevin Deane asks how colonialist influences can be incorporated into the development economics curriculum. 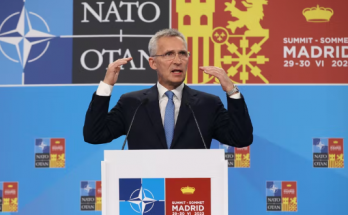