Restaurant lobbying groups and CEO lobbying contributed to many of the GOP governors now ending pandemic unemployment benefits. The governors parroted talking points pushed by some of their past donors: that $300 per week pandemic payments were encouraging people to turn down work.

Is there a labor shortage?

One month ago, the CEO of Landry’s—a $6.6 billion hospitality company based in Texas that includes in its portfolio multiple restaurant chains, like Morton’s Steakhouse and Bubba Gump Shrimp Company—hopped on cable news to raise alarm over what he believed was a major factor in the restaurant industry’s labor shortage: supplemental unemployment benefits.

Since December 2020, laid-off workers have been able to collect an additional $300 per week on top of their regular unemployment payments, a measure intended to help families make ends meet during the pandemic downturn. (Between March through July 2020, that bonus equaled $600 per week.) But with vaccinations rising, Covid-19 cases falling, and restaurants returning to full capacity after over a year of social distancing restrictions, a CNBC anchor asked Landry’s exec Tilman Fertitta: Could it be that Texans were “riding” on these unemployment benefits to avoid returning to work?

“100 percent,” he responded. “There’s no employees out there.” Fertitta also said that “the extra $300 a week” is emboldening people to turn down job opportunities, for example those at his restaurants offering $14 an hour.

What about the governor?

This messaging was later parroted by Republican Texas Governor Greg Abbott, who announced that the state would soon cut these very payments off. It was high time for Texans to get back to work, Abbott said in a press release, pointing specifically to open positions in the restaurant industry. Left unsaid was the over half a million dollars in campaign contributions that Fertitta had funnelled to Abbott over the past few years: S

ince 2015, Fertitta has poured at least $100,000 per year into Abbott’s political action committee, according to a search of campaign contributions on the Texas Ethics Commission site. The gifts total $650,000 through 2020, making Fertitta one of the governor’s top donors, according to an analysis of all campaign contributions by the National Institute on Money in Politics. In Texas, there are no limits to how much a donor can give to candidates running for public office. (The governor’s office did not respond to a request for comment. Landry’s press team also did not respond to a request for comment.)

If you liked this article, you might be interested in our featured article from last year, where Stewart Lansley asks if it’s time for a guaranteed income floor. 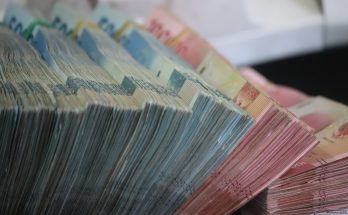 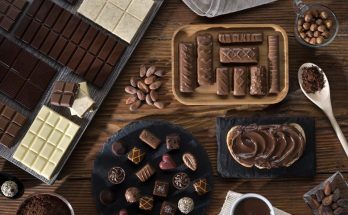