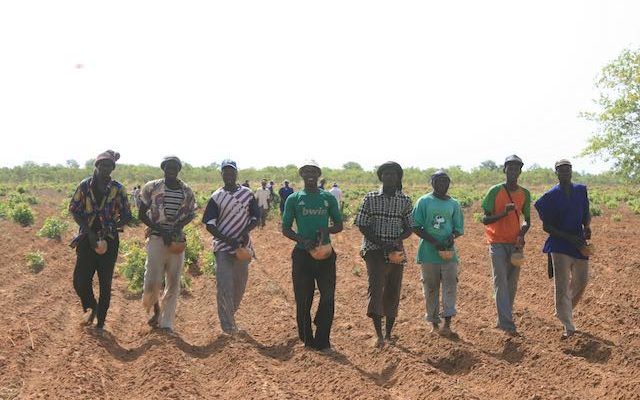 A combination of government edicts, broken promises and climate change has driven Malian villagers away from their collective livelihoods and traditions to bring prosperity for the few, not for the many. Camilla Toulmin recounts an African tale.

What can the study of a single village tell you about a large diverse region like the West African Sahel? I have documented how life has changed for the villagers of Dlonguébougou in central Mali over the past four decades, which shows it to be a microcosm of powerful forces playing out in different ways across the African continent. This has enabled me to see beyond the immediate headlines, and grasp underlying trends.

If you drive past the village of Dlonguébougou and many of its neighbours today, you might dismiss these low-lying, mud-brick settlements as stuck in a poverty trap, following traditional patterns of farming, and unable to respond to new markets and business opportunities. But you must look more carefully to observe the few visible signs of modernity. Notice, for instance, the cluster of solar panels and TV aerials, an indication both of how much income and assets have grown over recent decades and of people’s openness to take up new technology and innovation. 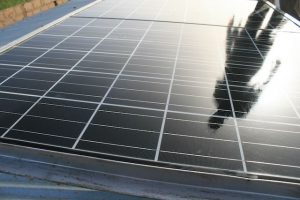 I started my first two years of fieldwork in 1980 when no such signs existed. My original intent was to conduct twice-weekly interviews with each household head. Together we would fill in a large questionnaire covering every activity on and off the farm, and all sales and purchases. But, because of the very large size and diverse structure of Dlonguébougou’s households (averaging 33 people today) and the household head’s consequent inability to speak for his many members, we abandoned these questionnaires in favour of a lighter-touch approach. This was made possible by living in the village, earning people’s trust, and observing many transactions as they took place.

“During the past 35 years the village has joined the consumer-society, acquiring much more stuff.”

During the past 35 years the village has joined the consumer-society, acquiring much more stuff: motorbikes, mobile-phones and ghetto-blasters have all arrived thanks to migrants’ remittances. More than 160 solar panels, large and small, generate power for lights, phones, fridges and TVs.

Hawa, a woman in her late 50s, says things have really changed since I first came in 1980: “Then, you had to spend all your time working for the collective household, it was really hard work. But things have become easier now, and everyone is pursuing their individual interest here in Dlonguébougou. Sesame fields are a big earner and put cash in your pockets.”

Whatever else may have changed over half a lifetime, daily life in Dlonguébougou remains highly seasonal. I was last there in late May, when the ground was parched and thick red dust collected in every crevice. But the prospect of forthcoming rains was visible in the wild jasmine flowers and puffy clouds on the southern horizon.

Setting out to visit Dlonguébougou once the rainy season has set in is an uncertain journey, along deeply rutted tracks that wind through the scrubby bush. You can easily mistake a field track for the road and end-up in a big ploughed field or, worse still, run the risk of a night in the bush, the car stuck axle-deep in a muddy pond. The landscape is lush after the rains start, with newly sprouted fields of millet and sesame greening up, and pasturelands thick with grasses. Later in the rainy season, as the millet reaches its full height, villages are hidden behind a green wall three metres high, the ripening spears of grain nodding as you pass.

Making the most of the short rainy season is critical to filling the granary – the cereal must feed the family for the next 12 months. But getting a good harvest is harder than before, and many of the big granaries lie broken and empty. Land which once seemed so abundant, is now scarce. From Dlonguébougou northwards, there had been a huge expanse of open bush, with only the rare encampment of herders. In 1980, the village chief said confidently “the bush is so big, it can never finish”, yet 25 years later he sorrowfully admitted it had come to an end. “It’s finished, it’s ruined…”

How could such land abundance turn to scarcity in this short a time? Population growth has been part of the story, with a trebling of the village population over the last 35 years. But the main cause stems from promises made in the capital Bamako, and decisions taken in Beijing.

Several villages, 50km away from Dlonguébougou, have been turfed off their ancestral lands to make way for a large sugar cane plantation. One day in 2010, these villagers were called to a meeting with government officials. They were told their land had been given to a Chinese company, who would give them lots of work and provide schools and clinics. Two weeks later, the bulldozers arrived, churning up their plots, cutting down their fruit and shade trees and uprooting the baobabs which had stood guard over their settlements for many generations.

“They were told their land had been given to a Chinese company, who would give them lots of work and provide schools and clinics.”

Hundreds of farmers needed to find land urgently to grow food for their families. So they set off north and westwards to ask for help from friends and relations in neighbouring villages.

Although their villages had been settled since pre-colonial times, the government of Mali has the legal right to take land for projects intended to benefit the nation, but should compensate the evicted for their losses. Ten years later, the farmers are still waiting to be paid and for the jobs, schools and clinics. And, as they say, even if financial compensation finally arrives, what will they do with it? Above all, they need land, and must beg it from villages like Dlonguébougou, which now hosts more than 70 farming households who have come seeking land to cultivate.

Land shortage around Dlonguébougou means crop yields have fallen. Farmers used to rely on livestock dung to keep their fields fertile but, with many more fields being cultivated, grazing has run scarce, and there is not nearly enough fodder to feed the animals. With less dung, soil fertility has declined, and can no longer nourish a healthy crop – they say: our soils have no power left.

A changing climate has also led to poorer harvests. The total amount of rain the villagers now receive has actually risen a lot since the 1980s, but it falls in a small number of big storms, which flood the land and settlement, rather than light rains needed to moisten the soils. Last August, at the height of the rainy season, the village received more than 160mm in 24 hours, an event unheard of before. Many houses fell down, granaries crumbled, toilets collapsed under the torrential downpour, and water lay on the fields for days. With black humour one farmer joked maybe this was a sign they should start growing irrigated rice rather than dry-land millet.

The poor harvests have led some people to leave the village altogether. The business of farming is too difficult and very hard work. As a local farmer Ganiba says “I no longer see a future in the village. We need to give our children new opportunities, schooling and work. We must look to the city to find this.”

Many young men and women are away for years at a time, living in the capital, Bamako, earning cash. The girls work mainly as housemaids – cooking, cleaning, and washing clothes for the families of richer urban dwellers. Young men hawk bread as street traders, or work as labourers. And a few go to dig gold in the hazardous pits in old mining areas. It’s a risky activity, as the walls may cave in and trap the miner, but if you’re lucky, you can earn a lot in a short time. With their earnings, a couple of young men from Dlonguébougou have reached Europe and are trying to make a life there.

Everyone says they have become better off in material terms since 1980, but they acknowledge that individual wealth has been at the expense of collective prosperity. The pockets of individuals may bulge with cash, but the collective granary has shrunk. It can no longer meet the needs of the family.

“The pockets of individuals may bulge with cash, but the collective granary has shrunk.”

Many African governments have courted domestic and international “investors” to acquire land and “modernise” the farming sector since it is assumed that ordinary farmers are incapable of such a task. But they have been blind to the tremendous abilities and resources of their own people which I saw for myself over 40 years.

■ Camilla Toulmin is an associate at the Institute for New Economic Thinking (INET), and at the International Institute for Environment and Development (IIED), having been its director for 12 years.

■ Land Investment and Migration: Thirty-five years of village life in Mali can be ordered from Oxford University Press. Order online at www.oup.com/academic with promo code ASFLYQ6 to save 30%.

Camilla is currently associate at the Institute for New Economic Thinking (INET), and at the International Institute for Environment and Development (IIED), having been its Director for 12 years. She … 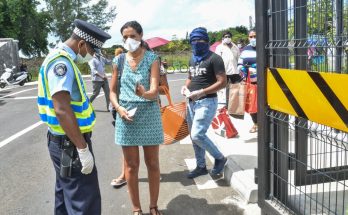