How can we make work in the post-pandemic world work for us? Richard McNeill Douglas plays with some ideas.

Covid has not been the only pandemic we have had to deal with in the past year. The public health crisis has given rise to a contagion which is spreading fast to become a global phenomenon. With so many journalists, academics, and management consultants working from home, it was inevitable there would be an outbreak of articles, podcasts, and presentations about the experience of lockdown, and what it means for the future of how, and where, we work.

Is this the death of the office? Have we seen the end of the commute? Will public transport ever be financially sustainable? What will happen to city centres? Are Zoom meetings here to stay? How do we build back better? Is the high street in a terminal condition?

These are vital questions. A good example of writing which tackles these themes comes from the journalist Simon Kuper. Kuper synthesises ideas from a range of sources to come up with a blueprint for the “convivial city”.

His vision begins with a new conception of the office. The long-running culture of commuting five days a week is not going to come back, Kuper suggests. Instead, people will continue to work from home for much of their time, coming together for fewer but more important face-to-face meetings — whether in conventional offices and cafes, or over a weekend in a country house. With less demand for offices, some of them will be converted to housing. Shops, too, will be winnowed out, with lockdown having accelerated already powerful trends towards internet retail.

Conversely the de-emphasis of city- centre office working will lead to a demand for neighbourhood office spaces, where people who want or need to escape home to work can do so. Increasingly, there will be the growth of multi-purpose neighbourhoods, combining office, residential, commercial, and cultural uses. This is the vision of the “15-minute city” where “all of life is close to hand and spaces are used nonstop”.

This vision holds out cities with fewer cars and more conviviality; where their centres grow into neighbourhoods, and current suburban neighbourhoods become thriving centres of work; where pollution reduces along with the distance between different city-dwellers.

As attractive as this vision is, it comes with some risks. Most obviously, the risk is that not everyone will benefit from the transition to the post-office city — and that those who will lose out are the same ones who have been losing out during the decades of transition to a post-industrial economy.

As observed by Christopher Lasch, post-industrialism has tended to favour those whose work involves the processing of words and images over those in blue-collar industries. Lasch was an early analyst of the growing cultural class-     conflict this fed into, between “metropolitan information workers” (usually graduates) and those we might call “in-person workers” – who don’t work in an office and can’t work from home – encompassing those who labour and those who work in services that interact with the public.

The pandemic has brought this divide to the fore. While some people stayed at home during lockdown, in-person workers  were exposed to higher risks, often aggravated by insecure employment conditions which made it hard for them to self-isolate.

A new conception of urban living that glosses over these workers will not function if, for instance, it fails to account for their ongoing need for greater mobility to do their jobs. Or, to the extent that it succeeds in elevating the quality of life for information workers alone, it risks widening alienation between classes of workers. An echo of this potential division can be heard in the heated discourse over the low-traffic neighbourhoods that have been introduced over lockdown.

Another risk extends to information workers themselves, and to the convivial cities in which they might live.

Lockdown’s great message has been that homeworking works (and reduces the carbon emissions associated with commuting). But to an extent, things have been coasting along on already-mature working relationships, organisational cultures, and senses of place. The cultural and psychological effects of a decisive shift from office to home-working are yet to be truly felt.

As Noreena Hertz notes contemporary life is already marked by an “economy of loneliness”. Tech firms and apps that facilitate what Hertz calls “contactless living” appeal to our growing sense of dislocation from others, offering us thin connections that can make us feel more isolated in practice.

The loss of the office threatens to expand and accelerate these trends. Anthropologists have already observed that there are economic and social benefits to the office which are easily overlooked. But what is even less appreciated is the role city-centre offices play in giving the people who work there, and the places they live, a sense of rootedness within a largely anonymous urban scene.

The effects of city living were famously described by sociologist, Georg Simmel, who wrote about the impact of continually encountering people on the streets with whom we have no obvious connection. To avoid feeling overwhelmed, he observed, we withdraw into ourselves while in public, becoming more anonymous and more solipsistic at the same time.

Our working relationships form one pole of the more intimate social environments we depend on to equalise our sense of self against these modern pressures of anonymity. Friends and family form the other pole; and for many commuting was the passage between the two. Lose the office, and we may lose one of these poles, risking a destabilisation in our sense of who we are.

Further risks include the loss of a sense of place. Cities have a centre for economic reasons: this is where people need to come to work and be entertained. Suburbs and commuter towns radiate around them for related reasons: they are where people need to live to reach city centres. If office work and commuting are lost at a stroke, then economic geography suddenly becomes an abstraction.

Many former industrial towns have already suffered something similar. Towns (as opposed to cities) have tended to grow up around a specific geographical feature or industry. When the market moves on, an entire community can suffer an existential crisis. But if remote working becomes universal then everywhere will experience this same form of delocalisation — in the sense there is no economic reason why anyone should be working and living where they are, and not somewhere else.

So, how to make post-pandemic working work for us? The experience of lockdown has already given us a sizeable clue. Early on in the pandemic it was established which groups of workers had to be exempted from lockdown to carry on vital work that could not be done from home. Suddenly, in-person workers acquired a new title – now they were the key workers.

Anchor Institutions and the Foundational Economy
The foundational economy has been described as the sphere of economic life concerned with meeting “the basic requirements of civilised life for all citizens”. It includes material infrastructure (water pipes, gas and electricity networks and so on) and “providential services” – education, health, adult social care, and welfare. Conventional theorising about the drivers of gross domestic product growth render the foundational economy virtually invisible, but it comprises the essential functions of the economy.

One of the key ideas related to the foundational economy is that of “anchor institutions” such as housing associations, universities, schools and hospitals. What is special about these organisations is that they have an important local economic impact as employers and purchasers, and they are unlikely to relocate outside their current locality. This creates the potential for them to foster networks of spending and relationships towards building local wealth and economically thriving communities.

The term key worker had been used before, but tended to be reserved for doctors, nurses, teachers, and emergency service workers. Now it was being extended to a huge range of in-person workers – the school support staff, shop workers, farm workers, delivery drivers, public transport workers, care workers, builders, and cleaners.

At the same time, the businesses which were able to keep going during lockdown (some even thriving) tended to be those located closest to their customers, and in the business of serving their more essential needs.  Will Brett, observed that these businesses tended to have something in common: they were what the Foundational Economy Collective would describe as a “rooted firm” or “anchor institution”: an economic organisation with “long-term links and relationships into its various stakeholders – its customers, its workers, its supply chain and the wider communities where these groups are based,” (see box).

Putting these ideas together, we can approach the idea of building a post-pandemic economy from two directions. The idea of key work gives us a template for recognising the value of those jobs that are fundamentally necessary. The idea of anchor institutions, meanwhile, gives us a model for the economic organisations within which key work can thrive. Together these ideas take us back to the most basic concern of economics: the activities required for the material reproduction of a community. To put this back at the heart of economic life would be to restore, simultaneously, an individual’s sense of being needed and an area’s sense of place.

What might this mean in practice? First, key work should be the guiding principle for the kinds of roles that the state ought to be incentivising, guaranteeing, and employing itself. Second, there should be greater expectations and opportunities for part-time, occasional, and volunteer key work for others — not least those information workers, exiled from the office. In this way, all would remain anchored to a specific locality, helping to keep a particular community going.

Could the idea of key work offer an antidote to the potential divisions and disorientation that could be accelerated by the loss of office culture? Certainly, the more that people see themselves and others as being engaged in key work, then the more the alienating impersonality of modern life would be reduced. And the more the cultural class rivalry identified by Lasch would be repaired. Even if we didn’t know the people we see around us, we would trust more that we needed them in some way — and that they needed us.  What better basis for a convivial city? 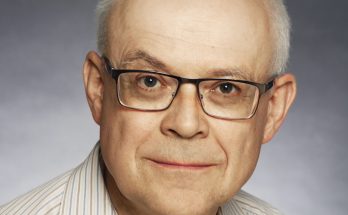 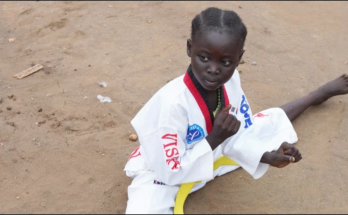