A circular economy requires a more holistic view of the economy (image by Tony Biddle 2020).

I vividly remember the first time that the idea of a circular economy was brought to my attention. Professor Conny Bakker was standing in front of what was the smallest lecture room of the faculty of Industrial Design Engineering at Delft University of Technology, The Netherlands. “Waste is design gone wrong,” she told us. This was the faculty’s (probably the university’s) very first course on circular product design – offered only as a short elective to a handful of undergraduate students. The circular economy seemed to be exactly the idea I was craving for: it gave business and design a lead role in the story about a more prosperous and resilient future.

The circular economy has proven to be an inspiration to not just myself, but to many businesses that are looking at shifting their business model, as well as multilateral organisations like, for example, the European Commission working on the Green Deal. At the heart of the idea is the notion of designing out waste, restoring and regenerating natural capital and extending product lifespans. It promises to decouple economic growth from resource constraints. Pretty much all of it will be sparked up – it seems- via the digital revolution. It is a bold aspiration.

Over the years, some companies and consultancy groups took up the idea of a circular economy in its modern iteration and started developing tools and methods. As illustrated in Box 1, these attempts often end up as lists. Reading the five proposed business models, the idea of a circular economy sounds conventional, along the lines of “let’s keep the economy mostly as it is but rework the question: how do we produce?”.

It is visible that in the process of maturing, some key lessons of original thinkers may have disappeared in the on-going public discussion. Most of those who laid the foundations of a circular economy, such as Braungart and McDonough (Cradle to Cradle), Janine Benyus (Biomimicry) and Gunter Pauli (Blue Economy) say that at the heart of a circular economy is a shift towards using insights from contemporary science, especially feedback-rich systems and living systems in particular.

A systems view takes the mundane toolbox and replaces it with a perspective, or a lens through which to see the possibilities for a more authentic circular economy. It seems that most lessons that became lost over the years, require a worldview that embraces more complexity than the linear, mechanistic worldview. Therefore, to ensure that the discussion moves away from merely a list or a toolbox towards the more holistic idea of a circular economy, it is key to re-address and put emphasis on some of the insights about a circular economy that got forgotten over the years.

Lesson one: effectiveness before efficiency

The early work of Braungart and McDonough puts emphasis on the difference between effectiveness versus efficiency. Using Peter Drucker’s characterisation of the difference between “doing the right thing” and “doing things right” they would often explain the concept of effectiveness through the metaphor of a cherry tree: every year, when a cherry tree blossoms it creates an abundance – all this to obtain just a replacement tree eventually?

It could perhaps look inefficient and wasteful when the ground is covered with cherry blossom, but this abundance has evolved over many centuries to serve rich and varied purposes. In other words, what looks like waste is in fact food for the system. It is effective. By contrast, most of these new or re-energised business models described by Accenture and ING (see Box 1) are about using less material or increased utilisation rather than rethinking how value is being created in a system. These ideas evolve more around efficiency. Is that a problem?

Sally Goerner may provide an answer to this: she reveals that most effective systems contain an interplay of efficiency (fewer nodes and connections) and resilience (many nodes and connections). When a system operates with the right balance between the two, it creates the “window of viability” (see Chart 1)

Efficiency has a role to play in a circular economy, but there needs to be an interplay with resilience to ultimately lead to a system which is effective. To illustrate this, we could look at mycelium. Mycelium is part of the vegetative part of a fungus and embodies two different features (1) structure and flow (2) exchange and resilience.

The tips of the mycelium are where exchange of nutrients happens. Abundant mycelium tips reach all nutrients in the soil and on different levels. Once the exchange is done, it is important to get the nutrients to the right place in the system. This is where the structure and flow features come in, the bigger thread-like structures help to transport nutrients to the place where they need to be – efficiency.

“A circular economy that focuses only on supply-side efficiency is going to be fragile and monotonous.”

Like in mycelium, the combination of efficiency and resilience make the system work effectively. This is a near-universal feature in living systems. If there are too many small, niched connections it would be difficult to transport nutrients to different parts rapidly. If there are only larger mycelium threads, this becomes an issue when there are not enough nutrients available at the place where the thread reaches to soil. Efficiency on its own leads to brittleness.

Imagine a tree with one big leaf. This could be efficient, especially when the surface area of the one big leaf can be the same as a normal tree. But how does a tree like this cope with shocks, say local damage after a storm – the risk of catastrophic failure is high as there is no redundancy.

A circular economy that focuses only on supply-side efficiency is going to be fragile and monotonous. Diversity gives creativity as well as contributing to resilience or the strength of a system – this can refer to diversity of scale of business, biodiversity and cultural diversity for example. The reason why diversity in a circular economy needs a more prominent role than it currently has is because feedback plays a bigger part in the system.

An effective system has more nodes and connections that influence and communicate with each other. Altogether, this information can help the system react to opportunities for change or, as we have seen before, allow a recovery from the shock – be resilient.  Call this the ‘remember function’.

Lesson three: feed the forest to feed the trees

A key insight from circular economy pioneer, Walter Stahel, is that the circular economy is a stock-maintenance concept. It is about maintaining and increasing the stocks of available capital, whether manufactured capital, social capital, infrastructure or natural capital – the capacity of the land, sea forests to produce a flow of goods and services over time. A linear economy is extractive rather than circulatory and, therefore, degenerative of capitals.

This simple but profound insight is often missed when the dominant mindset is still one of doing less harm. Can an economy be considered circular when there is no activity that rebuilds or adds to capitals? The phrase ‘feed the forest to feed the trees’ encapsulates the idea as this feeds the soil and all its vast array of activity out of which all which we might describe a forest depends.

“These cherries from the circular economy are already being picked.”

So why were these lessons forgotten in the first place? Most of the ideas around a circular economy that were taken up, successfully aligned with a mechanistic worldview. That worldview originated from the industrial revolution, the rise of machines and digital technology. It assumed that humans are in control of the outcome of the machine and the subsequent disconnect with the natural world left important lessons behind.

The shift from products to services, using renewable energy resources instead of fossil fuels and extending product life cycles doesn’t require one to look at the world around them in a different way. These cherries from the circular economy are already being picked. To do the bigger idea of a circular economy justice, it is important to change the lens through which we view the world and to take on board all the forgotten lessons. After all, 3.8 billion years of evolution has much to teach as architect, Richard Buckminster Fuller, reminds us: “I’m not trying to copy nature. I’m trying to find the principles she’s using.”

I’m deeply grateful for the insightful conversations and the exchange of ideas that Ken Webster and I had.

Emma has a background in industrial design engineering and is currently part of the University of Cambridge Institute for Sustainability Leadership (CISL). At CISL, she is the course director of … 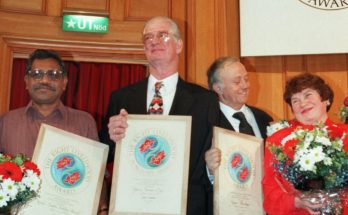 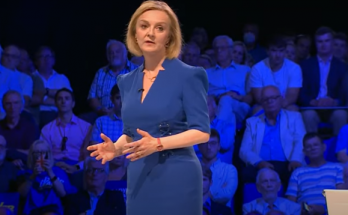 One Comment on “Three forgotten lessons about the circular economy”