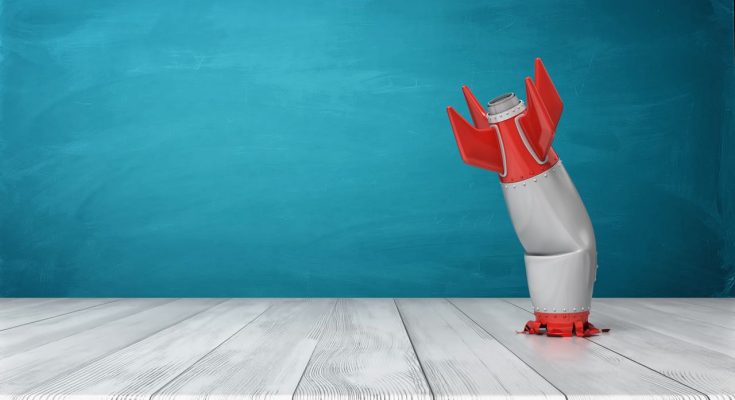 Nat Dyer tells the story of how two Nobel Prize winners almost brought down the world’s financial markets by putting their “rocket science” finance theory into practice. Sounds like a fairy tale, but it was all too real for those left to clean up a trillion-dollar crash.

When Robert Merton and Myron Scholes won the Nobel Prize in Economics, they had no idea that less than a year later the hedge fund they had helped create would collapse and have to be bailed out to the tune of $3.6 billion. It could be a modern-day fairy story; a cautionary tale of greed, arrogance and the chasm between orthodox economic theories and the world outside the window.

The story began in America in 1973 when three brilliant mathematical minds, trained by the greatest economists in the land, cracked a problem which had puzzled the brightest minds for decades. They found a simple mathematical formula to calculate the correct price of financial products called derivatives.

Two men, Black and Scholes, first cracked the code, giving the formula its name. A third man, Merton, inspired by mathematics from Japanese rocket science improved the model. It made them academic superstars and sparked a revolution in the markets.

Soon, financial traders – first in Chicago and then worldwide – were buying and selling billions of dollars of derivatives with the help of pocket calculators loaded with the Black-Scholes model. The formula inspired new financial products, ways to trade mortgages and student loans which had never before been dreamed up.

The three men landed prestigious jobs at Harvard, Stanford and Goldman Sachs and said the formula had reduced, or even eliminated, risk from financial markets. It seemed as if they had discovered the secret to financial success. The derivatives market boomed.

Two decades passed and Fischer Black died. Not long afterwards Merton and Scholes were given the greatest prize in economics: the most prestigious intellectual award in the world, a Nobel “for a new method to determine the value of derivatives”. On hearing the news, Merton’s Harvard students gave him a three-minute ovation. The two men travelled to Sweden in December 1997 to receive the $1 million prize and the medal from the King. Their place in history at the very pinnacle of economics was assured.

It was something that could only be dreamed of once in many lifetimes, said Merton. Life was good for the professors. They had begun to cash in on their remarkable discovery and were on the verge of joining the super rich.

Merton and Scholes were partners in the hottest new hedge fund in America: Long-Term Capital Management (LTCM). The all-star team – run by John Meriwether, the trader immortalised in Michael Lewis’s Liar’s Poker – brought together seasoned Wall Street operators with the Nobel Prize laureates to use mathematic models to predict prices. The two professors weren’t involved in the day-to-day trading but their credentials helped the fund attract billions of dollars in investment.

Scholes, the fund’s best salesman, would explain how LTCM’s model allowed it to make money on thousands of trades “vacuuming up nickels that others couldn’t see”.

And it worked, spectacularly. For two years, the fund returned more than forty per cent to investors each year. An astounding rate of return. The partners reinvested their fat fees into the fund which paid little tax. LTCM was based in Connecticut but owned through the Cayman Islands. To preserve its “offshore” legal status, partners attended annual meetings in a hotel close to Toronto airport.

“LTCM’s model allowed it to make money on thousands of trades “vacuuming up nickels that others couldn’t see”.”

Scholes quit teaching at Stanford to join LTCM full-time. Once, he was asked if he had more money or brains. “Brains,” Scholes replied, “but it’s getting close.” Merton left his wife, dyed his hair red and rode around in a dark Jaguar.

LTCM borrowed heavily to vacuum up more nickels, secure in the belief that the risk of every trade was hedged by derivatives inspired by the Black-Scholes formula. The fund told its investors it could calculate risks of losses with decimal place precision. This was not just a hedge fund, they said, this was a financial technology company.

And then, even more suddenly than its rise, the fund built on “rocket science economics” exploded. The trouble started in a far-away country.

Thailand and a string of its East Asian neighbours which had recently opened up to global financial markets were thrown into economic turmoil. The panic spread. Many traders returned to safe American government bonds, but LTCM doubled down on its bets, blinded by the power of their mathematical models which said the storm had to pass. Then, in 1998, it got much worse: Russia stunned the world by refusing to pay its international debts.

The Black-Sholes formula despite its brilliance was fundamentally flawed. In order to crack the problem which had eluded everyone else, the three men had stripped away complexity and built their mathematics on shaky foundations.
Baked into the formula were assumptions copy-pasted from physics. The model essentially saw human beings as molecules. It said volatility would remain constant, markets rational and prices would move smoothly without any jumps. Events were about to show that markets and human behaviour were not so easily tamed.

A few days after the Russian default, LTCM lost an astounding $500 million in a single day. That month, the fund lost $2 billion, almost half of its capital, an event so unlikely according to their models that it should not happen even once in the entire life of the Universe. LTCM was five years old.

The fund’s investors pressured it to open up its secretive books and were shocked at what they found. A trillion-dollar exposure to complex derivatives built on a rapidly collapsing base of capital. A gleaming skyscraper on foundations of balsa wood. CEOs feared it could bring down their banks.

One risk manager from Merrill Lynch said, “We had no ideas they would have trouble – these people were known for risk management. They had taught it; they designed it… God knows, we were dealing with Nobel Prize winners!”.
In September 1998, nine months after the King of Sweden had placed the Nobel medal in economics around their necks, Merton and Scholes’ dream shattered. As time ran out, the US Federal Reserve corralled 14 investment banks to contribute a total of $3.6 billion to bailout LTCM. Without a rescue, regulators worried the entire financial system would collapse. It was as if a Nobel Peace Prize winner had just sparked a war.

“We had no ideas they would have trouble – these people were known for risk management. They had taught it; they designed it… God knows, we were dealing with Nobel Prize winners!”.

The two laureates lost millions personally, the pension funds and others who had invested lost much more. The two men nearly broke down and were fearful about the damage to the prestige of financial economics.

“It was like getting hit by a truck,” said Merton. Scholes, who remarried the week after LTCM collapsed, joked in his wedding speech that instead of his wife taking his name, he would take hers.

America’s top officials were in no mood for laughs. The US Secretary of the Treasury said it was the worst financial crisis in half-a-century. A little-known Congressman from Vermont, Bernie Sanders, lambasted the “gambling practices of the Wall Street elites” and demanded to know “why the Federal Reserve has organised a three-and-a-half-billion-dollar bailout for billionaires”. Alan Greenspan, Chairman of the Federal Reserve, fingered Merton and Scholes for blame saying sometimes: “human beings get bedazzled with the people they are working with”.

The whole true story is told masterfully by Roger Lowenstein in When Genius Failed and in a BBC documentary, The Midas Formula. For Lowenstein, the professors’ intellectual house of cards crashed down because they “had forgotten that traders are not random molecules, or even mechanical logicians… but people moved by greed and fear, capable of extreme behaviour and swings of mood so often observed in crowds… They had programmed the market for a cold predictability that it had never had…They had forgotten the human factor.”

“We now know that LTCM was just the warm-up act for an even more devastating global financial crash a decade later, also caused in part by huge borrowing and complex derivatives”.

Traders fluent in the Black-Sholes model talk about beta, gamma and theta risk, but as one banker quipped “one Greek word that ought to be in there is hubris”.

Even when Merton and Scholes received the Nobel Prize, derivatives had already been blamed for sparking the 1987 ‘Black Monday’ Wall Street Crash and the bankruptcy of the 230-year-old Barings Bank in 1995. We now know that LTCM was just the warm-up act for an even more devastating global financial crash a decade later, also caused in part by huge borrowing and complex derivatives.

Despite the failure of the professors’ attempt to put their Midas formula into practice, it has inspired models that are still used millions of times a day. The notional value of the global market in financial derivatives is an unimaginable $544 trillion, according to the Bank for International Settlements. That’s almost seven times the annual global economic output.

While many question the social utility of such huge volumes of financial trading, the formula provides a rationale: the more trading, it says, the more efficient the market. For some, derivatives are essential tools for managing risk. For others, they have helped to create what the political economist Susan Strange called “casino capitalism” and its political backlash.

The Nobel Prize in Economics, fifty-years old this year, has celebrated some politically naïve ideas over the years from leaving markets to regulate themselves to sharply cutting taxes on the “1%”. But, never have the laureates’ ideas blown up in the real world so quickly, so catastrophically as the 1997 winners.
Let’s remember and retell the tale so we can write a new economic story with a happier ending

Nat is Programme Director for Promoting Economic Pluralism and a writer based in London. He was previously a campaigner with anti-corruption group, Global Witness. He tweets at @natjdyer

The coarse in economics

The pathology of economics