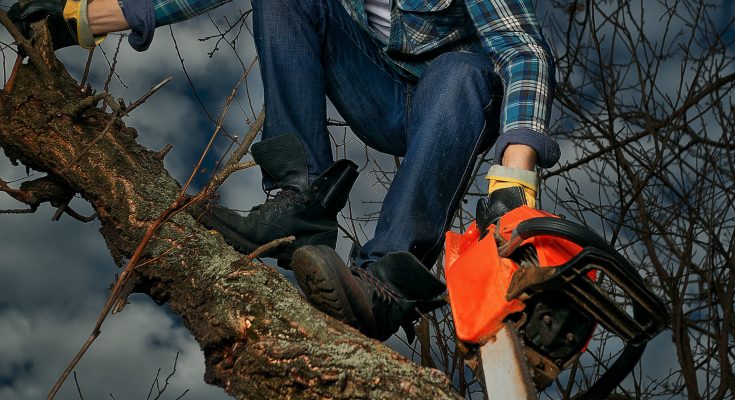 People risk their lives to defend an environment they, and we can thrive in, but they are also changing our global economy. Nick Meynen writes.

One June morning in 2008 The Times carried an image of a wrecking ball smashing into St Paul’s cathedral. But it wasn’t news; more a prediction.

No harm was actually anticipated to come to Christopher Wren’s masterpiece. But an Indian community from Odisha in the east of the sub-continent was seeking to impress on UK investors the outrage an international mining company was proposing to inflict on its hallowed spot in the Niyamgiri hills. In its search for bauxite, London-listed Verdanta was looking to tear up an area that was not only a cultural and religious symbol, but also a vital source of water, food, medicine and fuel for local communities. 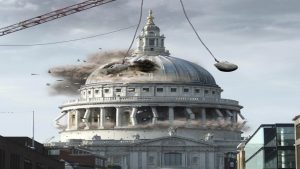 The revenge on St Paul’s flier came after a ten-year struggle in which thousands of locals had unwillingly found themselves fighting on an increasingly common kind of frontline, one where environmental justice is at stake. For the Indians, cooperation with ActionAid’s London office worked. Vedanta’s $7-billion plan went up in smoke. It’s stocks tanked after it lost a key investor: the Church of England.

The Environmental Justice Atlas has around 3,000 such conflicts but its research team knows that this is the tip of the iceberg. When studying them, it becomes clear that the power of multinationals has been growing, but so has the power of multinational resistance movements. Many of them don’t just want to save their own community, they are changing our society at a very fundamental level.

“Vedanta’s $7-billion plan went up in smoke. It’s stocks tanked after it lost a key investor: the Church of England.”

Ever more growth in mining, world trade, consumption and gross national product is no longer tenable. The burgeoning conflicts tell us that the current political and economic system is far from stable, but struggling to keep its grip on power. The impossibility to continue with business as usual is exemplified with the story of sand.

With the beach near her house south of Mumbai shrinking, Sumaira Abdulali was alarmed by the back and forth of trucks at night. After calling the police she told me: “Instead of rushing to the crime scene, they apparently warned the illegal sand miners.” One of the guys that came to beat her up was the son of the owner of a major construction materials company, who later even became a minister.

“Even the most mined material in the world is facing rising scarcity and extraction costs.”

Sumaira didn’t stay quiet. Her lawsuit caused a ban on sand extraction, but also a second attack on her. In India alone, hundreds were killed when trying to stop the sand mafia. Sand mafias exist not only in India. They are just one part of the puzzle that explains why 90% of all beaches in the world are shrinking. Humanity just takes a lot more sand away from the surface of planet earth than is produced by nature.

In sum: even the most mined material in the world is facing rising scarcity and extraction costs. Sand conflicts are become international too. Singapore imports sand to expand its territory, but its neighbours stopped selling because of the damage that comes with extraction. The price of a kilo of sand in Singapore got more expensive than a litre of crude oil. Sand is becoming the new oil.

And it’s not just sand. Or bauxite. Every year, the number of tonnes humanity mines increases. Reading empirical evidence in peer-reviewed scientific papers showing that more mining leads to more conflicts, it soon becomes clear that we are at war with nature. But as we are also a part of nature, we are cutting the branch on which we sit.

However, the “we” hides increasing class divisions, as well as major geographical shifts. Always more violence seems to accompany the unaffordable part of extraction, from fracking – an underground chemical warfare to squeeze more gas out of the earth, to above-ground warfare against earth defenders: the number of defenders killed for what they do has gone up from one to four a week in only a decade.

When you look at the net flow of resources and goods around the globe it is difficult not to conclude that grabbing other peoples’ resources on scales never seen before is the bedrock of the post-war economic “success” of the West. Sending polluting industry to what World Bank economists call the “under-polluted” countries is another part of the default strategy.

“The consumer-is-king narrative is killing us all.”

To make this strategy work, global trade needs to boom. Between 1950 and 1992, the number of tonnes shipped over sea increased eightfold. It has grown exponentially ever since. Most economists seem to assume that geographical and physical limits are now a thing of the past. They are in denial of the true cost of that global trade, such as climate change. We now see the revenge of geography and the revenge of the victims of what is by far the largest share of all global trade: unfair trading between unequal partners.

This disconnect with reality was on display in a pro-TTIP article Ships that pass in the night, in The Economist. As it mentioned ships, I hoped it would mention the titanic drawbacks of long-distance shipping transport: fast-rising shipping emissions, boats being beached in Bengal and the outsourcing of polluting production. But it was about oysters. San Francisco oysters, it claimed, are every bit as delicious as those of Normandy. The French are deprived of them and TTIP will finally fix this problem. 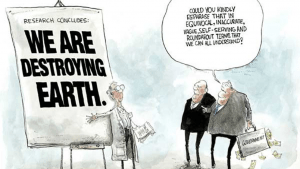 Earth scientists are crystal clear: the metabolism of our economy is too high. The consumer-is-king narrative is killing us all. Shipping oysters from San Fran to Paris in cooled containers is the kind of trade and growth that we neither need nor can afford. When you hear someone spinning about the urgency to lower trade barriers further just to promote growth, they are stuck in an ideology disconnected from the physical and human realities on the ground. Sustainable growth is a myth. It is time for something new.

Here’s something to consider. As of writing, there is just one carbon negative country on earth. It takes more greenhouse gasses out of the air then it puts into it. The same country is also a record breaker in reducing poverty and increasing life expectancy. It did this while not joining the World Trade Organisation, not allowing large mines and choosing explicitly to not go for growth as its guiding principle for the economy.

While Bhutan is not Shangri-La on earth, its achievements over the past decades show us that we are not doomed at all. We have a choice. We can develop without waging war on nature and the people who defend it. The laws of nature can’t be changed, but we can change our core beliefs about the meaning of good governance in the 21st century. 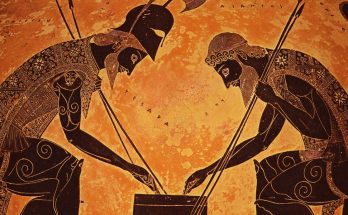